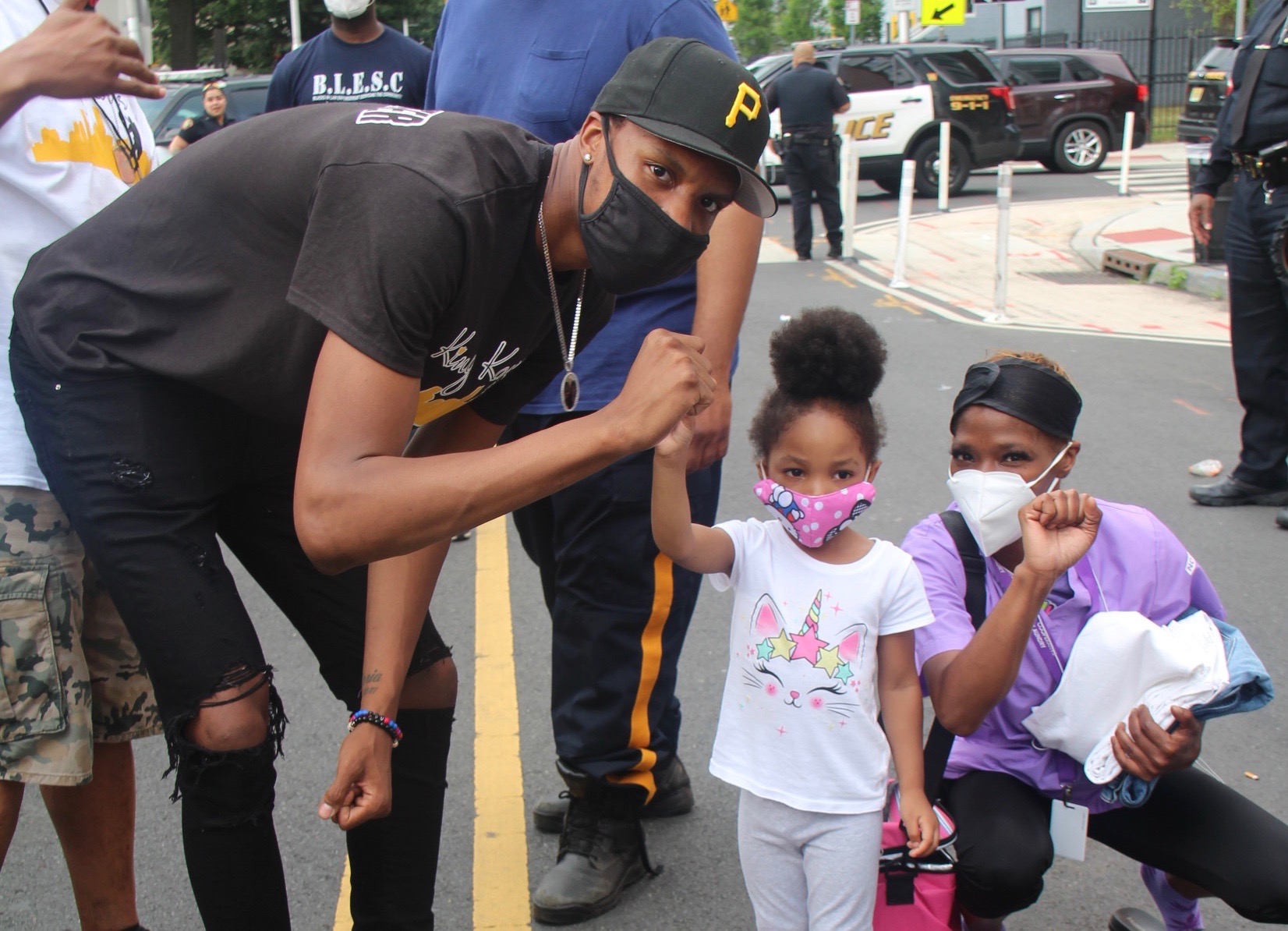 Joined by his mother, Altivea, his father, Louis (a retired firefighter), and his brothers and sisters,  King provided about 350 meals to local residents affected by the coronavirus pandemic. He gave away souvenirs like book bags, “King Kares” T-shirts, and bracelets, and he autographed black and gold basketballs, presenting them to the first 50 children attending the event.

“I did this because I felt during this time that people were suffering in a dark place,” King said. “I wanted to help them up in the best way, in an ordinary fashion.” 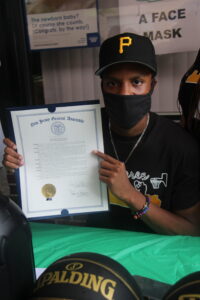 “It’s always a good thing to be appreciated whether it’s a medical or racial crisis,” Council President Watterman said. “It’s truly amazing when someone decides to still come and give back to the community, which Mr. King has done.”

“I didn’t expect the award,” King said. “That was great of them to hand me that for giving back to my community. It motivates me to want to do better. It’s about more than basketball. It’s about helping the people coming up.”

The second to youngest of eight, King spent his early childhood on Woodlawn Avenue in Jersey City. When he was 11, he and his family moved to Columbus, in the southern part of the state. King returned to Jersey City to attend Hudson Catholic High School where he was chosen for the 2018 McDonald’s All-American basketball team. A year earlier, he’d represented the U.S. at the 2017 FIBA U19 World Cup in Cairo, Egypt where he helped bring home the bronze medal.

“Growing up, I played a lot of sports—baseball, basketball and football,” King recalled. “Once I got to seventh and eighth grade, I could say I was more serious.”

King enrolled at the University of Oregon where he was named to the Pac-12 All-Freshman Team, and in 2018, King ranked among the top 25 prospects of the recruiting class by ESPN, Rivals, and 247Sports.

He recounted, “After my first year of college basketball, I went pro, on a two-way contract where I have the opportunity to play with an NBA team and a junior team, where guys go down and show off their skills.”

Growing up, King says he looked up to players like Tracy McGrady, a seven-time NBA All-Star  who played with the Detroit Pistons from 2010-2011 and wrapped up his career in 2013 with the San Antonio Spurs. 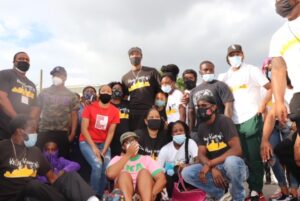 “I looked up to Tracy McGrady on and off the court. By the way he carried himself, he always approached the game with seriousness, always wanted to be a better player. That’s mainly what this game is all about. Being humble and taking advantage when opportunities call.”

Eager to get back to the game since the Covid-19 epidemic shut down the league, King says the Pistons are rebooting.

“They shut down the league because they didn’t want other players getting sick. Now we’re going to have the NBA restart. My team didn’t make the cut, so we’re going back to Detroit and working out, getting better, and staying in the gym.”

“It was great for the community, my family, and my team. There’s always been a connection—and there always will be a connection with Jersey City. Jersey City is a part of me.”

Editor’s note: Mr. King’s “King Kares” charitable efforts are not to be confused with the King Kares foundation of Los Angeles Chargers defensive back Desmond King.

For more on local youth activities during the pandemic, see this Jersey City Times story.