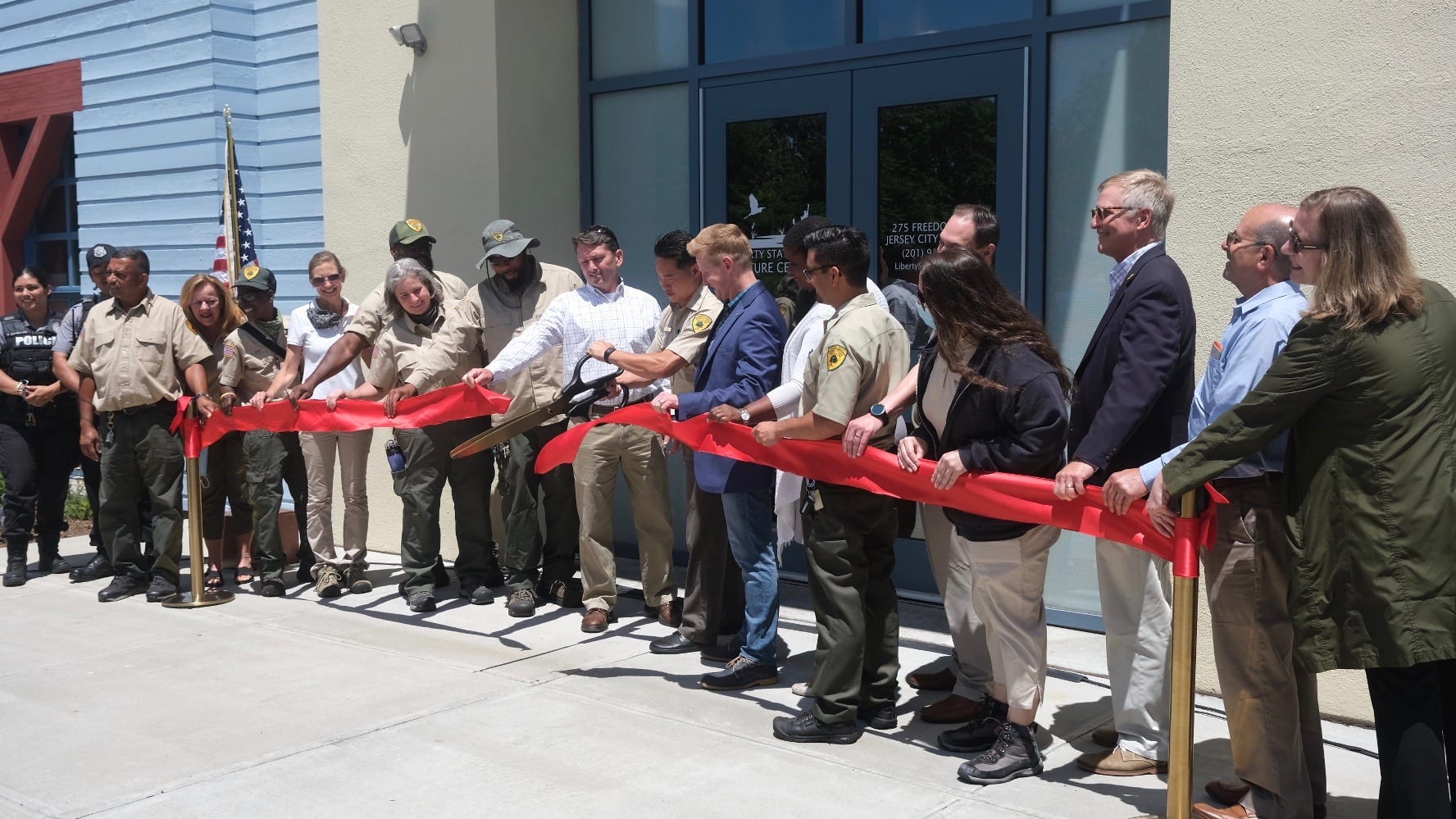 Youngsters and adults yearning to expand their knowledge of local flora and fauna are in for a long-awaited treat now that the state has reopened the Nature Center at Liberty State Park in Jersey City.

After a nine-year closure triggered by Superstorm Sandy, the New Jersey Department of Environmental Protection marked the center’s return to life Wednesday, June 23, with the completion of a $3.5 million restoration.

DEP Commissioner Shawn LaTourette and Deputy Commissioner Olivia Glenn, in charge of advancing environmental justice and equity, were on hand for the ribbon-cutting ceremony. 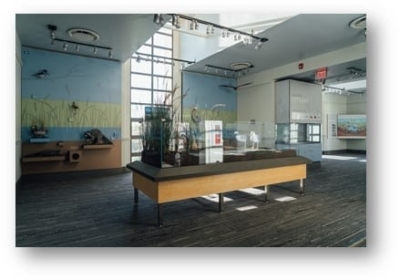 “Climate change took this place out,” LaTourette told a small group of invited guests, “and it’s not done with us.” In October 2012, he said, a sharp rise in sea levels pummeled the entire park, damaging the nature center building and much of the park infrastructure.

LaTourette pledged that the DEP would “build resiliency” into its future state park plans to try and prevent future disasters. As protector of all state parks and forests, DEP will “hold every single natural resource in trust,” he said, because they “belong to the people.”

And, he added, “you have my word I will take care of them for you. Our job is to deliver a clean and just environment for you.”

Guests got a further briefing on what happened to the nature center after Sandy hit from Jon Luk, the current superintendent of Cheesequake State Park in Matawan, who was serving as deputy superintendent of Liberty at the time.

“Sandy flooded the building with two feet of water,” Luk said, leaving its electrical and mechanical systems compromised, wiping out interior exhibits, and leaving in its wake piles of debris, including “salt water fish scattered on the cement patio by the dozens.”

Initially, the experts “weren’t sure if (the building) would be able to be salvaged,” Luk said.

And, he noted, that the center’s two staffers were moved several times to different park offices from which they organized sporadic summer “kayak eco-tours” for elementary school kids from the area and beyond.

Ultimately, DEP lined up funding for repairs, including a new roof and replacement electrical and mechanical systems along with a new lobby entrance that had previously been an outdoor extension of the main building.

The restoration, carried out under general contractor Practical, LLC, of Ridgewood, features these new components:

The center will offer “nature interpretive programs” to schools, organizations, and the public plus a variety of professional development workshops for educators. 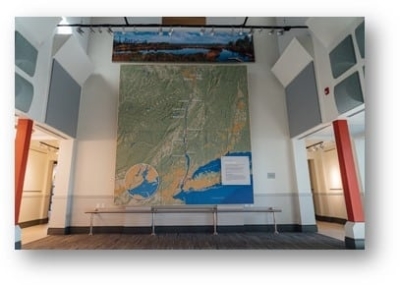 Visitors to the center were impressed by what they saw. Dawn Giambalvo, president of the Canco Park Conservancy of Jersey City and a board member of the Jersey City Parks Coalition, said she regarded the remodeled center as “a boon for the entire city and the region. The equitable availability of such pure visceral experiences with nature will transform our youth for years to come.”

Kelly Wenzel, a staff member of the N.J. Audubon Society, said she saw the center as “a great community asset that will hopefully be enjoyed for generations. It’s very exciting.”

A former Jersey City resident who preferred to identify herself only as Diane, had this reaction: “Nice, fresh, informative and fabulous.”

The Friends of Liberty State Park have donated 10 new Nikon binoculars to the center, and the group’s president, Sam Pesin, predicted the center’s new exhibits on nature and wildlife would prove “exciting for students and all other visitors to complement their first-hand experiences of benefitting from urban nature itself throughout the park, including LSP’s priceless and unique educational resource, the Caven Point Natural Area….”

Liberty State Park’s Nature Interpretive Center is now open to the public Wednesday through Sunday from 8 a.m. to 4 p.m. free of charge. Masks and social distancing continue to be required inside all state government buildings, including all buildings at Liberty State Park.

Large groups and schools may book a tour by calling 201-915-3400 or emailing LSPNatureCenter@dep.nj.gov. As COVID guidelines continue to change, the center’s staff will provide the current guidelines at time of inquiry.