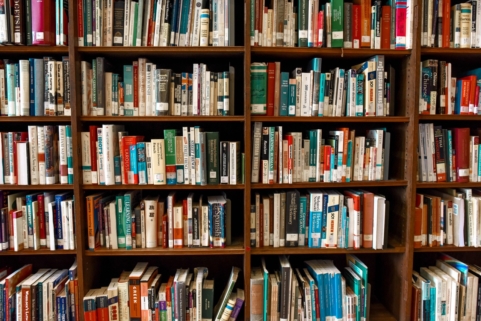 He was here for just 15 months, but the impact Jeffrey Trzeciak had as director of the Jersey City Public Library will likely be felt much longer.

That was the theme of an outpouring of plaudits from colleagues and patrons alike voiced at Tuesday night’s meeting of the Jersey City Public Library Board of Trustees marked by the director’s last official appearance.

Trzeciak, who took over for Priscilla Gardner as the city’s library head on Nov. 18, 2019, will return to his hometown of Dayton, Ohio, to run the Dayton Metro Library.

At the JCPL board session, residents Moriah Kinberg, Bev Brown, Eleana Little, Arlene Stein, and Eiko La Boria praised the outgoing director for advancing library programs that focused on the city’s diversity even as the pandemic forced closure of branches.

“Congratulations on excelling during a crisis,” said Brown. “I am a very appreciative patron.”

The speakers urged the library trustees to conduct a transparent search nationwide for a replacement with expertise comparable to the departing director’s.

JCPL bookmobile driver Eddie Perez, president of AFSCME Council 52, Local 2265, representing library employees, credited Trzeciak with having “inspired us all throughout a very difficult time, and we shined.” Under the director’s leadership, Perez said, staffing “has grown dramatically.” Trzeciak “has accomplished in 15 months what no other director has in my 43 years of service at the JCPL,” Perez said.

Rachel Paulus, the JCPL’s reference/LGBTQ community outreach librarian, who previously worked with her boss at the Newark Public Library, said Trzeciak helped the library develop “the second-largest LGBTQ library in the state. I’m excited to see where we go next.”

And JCPL board president Al Anton said, “News of your leaving stunned us” and added he was grateful “for all the good staff you put into place.”

Trzeciak was hired in November 2019 to considerable fanfare. Prior to arriving, he headed up the Newark Public Library where he increased grant funding by almost $2.5 million. He received the Director Recognition Award from the New Jersey Association of Library Assistants in 2018. 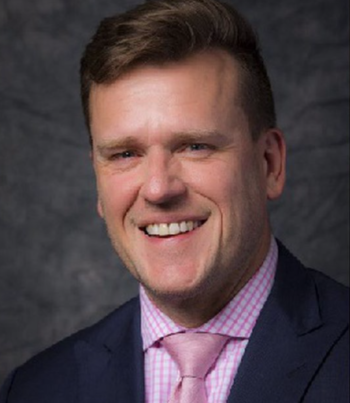 Trzeciak also served as University Librarian at Washington University in St. Louis where he founded “Documenting Ferguson,” a digital repository chronicling protests and other events that cropped up throughout the country in response to the shooting of Michael Brown. For that work he received the Innovation Award from the National Digital Stewardship Alliance in 2015.

While at Washington University he raised he raised $30 million for critical renovations, $10 million more than his goal.

Mayor Steven Fulop, who attended Tuesday’s meeting in his capacity as an ex-officio JCPL trustee, offered no public tribute and left early after participating in an hour-long private caucus with JCPL trustees on a personnel issue.  Library spokesman Shane Smith said that relations between the pair have been amicable.

Asked why the mayor failed to thank the director for his service—a traditional political ritual—Smith said, “You’d have to ask the mayor about that.”

The mayor’s office has not responded to Jersey City Times’s request for comment.

In his final director’s report, Trzeciak said it was “an absolute joy and honor” to have worked with all JCPL board members. He said he took pride in having kept his pledge to keep JCPL staff safe and employed during the pandemic and to maintain the library’s connection to the community at large.

He lauded workers for keeping branches “clean, functioning, safe, and secure” during the health crisis; praised IT staff for distributing digital hotspots to patrons in need and providing laptops to staff to help serve patrons; hailed communications aides for updating residents on services; hailed branch staff and the bookmobile operator for helping the library become the “first in New Jersey to go curbside” with book pickups and drop-offs; and thanked the grant writer for finding outside revenue sources.

During his tenure, Trzeciak said the library acquired its “millionth book,” thereby achieving the largest collection of books and also of Spanish-language books in the state; gained “significant” new donors; forged partnerships with various community groups; initiated a $10 million renovation of the main branch; added new staff including many locals and “forty percent people of color”; and became the first in the state to eliminate fines for overdue items.

But Trzeciak said he felt his biggest achievement was “the thousands of hours” of virtual programming assembled by staff resulting in more attendees at the library’s online events. Higher costs for COVID-related expenses such as protective shielding at branches will be reimbursed with federal aid.

Trzeciak’s last day on the job will be March 24. The trustees have yet to name a temporary replacement. Whether a search will be undertaken for a permanent director or even whether the trustees want a new permanent leader is still unknown.

In the meantime, trustees authorized the employment of Alison Blumenfeld as head of information services for the reference department and programming for adults and outreach at $75,000 a year; Jessica Campbell as social worker at $54,953 a year; and Ridika Butler as security guard at $28,702 a year. 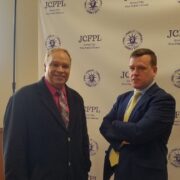 Op Ed: Rail Can Grow Under Representative Payne
Scroll to top
Subscribe to Our Newsletter