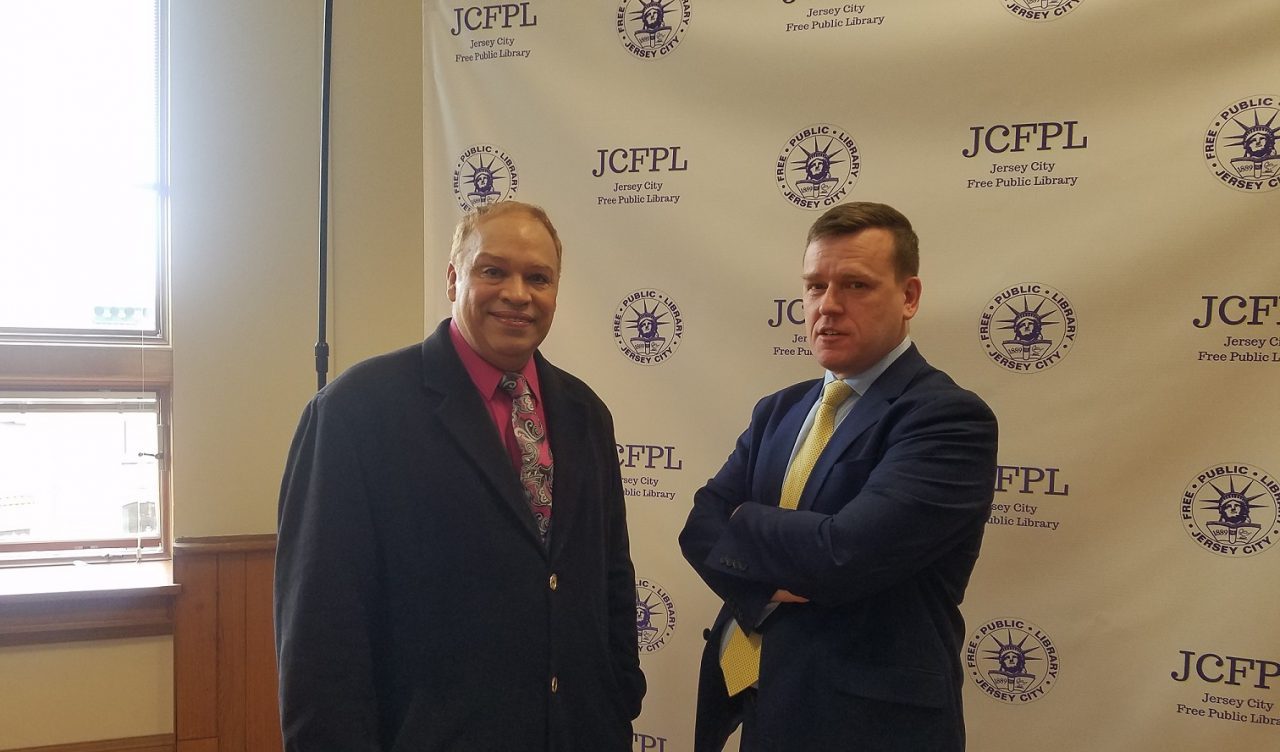 After many months of interviewing and meeting highly qualified applicants, the Jersey City Free Public Library has selected Jeffrey Trzeciak as its new director.

Trzeciak will be replacing the library’s previous director, Priscilla Gardner, who held the position since 2002 before retiring in September 2019. Mayor Steven M. Fulop decided to honor Gardner by rededicating the downtown main library building as the Priscilla Gardner Main Library.

“I am extremely excited to join the Jersey City Free Public Library at this point in its history,” said Trzeciak. 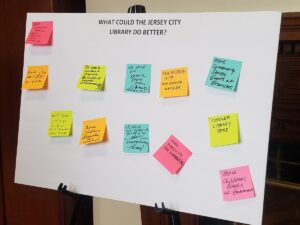 Library suggestion board at the Community Open House. Photo by Jersey City Times.

Trzceiak hopes to develop a strategic plan with the assistance of a consultant and input from staff and community leaders. He would like for all interested residents to feel part of the process as well and will be establishing methods in which their feedback can be taken into account.

“A critical piece of any strategic planning process is listening to all stakeholders,” Trzceiak said. “I am excited to get started in Jersey City by engaging residents, community leaders, and especially library patrons and staff.”

Trzceiak’s goal is to have this new strategic plan in motion by fall 2020.

Trzeciak brings with him 30 years of experience in library administration and a track record of successful fundraising. From 2017 until his appointment in Jersey City, he served as director of the Newark Public Library, establishing and overseeing a strong, multi-racial senior leadership team. Grants Trzeciak wrote increased that Newark Public Library’s revenue by almost $2.5 million in 2018. In honor of these accomplishments, Trzeciak received the Director Recognition Award from the New Jersey Association of Library Assistants in 2018.

Trzeciak also left his mark in academia. From 2012 to 2016 he served as University Librarian at Washington University in St. Louis.  While there in 2014 he founded “Documenting Ferguson,” a digital repository chronicling protests and other events that cropped up throughout the country in response to the shooting of Michael Brown. So groundbreaking was the collection, Trzeciak received the Innovation Award from the National Digital Stewardship Alliance in 2015.

Trzeciak raised significant sums for Washington University’s library as well. The capital campaign he ran there raised $30 million for critical renovations. This was $10 million more than his goal.

“This marks an exciting new chapter for the Jersey City Free Public Library,” said Curt Harris, the library’s board president. “The case for Jeffrey’s candidacy [is] quite compelling because he is truly invested in social equity and diversity and inclusion issues in all areas rather than paying mere lip service.”

New Jersey State Librarian Mary Chute has also expressed her support for Trzeciak. “This is an excellent selection, and we congratulate both Mr. Trzeciak and the Jersey City Free Public Library Board of Trustees,” she said. “We look forward to witnessing what they will accomplish together on behalf of the city.”

Following is a Q&A with our new director:

Jersey City Times: What are you most looking forward to as Jersey City’s new library director?

Jeffrey Trzeciak: My husband (Michael Sieveking) and I are looking forward to becoming part of the Jersey City community. We look forward to moving there soon and learning more about Jersey City, its residents, their needs, and how the library might help to address those needs.

JCT: Do you plan on extending hours or services?

JT: My first task will be to work with the community in a strategic planning process. I want to learn more about the expectations of the community. Residents will be seeing a lot of me in the coming months!

JCT: You were the library director in Newark, NJ, for two years. Why did you not serve longer?

JT: My husband works at the New York Philharmonic. He and I decided to move to the area to advance both of our careers. I am proud of the work that I did at Newark Public Library, particularly our programs aimed at reducing homelessness and joblessness, helping Newarkers [sic] to attain their educational goals, highlighting the contributions of Newark’s diverse communities, and elevating the profile of the library. But we are not moving far from Newark, and I will look for ways in which the JCFPL and NPL can collaborate.

JCT:  What instilled in you your appreciation for libraries?

JT: I come from working-class roots, and I was fortunate enough to find an evening job at the Dayton (Ohio) Metro Library that allowed me to work full time evenings while also going to school full time during the day. It was that experience of working in an urban public library that instilled in me the value that libraries bring to the communities we serve.

JCT:  What do you plan on doing differently than former Library Director Priscilla Gardner?

JT: Director Gardner leaves a great legacy behind, and I wish her well in her retirement. I look forward to building on her legacy by working with the staff, the board, and the community to enhance services, collections and facilities. My focus will be based on community need. 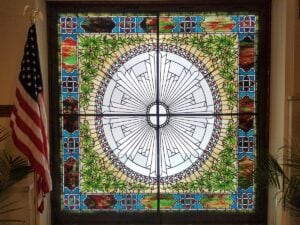 8 Places to Volunteer Over the Holidays