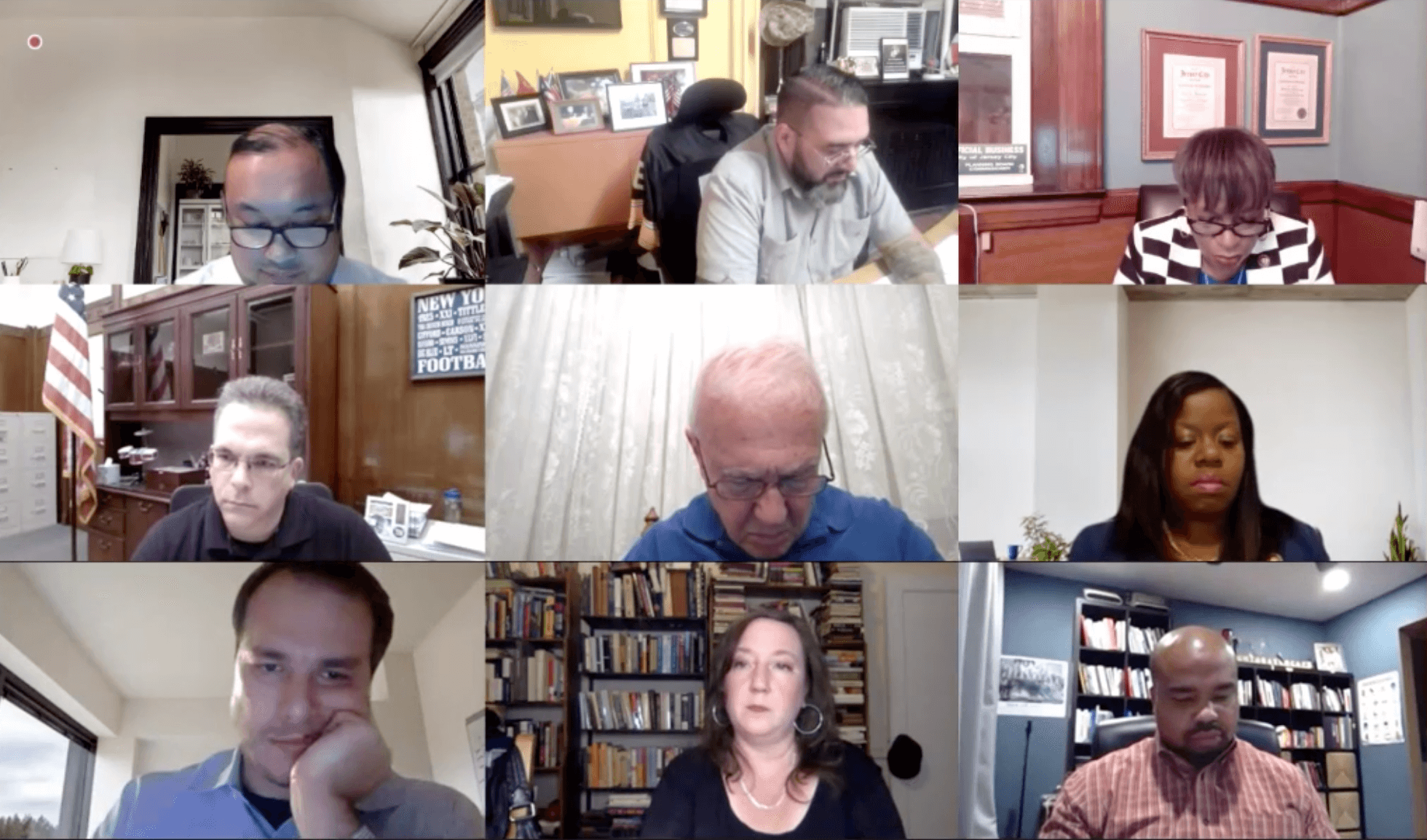 For close to four hours the speakers took their turns weighing in against a controversial inclusionary zoning ordinance put forth by Mayor Steven Fulop and Council President Joyce Watterman.  In the end it wasn’t enough. The municipal council voted to enact the ordinance with only Ward E Councilman James Solomon and Councilman-at-Large Rolando Lavarro voting against it.

Mayor Fulop was the object of derision for many speakers. Reading from a script seemingly used by several other speakers, Akash Patel charged that “the mayor is doing whatever it takes to keep high income communities and to price out Black and brown people who live there.” Several speakers saw the ordinance as evidence of Mayor Fulop’s desire to make Jersey City a “sixth borough” of New York City.

Acknowledging the benefits of development, Jerome Choice recalled that when he was growing up downtown, “Hamilton Park was a junkie park.” Nevertheless, he lamented that “a lot of people who are native and who have been long term residents can’t afford to live here anymore.”

Jessica Taube, a recent transplant priced out of Brooklyn warned that “the same thing thing is happening in Jersey City that happened in Brooklyn.”

Shamika Austin charged that the “ordinance is redlining under another name.”

Brian Rans warned that “we’re going to need a large supply of affordable housing when the eviction freeze is over.”

The ordinance requires covered developers to “set aside” 20% of their units as “affordable.”  However, developers can reduce the set aside to 5% by contributing to an affordable housing trust fund, building off-site affordable housing or building structures that would provide “community benefits” such as parking garages and police stations.  The ordinance also allows the council to waive entirely the affordable requirements on an as-needed basis.

Prior to voting on the ordinance, Lavarro offered a series of amendments. The amendments would have created a mandatory 15% affordable requirement downtown and a mandatory 10% affordable requirement in other “hot” real estate markets in Jersey City. Additionally, parking decks and police stations would not qualify as “community benefits” entitling reductions in the affordability requirements.  Affordability requirements would, under Lavarro’s plan, have been extended from 30 to 45 years.  Finally, the Council would not have been able to waive the requirements on an as-needed basis in the future. First Assistant Corporation Counsel Nick Strasser argued that the waiver would allow the council flexibility to negotiate settlements with developers in the future. All of these amendments went down to defeat with Solomon voting in favor of all them and Ward D Councilman Yousef Saleh, who is facing a special election in two weeks, voting in favor of two.

Lavarro did score one small victory when the council adopted his amendment to force developers to make a payment to the city when the developer is obligated to create what amounts to a fraction of an affordable unit.

Ward A Councilwoman Denise Ridley defended her vote in favor of the ordinance. “Every project that I’ve cut the ribbon on in Ward A has had affordable units…at Bayfront alone we have 3,000 units.” She added, “I need the flexibility to require community benefits. I’m voting for this ordinance because I want to have options.”

In voting for the ordinance, Ward B Councilwoman Mira Prinz-Arey noted that “Newark has had some real problems trying to get affordable housing built with their 20% requirement.”

Ward C Councilman Richard Boggiano was ready to move on. “We can look forward to the next six month to make certain changes. It’s time to pass it.”

Saleh voted in favor. “The [ordinance] is not going to be the cure-all for all of our housing issues. While this isn’t perfect, you have to get a consensus to pass anything. We need pass something.”

Like Ridley, Ward F Councilman Jermaine Robinson said he needed flexibility, pointing out that a recent deal to build a homeless shelter in Ward E was accomplished by allowing the developer to go down to 3% affordable housing.

Councilman-at-large Daniel Rivera voted in favor of the ordinance.

Lavarro complained that “with this many loopholes, you’re better off not having any ordinance at all.  It pretty much legalizes the status quo.”