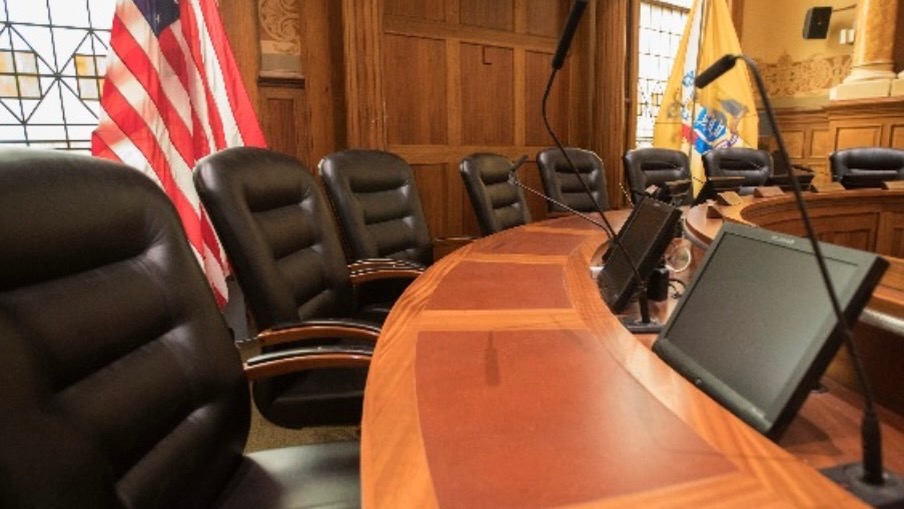 In another sign that the world may be slowly getting back to normal, this week after two years of meeting online, the Jersey City Municipal Council returned to City Hall. However, unlike neighbors Newark and Hoboken, Jersey City isn’t giving its residents the option of participating from home.

Marilyn Baer, communications manager for Hoboken, told the Jersey City Times yesterday that when in-person meetings resume, “[They] will have hybrid meetings, which will allow residents to attend council meetings virtually or in person.”

Mile Square City isn’t alone. Newark City Clerk Kenneth Louis told JCT that it was Brick City’s intention to offer a video simulcast of council meetings immediately upon return to their physical space and full audio-video participation as soon as they acquire the appropriate system.

Jersey City has no such plans.  When asked on Tuesday whether Jersey City would offer hybrid meetings, an aide to Council President Joyce Watterman was told to respond with an emphatic no. “Meetings will be in person” Watterman, reportedly said. 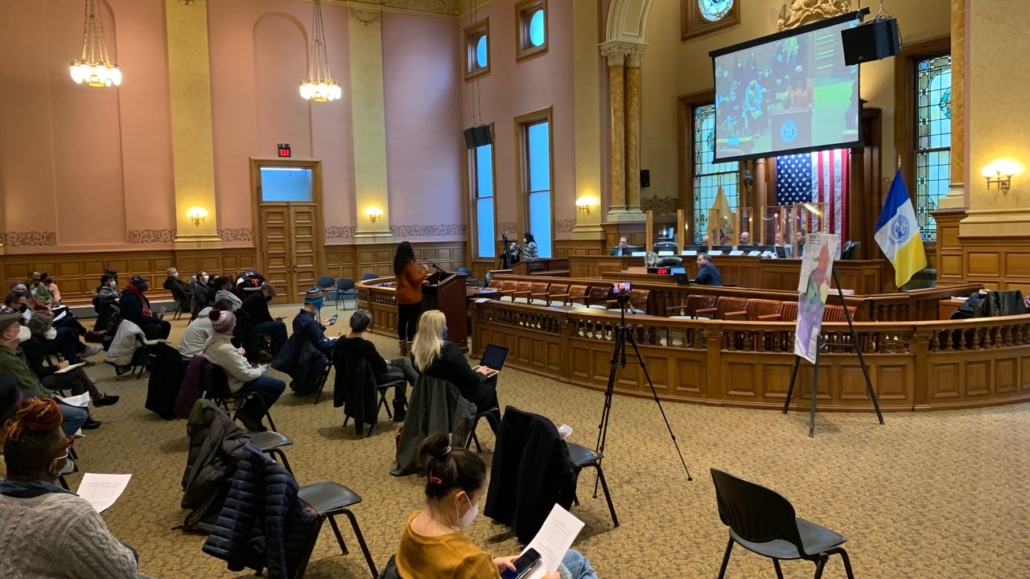 It’s not a position that sits well with some.

Responding to a Facebook post announcing yesterday’s meeting, Maria Ross asked, “Can meetings be hybrid? There are more JC residents now attending and participating in virtual meetings than can fit in socially distanced City Hall.”

Melissa Diller echoed Ross. “Wouldn’t the goal be to have MORE residents involved in our city? A virtual option allows anyone to be able to tune in and see what is going on.”

Though there seems little interest at City Hall in hybrid meetings, the technology to have them and the skill to use it does exist. Saturday’s Ward Commission meeting which featured hundreds of comments from residents both in person and online, went off without a hitch. Indeed, some noted that the audio quality was better at home than in the council chambers.

Unsurprisingly, the two independent council members have taken a different view from Watterman, who heads up the council majority aligned with Mayor Fulop. When asked if the City Council should go hybrid, Ward F Councilman Frank Gilmore responded, “I think we should make every effort to get it done.” And Ward E Councilman James Solomon agreed. “They should be hybrid. City Council can work to provide the clerk’s office with the resources they need to accomplish that soon.”