Authorities have arrested a Bergen County man in connection with a string of armed robberies that occurred throughout Hudson County last week.

The man, Joel Krecz, 35, of Hackensack, was detained on Tuesday in Jersey City while in possession of a handgun according to Hudson County Prosecutor Esther Suarez.

Krecz has been identified as a suspect in at least five armed robberies in Jersey City, Secaucus, Union City and Hoboken which occurred between the late night hours of April 29 and the early morning hours of April 30. In each incident, a handgun was brandished and money was demanded from the clerk working at a business.

• The robbery of a liquor store on Summit Avenue in Union City on April 30.

• The robbery of a gas station on Route 3 in Secaucus on April 30.

• The robbery of a business on Paterson Plank Road in Union City on April 30.

• The robbery of a liquor store on Willow Avenue in Hoboken on April 30. 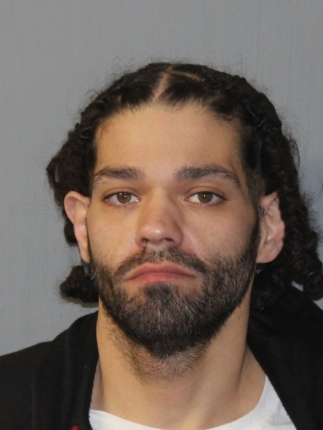 The arrest came after a joint investigation by the municipal police departments, with assistance from the Hudson County Prosecutor’s Office Gang Task Force.

“This arrest is the direct result of good, collaborative policing between patrol officers, detectives, and major case units,” said Hudson County Prosecutor Esther Suarez. “Our office is committed to working closely with every department in Hudson County to protect the safety of residents and business owners and see that those responsible for crime are held accountable to the fullest extent of the law.”

“By working together with departments across city lines, we not only apprehended an armed and dangerous criminal, but we also prevented this armed robber from potentially committing many more acts of violence and stopped him from further terrorizing our communities,” said Jersey City Police Director Tawana Moody and Deputy Chief Nicola Flora. “We are incredibly grateful for the astute observation made by Jersey City OEM supervisor Timothy Lawrence, who led JCPD to the arrest.”

Authorities are continuing to investigate a robbery of a store on Kennedy Boulevard in North Bergen on Friday, April 8, 2022.

Krecz is being held at the Hudson County Correctional Facility in Kearny pending his first court appearance, which is tentatively scheduled for Monday, May 9.

Additional arrests and charges are expected. Anyone with information is asked to contact the Hudson County Prosecutor’s Office at 201-915-1345 or to leave an anonymous tip here. All information will be kept confidential.

Board of Ed Adopts $973.8 Million Budget
Scroll to top