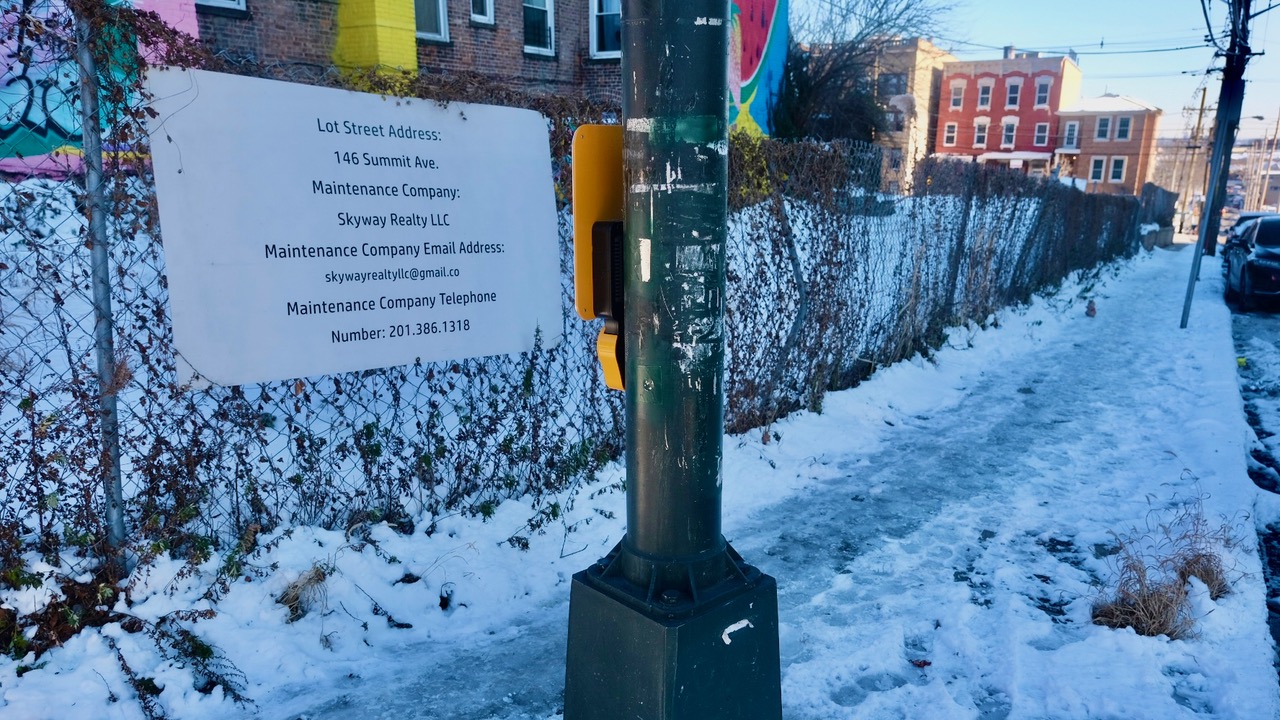 It was 2:15 in the afternoon on Saturday when a group of four people gingerly ascended Fairmount Avenue on a treacherous ice-covered sidewalk. Next to them stood a chain link fence enclosing an empty lot. A sign on the fence read “Maintenance Company, Skyway Realty LLC” along with an email address and phone number.

At the same time, ice also covered a sidewalk in front of an empty lot on Martin Luther King Drive. It too, bore a Skyway Realty sign. 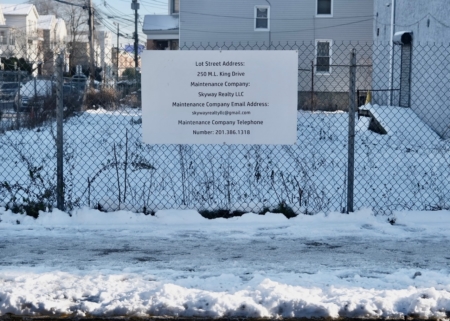 Later that afternoon, other pedestrians could be seen slowly negotiating a sheet of glare ice running along an empty lot and in front of a row house on Wayne Street.  Just around the corner on Barrow Street, the sidewalk fronting a large commercial parking lot was ice covered as well.

Every year with the first snowfall and drop in temperature, the problem of icy sidewalks and the property owners who fail to clean them, reemerges. This year has been no exception.

In a thread on Nextdoor.com, Downtown residents vented frustration over the perennial problem of uncleared sidewalks along the Sixth Street Embankment.

Told to call Jersey City’s Resident Response Center, Joseph V. replied, “I’ve tried that in the past. Very slow to respond, and then they’ll say ‘conditions abated.’ Yes, because it melted a week and a half later!”

Several residents lodged formal complaints about other icy sidewalks with “SeeClickFix,” the city’s portal to the Resident Response Center. 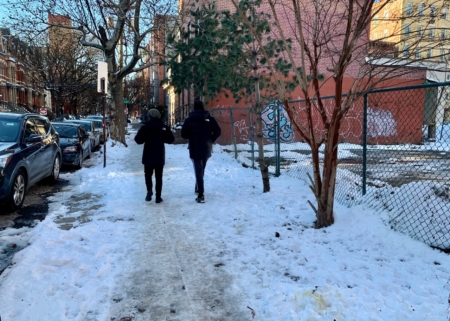 The Jersey City Municipal Code requires that “Every Owner, occupant or Person having charge of a residential building or vacant lot shall … clear any snow and ice from the Sidewalks … within eight hours after the snow has stopped falling. If the snowfall ceased during the night, removal shall be completed no later than eight hours after sunrise.”

A drive around Jersey City on Saturday revealed that most property owners had indeed cleared ice and snow from their sidewalks. But where they hadn’t the consequences could have been serious. A 2017 study reported that falls are the leading cause of death among the elderly and that fully ten percent of the 4.5 million falls annually occur on parking lots, sidewalks, curbs, and streets. “Surface contamination,” i.e. liquids, ice and snow ranked as the third leading outdoor hazard.

To learn more about the city’s efforts to enforce its own laws, the Jersey City Times filed a request for data from the Resident Response Center under the state’s Open Public Records Act  in April last year.  Many months after the city’s deadline to produce the data, JCT filed a lawsuit against the city. The suit remains unresolved.

The extent of the city’s efforts to enforce the law remains unclear. Yesterday, Municipal Prosecutor Jake Hudnut, who heads up the Quality of Life Taskforce, did not directly respond to a request for information on the city’s response to the problem. Instead, he forwarded the request to the mayor’s spokesperson, who has not replied.

This morning, following yesterday’s thaw that melted much of the ice around the city, Rafael Toral of Skyway Realty, responding to an email from the Jersey City Times, wrote “We will take care of it this morning.”

Shootings Reported in Greenville and Bergen-Lafayette