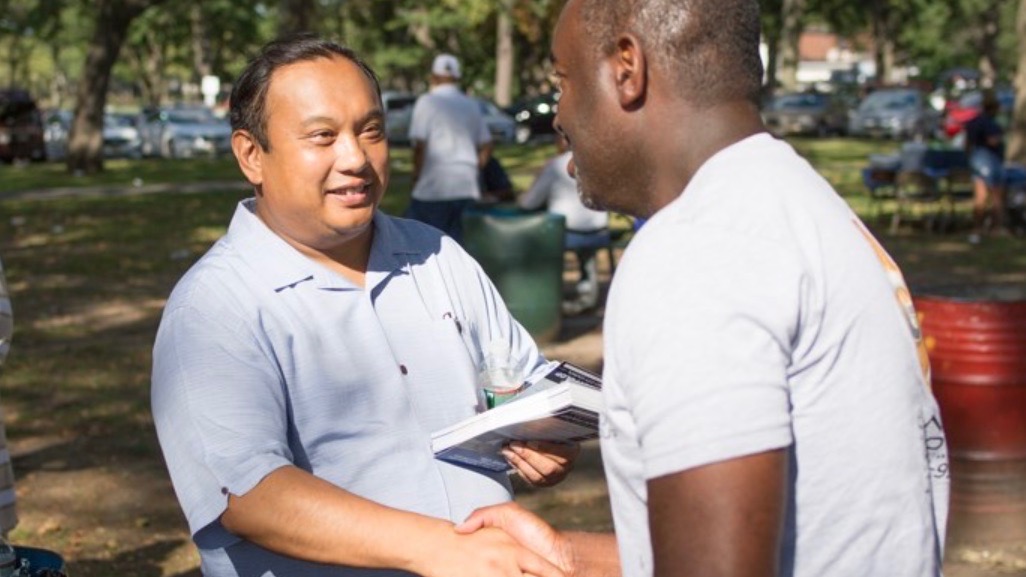 The task facing Councilman-at-large Rolando Lavarro was daunting: amass 1,680 signed petitions to secure a place on November’s ballot in only nine days.

Today, Lavarro announced that he and a group of supporters collected that many and some, turning in 2,500 valid petitions by the filing deadline and obtaining the all-important certification from the City Clerk.

“First, let me say a big thank you to everyone who went out and got signatures for my petition. What we accomplished … what you accomplished was nothing short of a Herculean effort. There are too many people to thank by name, but please know that I am most grateful,” said Lavarro.

Lavarro was first elected to the council in 2011. In 2012, he joined the slate of Mayor Steve Fulop and became City Council president. During his time as city council president, Lavarro was instrumental in enacting the mayor’s agenda.

In 2019, after a series of disagreements, Lavarro split with the mayor, ultimately prompted by an expose on Bloomberg.com concerning the mayor’s relationship with the real estate firm Dixon Advisory. He went so far as to write to U.S. Attorney Craig Carpenito and urge him to look into the Bloomberg article’s “alarming” allegations regarding the mayor and Dixon. “It is my hope that your office will do an extensive investigation,” Lavarro wrote.

After his split with the mayor, then-councilwoman Joyce Watterman assumed the office of council president.

In January, the Jersey City Times published a lengthy interview with Lavarro in which he addressed his past support for controversial policies such as the mayor’s decision to postpone the revaluation of Jersey City properties through a lawsuit that was ultimately thrown out by the court.

Among his legislative achievements, Lavarro lists the expansion of earned sick days, wage theft protection, “common sense” cannabis protections, prohibiting smoking in public parks, creation of the first immigrant affairs commission in the state of New Jersey, a “no knock” ordinance, and a living wage ordinance.

Lavarro will be running against a large field of candidates vying for the three at-large seats, including independents Elvin Dominici, June Jones, and Chris Gadsden and “Team Fulop” members Daniel Rivera, Joyce Watterman, and Amy DeGise.