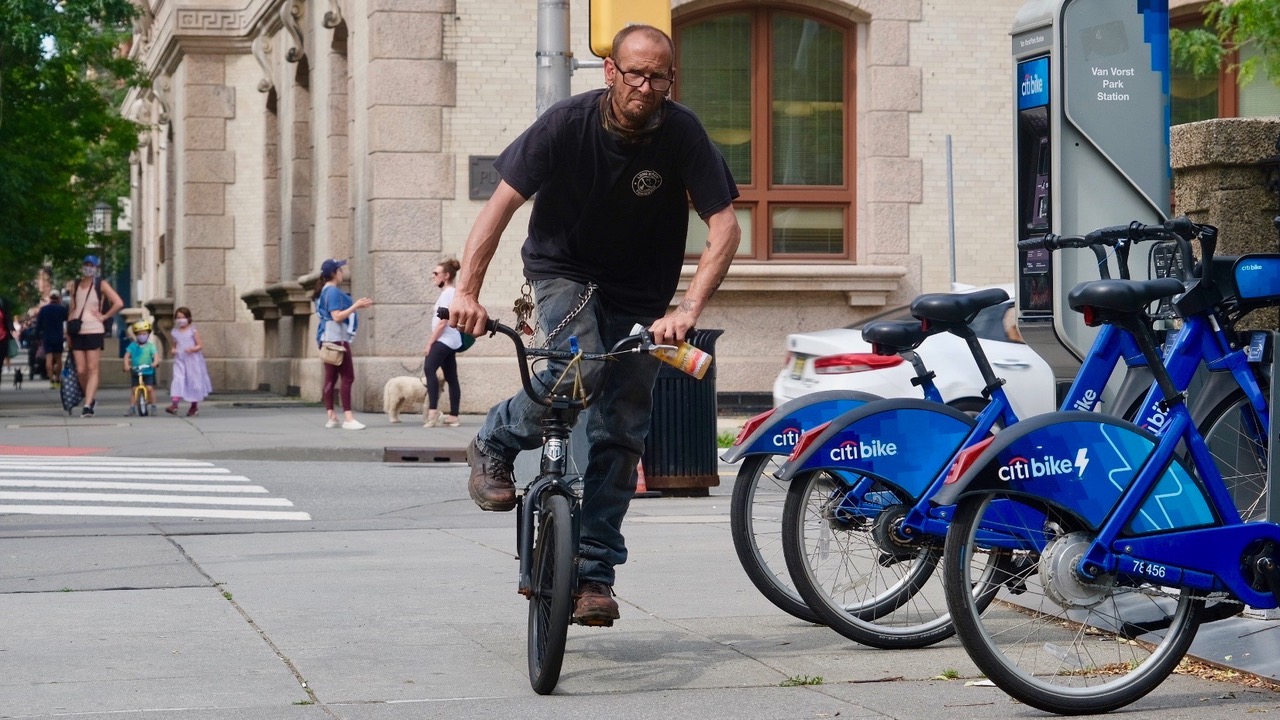 In 2009, a four-year-old girl who was riding her bike on the sidewalk in Manhattan accidentally struck an 87-year-old woman, knocking her down and breaking her hip. While such a calamity has yet to happen in Jersey City, local residents recently took to NextDoor.com to decry a seeming epidemic of people riding their bikes on the city’s sidewalks.

Resident Chris Murphy lamented, “Downtown Newark Avenue’s sidewalks are insane – I have seen people walking out of storefronts knocked over by bicycles. The city needs to ticket bikes on the sidewalk.”

Emily DiSalle, of Hamilton Park, who recounted an accident she had before she moved to Jersey City, was quick to agree.

“I was once hit head-on by a bicyclist while walking on the sidewalk. I had to get stitches in my lip, but it could have been worse.”

But not all residents are so critical. Many defend the practice, citing what they say are streets that remain too dangerous for cyclists to ride on—even with bike lanes—and problems with the bike lanes themselves.

“Sorry, the roadways are absolutely too dangerous for bicycles,” said one downtown resident who wished to remain anonymous. “Until they enforce [traffic laws for speeding] …I will continue to use sidewalks when on my bike.”

“I drive my bike on sidewalk because of crazy drivers…bike lanes are not so safe,” agreed Louisa Allal, who lives near Van Vorst Park.

“Me too,” said Evelyn Banker, of Paulus Hook. “Especially when there are snow piles in the bike lane and sometimes the road is too narrow….” 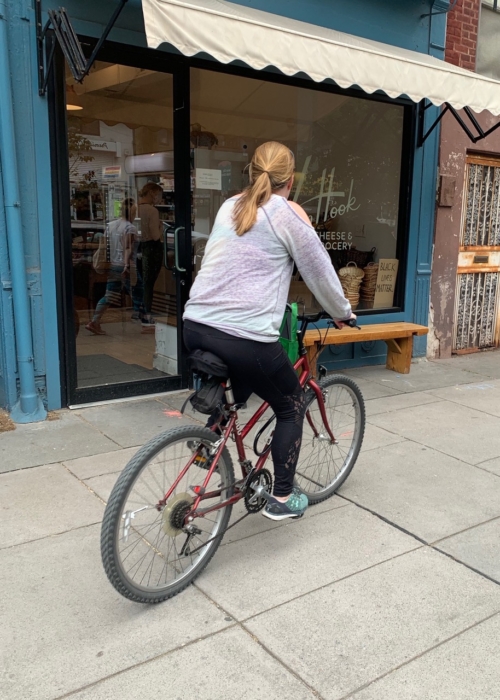 Their concerns are not unwarranted. In 2016, the National Highway and Traffic Safety Administration said that 26 percent of bicycle injuries nationwide were the result of car collisions, according to an article by NPR.

Nevertheless, the very people who complain about the danger of cars may themselves be creating a danger as two-wheeled vehicle operators.

“For those saying the roads or bike lanes are not safe to ride on:  You are now making the sidewalks unsafe for pedestrians, which include children and dogs,” said DiSalle.

Perhaps this is why bike riding on the sidewalk in Jersey City is illegal (with one exception).

The Jersey City Municipal Code renders unlawful bike riding on sidewalks “outside of business districts, except for minors age nine (9) and under.” Inside “business districts” is another matter entirely. There, the ordinance, provides, not even young bicyclists are excepted from the law.

Patrick Conlon, president of the local bike advocacy group Bike JC, offered qualified support for this ordinance. “We do think it’s irresponsible for mature cyclists to ride on the sidewalk and endanger pedestrians,” he said. But, he noted, enforcement should not be “heavy handed” and take place “especially in neighborhoods of color and/or on streets that have dangerous cycling conditions and are presently underserved with quality bicycle infrastructure.”

Such as protected bike lanes.

In Washington, D.C., sidewalk cycling diminished 56 percent where protected bike lanes had been installed, according to the NPR report. (There were no comparable data for unprotected bike lanes.) “Building safe bicycle infrastructure is known the world over as the most effective way to discourage sidewalk riding,” Conlon said.

Jersey City has six protected bike lanes, which are corridors bounded by poles or other obstacles preventing cars from veering into bicycle traffic. They are part of the city’s overall network of existing and planned bike lanes and facilities and part of the city’s master plan for bike-related infrastructure announced in 2019.

Despite being illegal, sidewalk cycling is being neither deterred by the police nor ticketed.

Three days ago, this writer witnessed a man ride his bike on the sidewalk on Grove Street directly in front of two on-duty Jersey City police officers.  Neither said anything to the rider. When asked to explain their indifference, one of the officers said, “I’m not going to chase after someone on a bicycle.” When pressed further as to why he didn’t at least call out after the individual, make some effort to protect pedestrians in the cyclist’s path, and show some recognition that someone in plain sight had just violated the law, the officer had no response.

Jersey City Times contacted Jake Hudnut, chief prosecutor for the city of Jersey City, to relay this story and ascertain the city’s practices where enforcing the bike riding ordinance are concerned. Were these officers reflecting a tacit citywide directive to overlook the ordinance, or were they outliers in the police department, derelict in their duty?