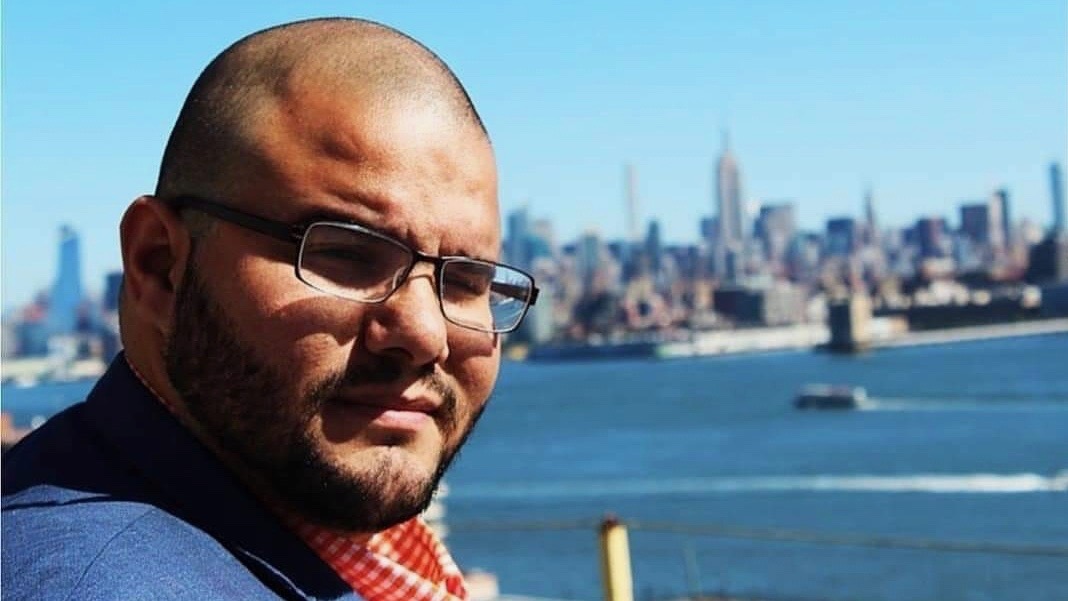 Pedro Figueroa is running for the Ward A City Council seat currently held by Denise Ridley. He recently sat down with us for an extensive interview that touched on everything from affordable housing to losing a family friend to street violence.

JCT: Tell us about your background. Where are you from, and what have you been doing with your life?

PF: I was born and raised in Jersey City, in Ward F. I attended P.S. 12, Explorer 2000 Middle School and graduated from High Tech High School. I received my bachelor’s in science in marketing from Rider University in 2009. Ever since I graduated I’ve been working in corporate security for a private security firm.

JCT: Is that an administrative job, or are you actually walking around with a flashlight?

JCT: Why do you think Denise Ridley needs to be replaced?

PF: I’m running to give the people in Ward A a choice. I don’t thing anyone should run unopposed. I really wanted the residents of Ward A to get another point of view.

JCT: What is that point of view?

PF: What we really need to focus on is recreation. We have affordable housing issues, we need to focus on creating small businesses within the community. The CCRB [citizen’s complaint review board] is a big issue. We need to put pressure on the state to change their laws so that we can incorporate a CCRB here in Jersey City and make it fully sustainable here in Jersey City for full transparency between the community and the police.

JCT: Let’s break each one of those down. You mentioned recreation. What specifically should the city be doing, and what is Denise Ridley not doing?

PF: We really need to fund the recreation department. We need to have it fully staffed with people to mentor our youth, which is something I think is missing, just to keep them busy. I think we could mentor them to start businesses, to teach them financial literacy. It doesn’t have to be just sports. We could fully fund the arts. I know you wrote an article in regards to the new museum that they’re planning on building. I think you hit it right on the point. Right now we’re looking at $16 million right off the bat to start it and $12 million a year to sustain it. As much as I love the arts, I think if we use that money and fully funded our department of recreation, we could use that money much more wisely.

JCT: What about affordability? What do you think the city could do that it’s not been doing? Denise Ridley says that Bayfront is going to be a big improvement for affordability. Do you think that’s true, and what else should the city be doing?

Another thing that we need to be doing is to use our local and state resources to create programs for home ownership. I think that’s going to be a big part to deter violence in the streets because if you have individuals that are actual stakeholders in the community, that actually own property in the community, they’re going to be much more involved in making sure that their streets are safe.

JCT: What do you think that the administration has done right, if anything?

Development coming into Jersey City and building is a great thing, but if we don’t focus on the people that were born and raised here and we start pricing them out, I think that that’s where we’ve gone wrong.

JCT: Is there anything else you think the administration has done particularly well?

JCT: What are your critiques of the administration?

PF: I think it’s going to be the same complaint you hear from a lot of people, that they feel it’s a tale of two cities, that Downtown and the South Side of the city are treated completely different. There are a lot of people who feel disenfranchised by the administration, that the South Side doesn’t get what it needs.

JCT: Is development the answer for the South Side?

PF: I think it’s going to be a multi-level approach. It’s going to be development for affordable housing: We need to create recreation centers, we need to build community centers that the communities can use. We really need to make everyone feel as if they belong and that they’re stakeholders in the community.

PF: I currently serve on the Public Safety Review Board with Denise.

JCT: Do you have an opinion as to how things have been going under this administration?

PF: The diversity within the department has been going well. I think with the new director Moody running, it’s going to be great to have a civilian in the police department. I’ve interacted with Director Moody. She is very hands on when it comes to community policing. I know she always asks me when she sees me ‘How’s everything going in my area.’  I believe they’re getting better at doing community policing. The one thing that I would have is that the officers do need more training in community policing. They have their fixed posts, but they need to make sure that they’re engaging with the community that they serve. I think that would be wonderful for everyone. For now, I think the trajectory of public safety is going in the right direction.

JCT: What do you think is driving the crime and the gang violence on the South Side?

PF: It’s a lot of issues. You have different sets in different areas that have little internal beefs with each other. The big problem is that they don’t have mentorships, so they let these little problems become bigger problems. And then, before you know it, you have an all-out turf war.

JCT: When you say ‘they,’ I assume you mean youths?

PF: The youths. The people who are out there committing the crimes. What’s really driving it is that there’s really nothing else to do, so that once you get into one problem, that problem keeps growing and growing. Then you reach the inevitable. You have a fight or a big shooting. I think that it comes down to what I mentioned earlier that we really need to mentor our youth even in de-escalation. Sometimes it could just be a little problem, a little argument, that goes 180.

JCT: What’s driving young men falling victim to gang violence by either joining gangs or falling victim? What’s underlying it? Is it poverty? Is it some sort of social breakdown?

PF: It’s a lot of things. It comes down to poverty. It comes down to socioeconomic status. It comes down to your household. Most of them are from single parent homes. They usually don’t have a good relationship with their father. They don’t have that mentorship, that male guidance, so they fall back into ‘You know what? This group of guys have got my back, and I’ll have their back also.’ So, it’s a bunch of things that add to it. But the biggest thing is the family household, the family structure. We really need to get more people involved. You have these younger kids having kids. So if we can mentor them properly, we can mentor them into being leaders of the household and keep them from falling victim to the streets.

JCT: You had a personal tragedy. Somebody in your family was shot. Do you want to share a little bit about that?

PF: That was Emmanuel Garcia. I grew up with his family. I was ten when he was born. He was like a little brother to me.

JCT: Have you learned anything from that tragedy? What has the effect on you been?

PF: The family’s still hurting. Everyone grieves in their own way. It comes in waves. I’m always sure to check in with them and make sure everyone’s doing well.

JCT: How are you going to finance your campaign?

PF: This is going to be people-funded. I’m going to go straight to the people, no big developers. Five dollars at a time, twenty dollars at a time. We’re looking to get people who feel disenfranchised and get them active, registered to vote, so they can have their voices heard.

JCT: Are you in the petition-gathering phase right now?

PF:  It’s going good. In the next few weeks we’re going to hit the streets spreading the message.

JCT: If you were to accomplish three things in your first term as a councilperson what would they be?

PF: I’d really like to get the recreation department fully funded. I’d would love to get a home ownership-mentorship program started. It would be a mix of homeownership and financial literacy. And, I’d like to make sure that developers that come into this area are doing their fair share of building affordable housing and not having the option to buy out.