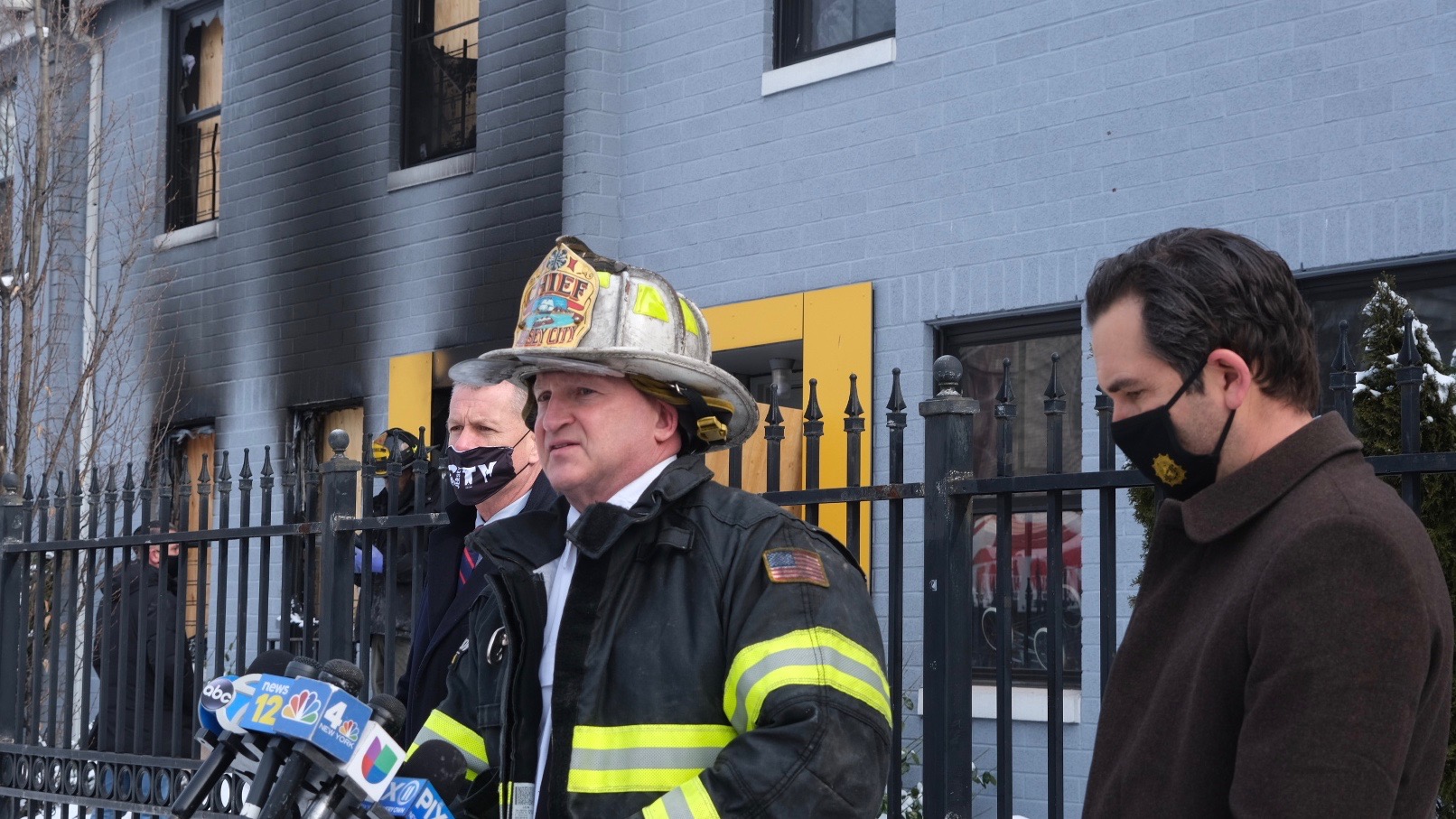 Two children died last night in an apartment fire that broke out at 470 Martin Luther King Drive in Bergen-Lafayette. 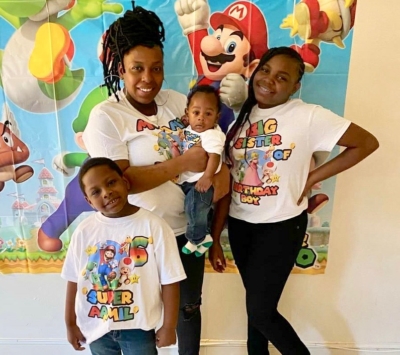 Angie Reid with daughter Desiree and her two sons.

According to initial reports, Angie Reid was asleep in the house with her three children when the fire began at approximately 11:00 p.m. She was awakened by her six year old son.  When the two fled from the house, the door locked behind them.

Ms. Reid’s daughter, Desiree, attempted to reach her eight-month old brother, Keyon Robinson, who was on the second floor.

Fire Chief Steven McGill described the inferno. “If you see the video, there’s a lot of fire on that ground floor. It went directly upstairs into the hallway. Although there was not a lot of fire on the upper floor, it was probably 1200 degrees up there. Nobody would have survived.”

While the fire is being investigated by the arson squad, there is no indication at this time of foul play.

The Jersey City Education Association has started a GoFundMe campaign to support the family. Here is the link.