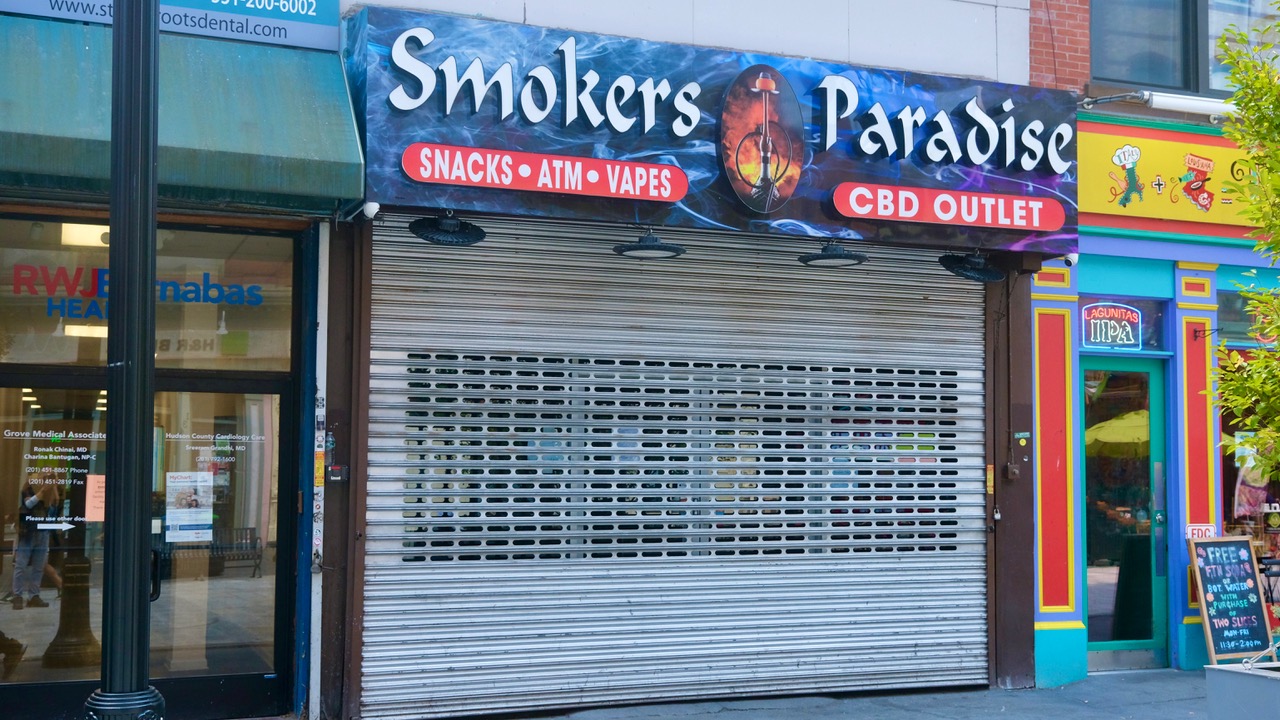 A troubled “CBD Outlet” on the Newark Avenue Pedestrian Mall that has highlighted the difficulty of balancing marijuana legalization and quality of life, has been shuttered by authorities over building code violations.

According to a notice posted in the window of Smokers Paradise at 131 Newark Avenue, the owners of the shop have been ordered to vacate the premises “forthwith.”

“You completed the alteration without obtaining permit and inspection, installation of sign, electric work, and convert salon to smoke shop; you also failed to obtain a CO [certificate of occupancy]. Shop must be closed forthwith,” reads the notice dated August 3.

A certificate of occupancy, issued by the city, confirms that the building or unit is safe, complies with building codes, and is being used in accordance with zoning laws.

Smokers Paradise has attracted more than its fair share of controversy since opening earlier this year in a space formerly occupied by a nail salon.

Last month, mayoral spokeswoman Kimberly Wallace-Scalcione told the Jersey Journal that the city’s Quality of Life Task Force had found what was believed to be raw marijuana, marijuana-infused food products, and illegal flavored tobacco vape products in the store. Evidence was being cataloged, and charges were pending, Wallace-Scalcione said.

According to Scalcione, the task force had been alerted to the illegal sales after officials from the Office of Code Compliance uncovered what they believed to be illegal waste dumped by the shop. Scalcione did not respond to an email requesting an update on the case. 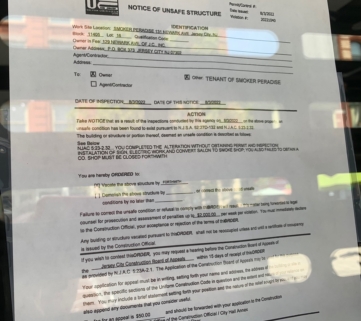 The shop has also elicited grumbling from some local merchants for what is seen as its down-market brightly lit Times Square aesthetic.

One nearby business owner who asked to remain anonymous is concerned that Smokers Paradise and shops like it will be off-putting to families. “It’s very worrisome. I’m worried about families coming in. All you smell is weed in the air … which is fine … whoever wants to smoke it can smoke it … it’s a free country, but it needs to be monitored. It’s going to be like little Amsterdam. We can’t build or create a family environment having all this stuff around us. The plaza looks great, but there’s an enormous decline in the amount of families that come around this area.”

Municipal Prosecutor Jake Hudnut told the Journal “Lawful dispensaries have a number of regulations imposed on them by the state that they have to be compliant with to ensure quality of life in the surrounding communities.”

Disclosure: The writer owns a business next to Smokers Paradise

“We Outside!!” Hip-Hop Series Kicks Off at Barrow Mansion