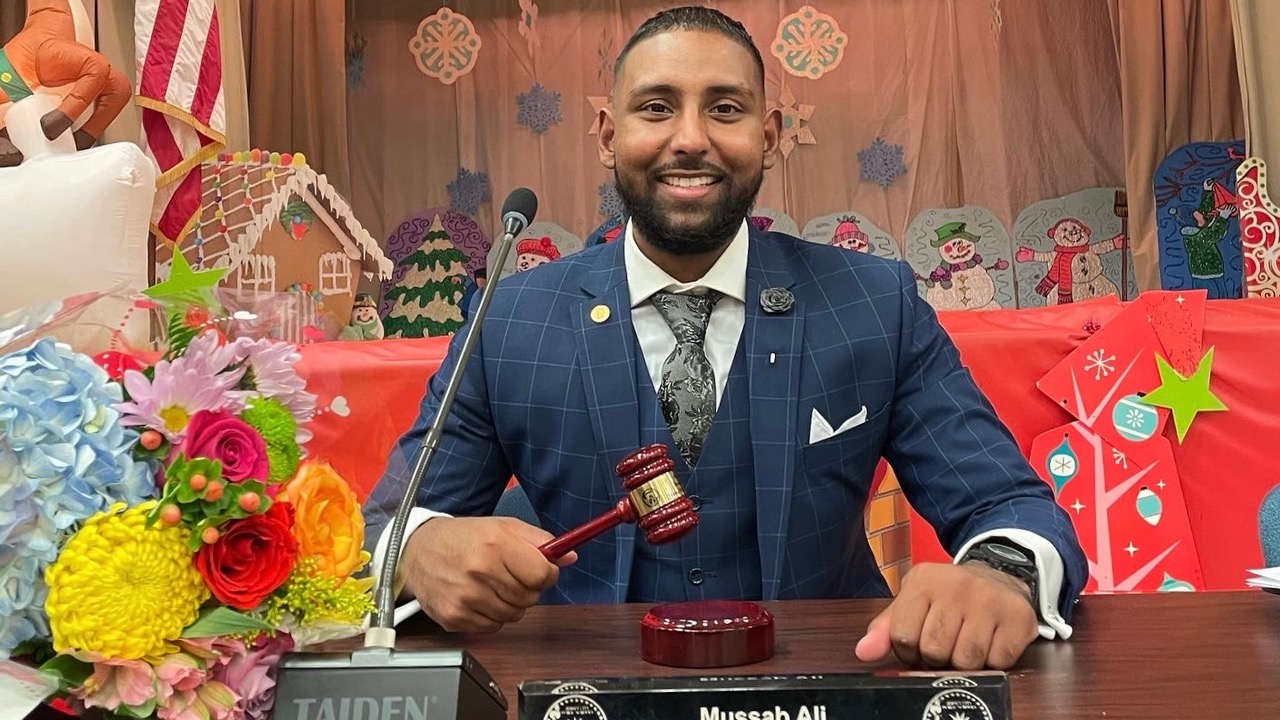 Jersey City Board of Education President Mussab Ali, Trustees Joan Terrell-Paige and Marilyn Roman, as well as retiring Schools Superintendent Franklin Walker were quite literally given their flowers at Thursday’s Board of Education meeting. Teachers, colleagues, and members of the school community brought bouquets and balloons up to the dais at the final meeting of the school year held at Martin Luther King, Jr. School, P.S. 11.

Ali, Terrell-Paige, and Roman are ending their terms on the board and did not run for re-election last month. Walker, who started his decades-long career in Jersey City as a health and physical education teacher, was often affectionately referred to as “Coach.” He has served as superintendent — first in an interim capacity — since 2019.

“Four years ago, we made history here,” Ali said. At a time when Donald Trump was the president, Jersey City made a powerful statement not only electing a Muslim but the youngest person to hold public office in this city’s history.”

Ali highlighted the district’s first fully funded budget in over a decade, increased student engagement in government, and the elimination of student lunch debt as accomplishments in the past four years that might have seemed too ambitious at the outset. He also made note of the new $61,000 minimum wage for teachers which the board approved in late November. 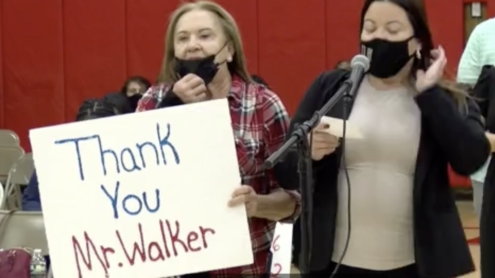 Speakers at last week’s Board of Education Meeting

Roman reflected on her varied history in the schools and the city, from attending district schools as a student to working as a teacher and supervisor, serving as Jersey City’s first woman to hold the office of mayor (she was acting mayor for part of 1992) in the city’s history and her service on the board since 2012.

“The important thing was that I graduated from [Lincoln] high school and every one of us in that class, we were already critical thinkers,” Roman said. “It’s what I wish for our children always — that we can make them the kind of students who can compete in our society.”

Terrell-Paige said she enjoyed every minute of her three years on the board.

“It was a learning process, and if I snapped at you at any time over those three years, I hope you understand it was done out of love,” she said. “I’ll be watching, getting involved, pushing you on to greater heights.” 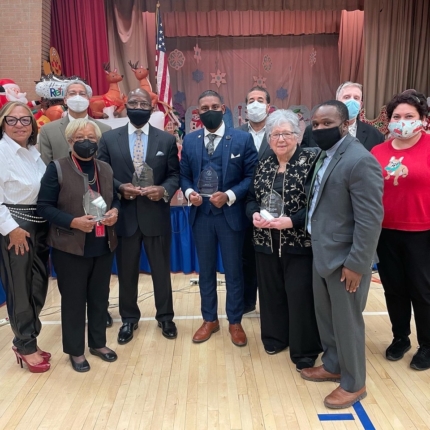 Jersey City Board of Education

The board will reorganize in 2022 when newly-elected trustees Younass Barkouch, Natalia Ioffe, and Paula Jones-Watson take their seats.

Barkouch, like Ali when he was elected, is a McNair Academic High School alumnus who recently graduated from college and wrote about being inspired by the departing board president in his candidate’s statement.

His election marks the fulfillment of what Ali said he sees as his legacy: students taking an active role in education and initiating change.

“If I have been able to inspire even a few students in the next generation of leaders who will take my place and continue to be a force for good, then I will consider the four years on this board of education well spent,” Ali said.

No Alcohol but “Other Drugs” Found on Cunningham Following DWI ...
Scroll to top