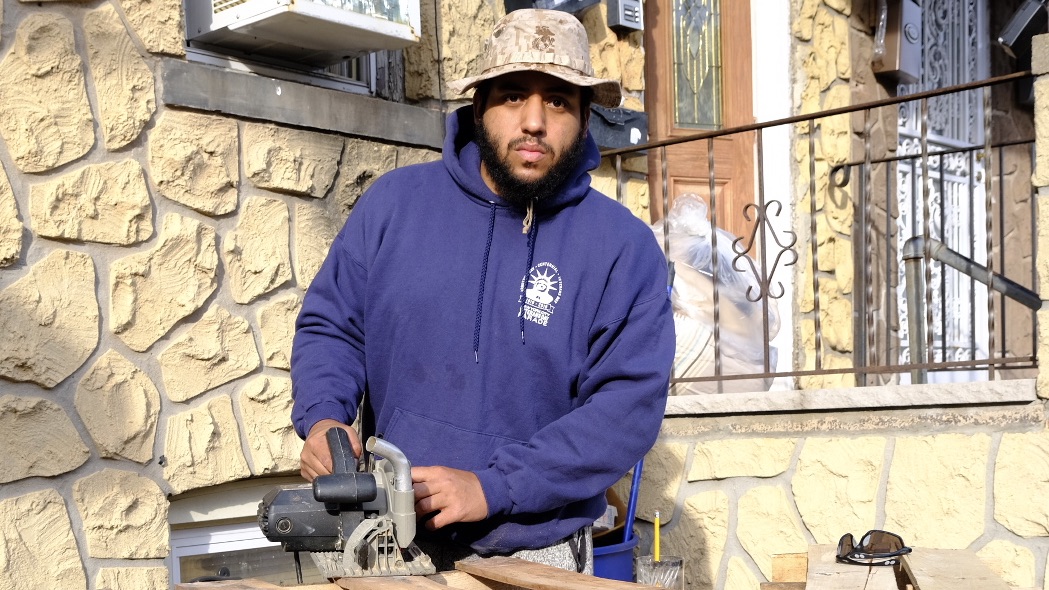 The criminal case against accused Capitol insurrectionist and former Jersey City resident Hector Vargas moved forward yesterday before a federal judge in Washington D.C. with the setting of May 16, 2022 for trial.

In May of last year, Vargas, a Marine Corps veteran, was profiled by Jersey City Times for his work delivering meals to the homeless. The article focused on several of Jersey City’s “unsung heroes” during the early months of the Covid-19 pandemic.

At the time, several of Vargas’s neighbors, who questioned his sincerity and temperament, were critical of JCT for including him in the article. Some accused Vargas of stealing donations meant for the homeless. Councilman-at-large Daniel Rivera, however, came to Vargas’s defense telling JCT that “he can be rough around the edges and very outspoken, but his heart is genuine.” 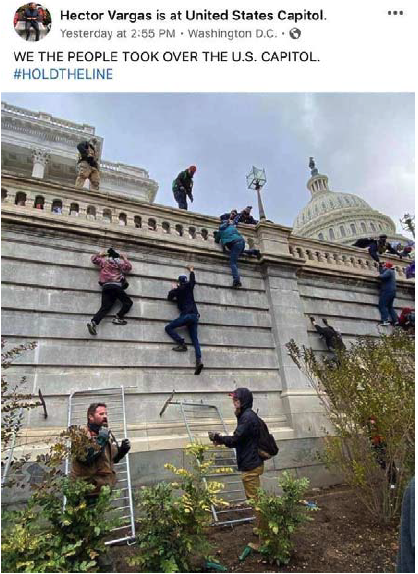 The neighbors’ concerns appeared to be borne out when Vargas placed himself in the thick of the January 6 insurrection via a series of social media posts. In one Facebook post, Vargas wrote “WE THE PEOPLE TOOK OVER THE U.S. CAPITOL. #HOLDTHELINE.” In a video post in “selfie mode” Vargas filmed himself in the Capitol and said, “We took over this motherfucker … we took over this fucking capitol, tell them.”

A review of court records reveals that the case has followed a standard trajectory.  A warrant for Vargas’s arrest was issued on January 14. Vargas was arrested and appeared in court via a video link for his initial appearance on January 22. Counsel was assigned, and Vargas was released on a Personal Recognizance Bond. On February 22, Vargas was formally arraigned and pleaded not guilty to the charges.

At yesterday’s status conference, Vargas received permission from Federal District Court Judge Randolph D. Moss to travel within the United States “upon the condition that Defendant gives advance notice and gains prior approval by Pretrial Services, and with the understanding that this excludes travel to Washington, D.C., unless meeting with counsel.”  A previous order requiring approval before traveling to Puerto Rico was left in place.

Today Councilman Rivera looks back on his support for Vargas philosophically. “It’s sad when you think someone is genuinely caring, but life takes them through a weird journey that makes it hard for people to explain.”

To date, 654 people have been charged in connection with the insurrection. Seventy-four have pleaded guilty.