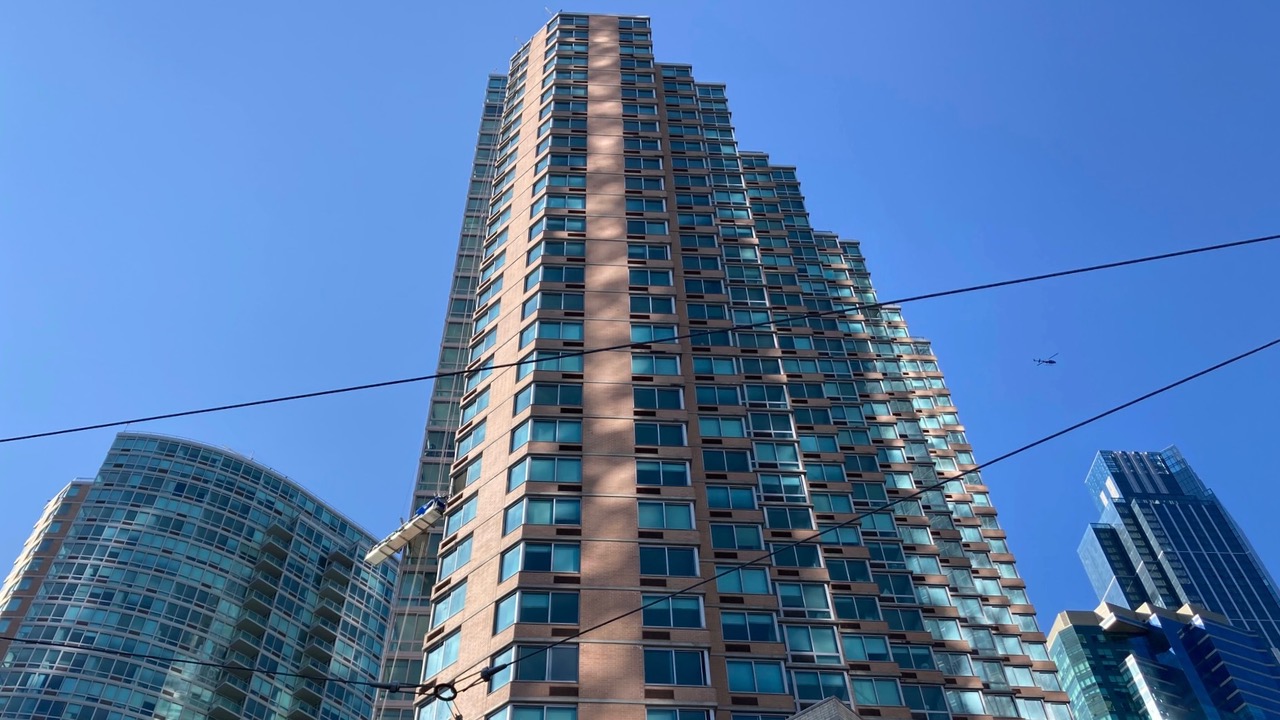 Yesterday afternoon a worker who appeared trapped on scaffolding at a high rise in Paulus Hook was rescued by the Jersey City Fire Department.

A local resident who witnessed the rescue said he believed the day’s high winds caused the near calamity.

“From what I can gather, the wind sort of tangled the cables that was holding the scaffolding and someone got trapped up there,” said bystander Otto Dearing. 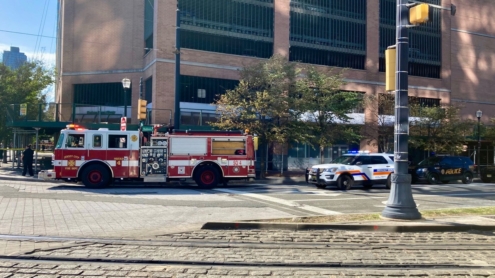 The rescue was over by 4:30 p.m. although the surrounding area remained cordoned off, numerous emergency vehicles still had their lights flashing, and police officers were still manning the scene.