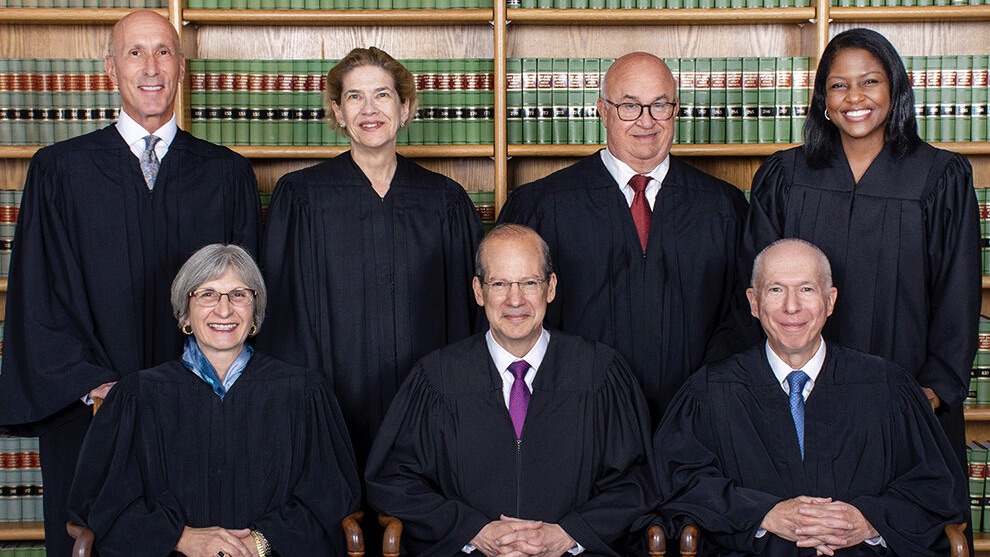 In a win for advocates of governmental transparency, the New Jersey Supreme Court on Monday sided with a dog-fence vendor who fought for the names and addresses of Jersey City dog owners, declaring such information is public record regardless of who asks and why.

Justice Faustino J. Fernandez-Vina rejected Jersey City’s argument that businesses shouldn’t be allowed to use New Jersey’s Open Public Records Act (OPRA) to glean information for commercial purposes, saying a business owner has the same rights to the records as anyone else.

“Owning a dog is, inherently, a public endeavor,” he wrote. “Owners — and the dogs themselves — are regularly exposed to the public during daily walks, grooming sessions, and veterinarian visits. Many owners celebrate their animals on social media or bumper stickers, inherently public platforms. Some people put up signs stating that there is a dog at the residence; others frequent certain parks or establishments specifically made for dogs and dog owners. Some owners even enter their dogs into public shows, events, and competitions.”

The ruling stems from a 2018 lawsuit Ernest Bozzi, an invisible fence installer from Burlington County, filed against Jersey City after officials there denied his request for the names and addresses of dog owners.

The lawsuit was part of a sweeping effort by Bozzi to get such records around the state. He has filed similar complaints in Roselle Park, Summit, and other towns. Attorney Donald Doherty, who represented Bozzi, couldn’t immediately be reached for comment.

Owning a dog is, inherently, a public endeavor.

Government officials have complained for years that they often get overwhelmed by businesses that use OPRA to identify and solicit potential customers. The New Jersey State League of Municipalities and the Electronic Privacy Information Center echoed those objections in briefs they filed to support Jersey City against Bozzi’s complaint.

In fighting the suit, Jersey City and its supporters argued that releasing names and addresses to businesses didn’t just invite unwanted solicitations from businesses. They worried such disclosures could discourage dog owners from registering their pets. And they warned it could threaten public safety, tipping dog-nappers to which homes had pricey purebreds. Burglars also might use the information to target dogless homes to break into, or arm themselves to better burglarize homes with dogs.

But the court dismissed such arguments as “speculative.” Fernandez-Vina affirmed lower courts’ decisions ordering the release of dog owners’ names and addresses, although he agreed that other details can remain private, including type of breed; whether the pets are a companion, service, or law enforcement dog; and the canines’ names (because many people use pet names as passwords or answers to security questions).

Justices Fabiana Pierre-Louis and Barry T. Albin dissented, with Pierre-Louis writing that governments should not serve as the conduit that helps businesses “pester” dog owners, who have “the right to be left alone.”

Protecting the public’s right to know

C.J. Griffin, one of the state’s leading open-records advocates, filed a brief in the case on behalf of the Libertarians for Transparent Government.

She pointed out that state legislators have rejected multiple attempts to remove names and home addresses from the public record since OPRA became law in 2002, excluding them in only a few specific circumstances. Names and home addresses excluded from OPRA include those on firearm and hunting licenses, as well as active, formerly active, or retired judges, prosecutors, and law enforcement officers.

Griffin celebrated Fernandez-Vina’s ruling as an important protection against government officials looking for any excuse to deny the public access to information.

“Home addresses appear in all sorts of public records, like criminal cases, voter registration, and real estate records, and there are legitimate reasons we need access to them,” she said. “My fear was that they would roll that back a bit. Any time a court decides against access, public agencies construe it very broadly and use it expansively for all sorts of things.”