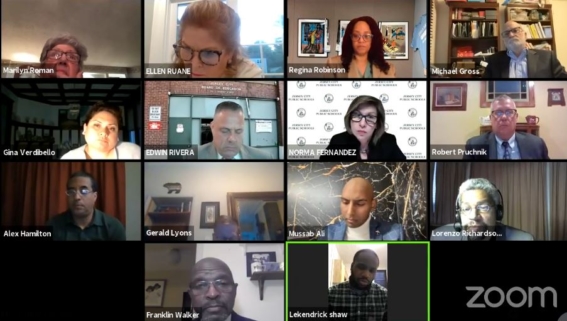 As Jersey City Superintendent of Schools Franklin Walker explained his decision to delay reopening of the public schools until September, he received sharp questioning from some Board of Education trustees and parents, but thanks from teachers, at the board’s caucus meeting Monday night.

Walker said the district was planning to reopen schools for instruction on a limited hybrid model, in which schools would have been open for four half days of in-person learning. At the March 25 board meeting, Walker had said a definitive starting date for in-person students would be announced on April 19.

In March, Walker said $23 million had been spent to get schools ready for reopening, a combination of district funds and money from the federal CARES Act. Custodial staff were being trained on best cleaning practices and plexiglass installation and duct work was being done, as well as installation of thermal scanners at all facilities.

When teachers were called into the buildings last Thursday and Friday to set up their classrooms, however, 500 teachers had requested accommodations.

“The medical department cleared their medical needs, but schools can’t safely welcome students with that staggering number of teachers and paraprofessionals working from home,” he said.

Based on the latest survey, Walker said more than 65% of parents confirmed they would not be sending their children back to the classroom for in-person learning, and 60% of the teachers and staff responded that they would return to work in person.

The superintendent also cited surging cases of COVID-19 as a reason to delay reopening, especially since the city could not accommodate the district’s request to provide COVID-19 testing at the schools.

According to the state Health Department’s COVID-19 dashboard, Hudson County has the fourth highest total of coronavirus activity as of April 20, with 207 new confirmed cases and 1,987 confirmed deaths. At the beginning of the meeting, a moment of silence was observed for a longtime school security guard who had died from coronavirus.

“The risks of COVID-19 far outweigh the potential gains from 12 half days of in-person learning for a small minority of children in the district,” Walker said. Instead, he said the district will focus on a full reopening for the 2021-2022 academic year in the fall.

Board President Mussab Ali said parents as well as board trustees are disappointed.

He pressed Walker about the number of students who did opt for in-person learning and the number of teachers who attended school on Monday.

Walker said 6,000 students were identified to return while the rest would attend remotely. He did not provide Monday’s attendance numbers.

“Based upon the way it was presented to us, teachers were told on Wednesday they had to come into work Thursday in terms of accommodations they may have been denied,” Ali said.

After board Vice President Lekendrick Shaw asked, “how can you ensure the parents that we’re going to reopen in September, barring any catastrophic event?” Walker answered he cannot make guarantees but “we all have to operate in faith, be positive about the way things go and plan for the best.”

Some parents who spoke during public comments echoed the disappointment and uncertainty.

Christine Limbach, parent of a pre-K student, said “I think that the board and Superintendent Walker have completely abdicated their responsibilities to the children of Jersey City.”

“We’re still going to be in a pandemic in September and we will still have underfunded schools,” so what is your plan?” she asked. “What makes Jersey City so unique that we can’t function?”

A group of parents is planning to rally on Thursday morning to protest the delay in reopening.

But the majority of callers were staff members, some of whom are also parents of children in the district. Many said they stepped into buildings with dirty vents and technology that would not allow them to reach remote students.

Diane Mackay, a teacher, said “there’s no shame in waiting until September to get this right,” she said. “The infrastructure of the buildings is not equipped for remote learning.”

Mackay added that students would have eight hours less instructional time in a crucial marking period under the model that was almost implemented.

“There’s nothing I wouldn’t do to be in a normal classroom setting, but this year has been far from normal,” Mackay said.’’

Robyn Henning, a student assistance coordinator, said “we all want to be in school. We want the buildings to be safe. They’re not.”

She said her office is only clean because she cleaned it, and there is no hot water in her building for students and staff to wash their hands.

Jersey City Education Association President Ron Greco said the association takes its direction from the superintendent and has never advocated for schools to be closed indefinitely.

“We support Mr. Walker’s plans, we take his advice and we take him at his word,” Greco said. “We are all for opening, and it must be done safely and properly.”

Ali recommended immediate surveys of teachers regarding their concerns with the school facilities and of those who requested accommodations.

The discussion will continue at the regular board meeting this Thursday starting at 6 p.m. 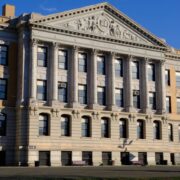 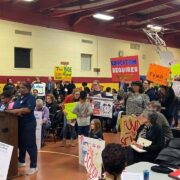 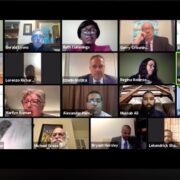 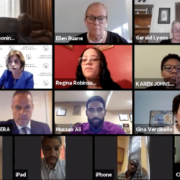 Chiaravalloti Pulls Out of Race Citing Difficulty Running “Off the Li...