In another split vote, the council also adopted amendments to the Morris Canal Redevelopment Plan that will clear the way for the city Planning Board to entertain an application by developer Louis Mont to build an apartment building up to 17 stories high at 417 Communipaw Ave. next to Berry Lane Park on Garfield Avenue.

On the pay measure, three members—Councilperson-at-large Amy DeGise, Ward E Councilman James Solomon and Ward F Councilman Frank Gilmore—dissented. Those voting for the raises reasoned that Jersey City was a “growing” city, with more residents needing more attention. They said they were putting in more time to serve those needs.

Jeanne Daly, the only public participant who spoke on the issue, said: “I’m not quite sure if [council members] should be asking for a raise right now,” given that many people have struggled under the pandemic including police officers who take on work that’s more dangerous” than council members. Daly also questioned whether council members with other full-time employment can do both jobs.

Council President Joyce Watterman asked for the pay ordinance to be amended to allow individual members to “opt out” of the raise if they so desired. In order to voluntarily refuse the raise, City Corporation Counsel Peter Baker said, a council member would provide written notice to the city human resources director and business administrator “30 days prior to the effective date of the ordinance.” 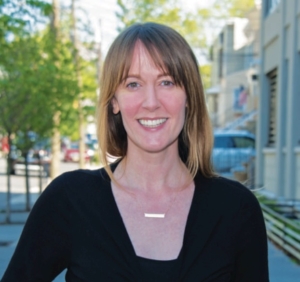 Watterman said she’s “always been an advocate for people to get fair wages” and “for people getting paid for what they’re worth.” She described her job as a “24-hour-day, seven-day-a-week operation … I see the work that we do, [and] I want to make residents proud of who they elect.” No matter what you do, Watterman added, “somebody will always object.”

In defending his “yes” vote, Councilman-at-large Daniel Rivera said he texts his colleagues to alert them “anytime there’s a fire or murder” in any part of the city. “This group works hard—make no mistake about it,” he added.

For many residents, a council member is “someone’s best and last hope,” said Ward D Councilman Yousef Saleh, prompting the city’s elected representatives to be available at all hours of the day so that even this pay raise “can’t compensate you for putting in a seven-days-a-week job.”

But Gilmore said that in the prior years he’s worked for the city [in recreation], he’s seen hard-working employees passed over for raises they deserved in favor of others who were politically connected. Responding to colleagues’ justifying the raises on the grounds that Jersey City has attained Class 1A status by virtue of its population ascent, Gilmore said,“We were growing then, and we’re growing now.”

DeGise said that while she feels that council members “deserve to be compensated” in line with colleagues in other Class 1A cities, it wasn’t the right time for Jersey City to be awarding these pay hikes. 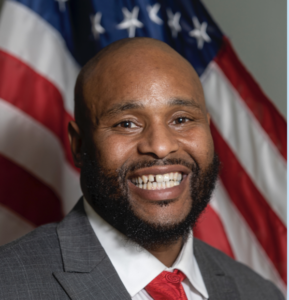 After the meeting, the Jersey City Times asked the dissenters if they’d be taking the opt-out. Solomon said he would while Gilmore and DeGise said they’d be donating the pay differential to community groups; Gilmore said he’d want his contributions used for things like charities and scholarships while DeGise said she’d distribute the funds to youth groups.

In consideration of what has been a controversial land use issue, the council voted 7-2, with Gilmore and Solomon dissenting, to activate an ordinance amending the Morris Canal Redevelopment Plan from its tabled agenda and then voted 6-3, with Boggiano, Gilmore and Solomon opposed, to adopt the amendments.

Since December 2020, following litigation by community dissenters upset over the impact the proposed tower would have on the neighborhood and the questionable value of a recreational component the developer would set aside for the city’s use, a court compelled the Planning Board and the city to reexamine its prior approvals of the amendments to the redevelopment plan as to whether it clashed with the city’s master plan.

Corporation Counsel Baker told the council that part of the court mandate was to determine if the prior actions by the city and Planning Board were arbitrary and capricious. In his judgement, Baker said, they were not. Moreover, Baker said, “Defeating the ordinance could open the city to potential legal liability.”

With the developer watching from the audience, Gilmore said that for the council majority to act now, while he and community members were still in discussions with the developer on a possible compromise as to the height and configuration of the apartment building, showed “a blatant disrespect” for the neighborhood.

“This takes the negotiating power out of the community’s hands,” Gilmore said.

Ridley, who, after a re-drawing of the city ward maps, now finds herself representing that neighborhood, said: “I understand the councilman’s concerns and I’m making a commitment to continue to work with him [to negotiate with the developer].” She said she was hoping that Mont would still agree to reduce the size of the building. And remember, she added, it is the Planning Board that will have the final say about the structure’s height. 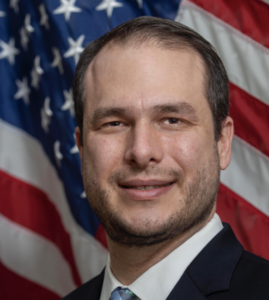 Solomon noted that the site targeted for redevelopment, which is informally known as “Steel Tech,” and called “Morris Canal Park Manor” by the developer was originally designed to be an extension of Berry Lane Park. “I don’t feel evidence of the community’s support for that was ever presented,” he said.

During the public comment period, neighborhood resident June Jones, who spearheaded the litigation challenging the size and scope of the project, said she was “very concerned” about the council’s action. She referenced the superior court’s having directed the city to research whether the amendments to the Morris Canal redevelopment plan square with the city’s master plan. They don’t, she said, because “the master plan does not allow [buildings of] 17 stories” for that area. “We want responsible development,” she said.

Veronica Sutton, a third-generation Jersey City resident and a local realtor, cautioned that the city, through policies that cater to high-rise developers, is creating “an environment of renters” instead of promoting “home ownership” as a way forward for impoverished families.

Last to speak was former Ward F Councilman Jermaine Robinson who said that during the past three years, he attended dozens of meetings on the Morris Canal redevelopment project to try to secure more recreational opportunities for children in Ward F.

“But I’m standing on this side of the dais now,” he said, “because I failed miserably; it wasn’t enough. We’re failing our kids. Seventeen stories? Yeah, maybe that’s too big, but we’ll finally get Jersey City’s first recreation center with classrooms, too.”

“Coming Into Focus” at the Majestic Condominiums
Scroll to top