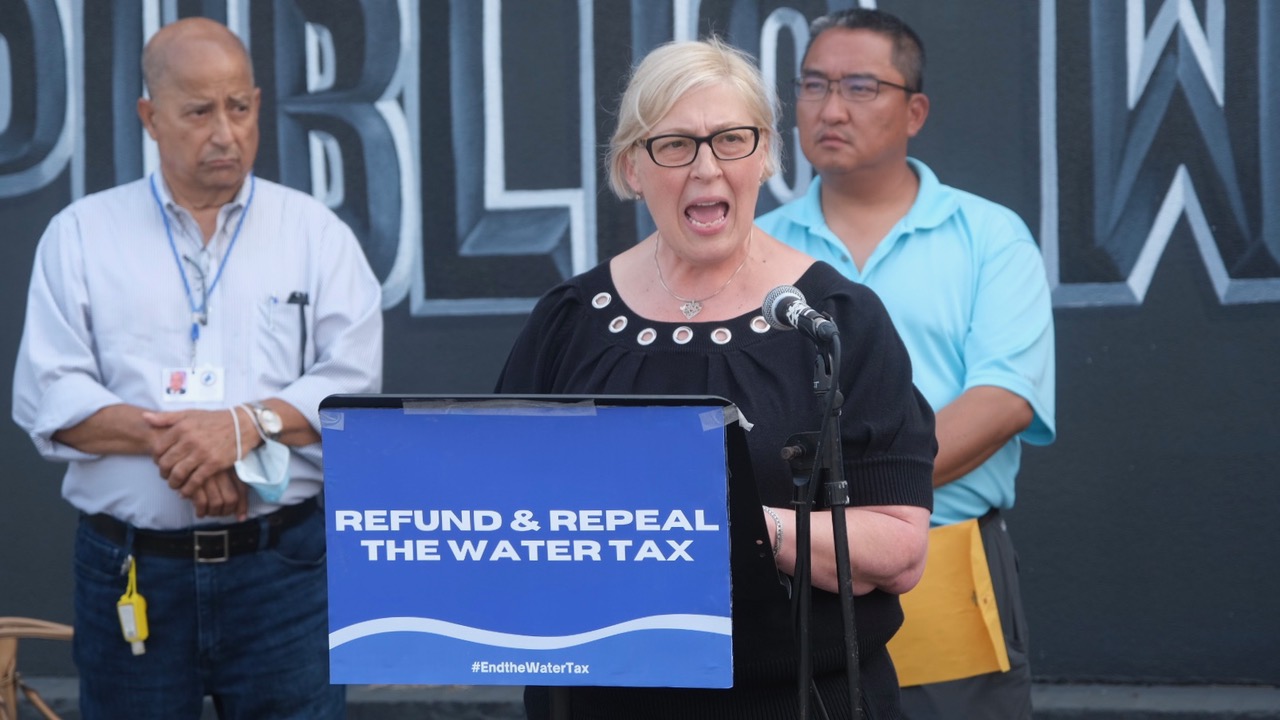 In a press conference yesterday in front of the Municipal Utilities Authority [MUA], opponents of the controversial “water tax” called upon Mayor Fulop and his “council allies” to rescind a fee for garbage removal that was added this year to Suez water bills. 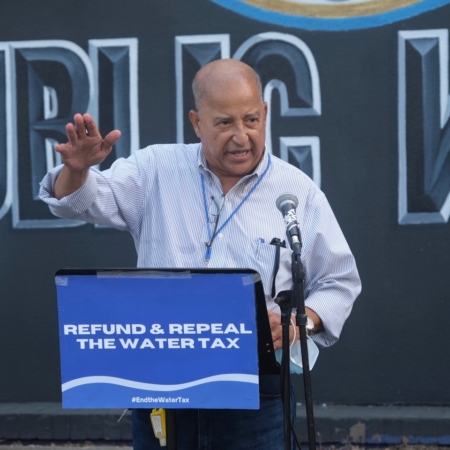 Until the year’s first-quarter water bills were sent out in April, the issue had largely flown under residents’ radars. However, late last month the mayor suspended the charge saying that Suez, which supplies water to the MUA and handles the billing for trash pickup under the new system, had breached its agreement with the city and had used a flawed formula.

Initially, in response to pushback from residents, the mayor argued that the trash collection charge wasn’t a tax increase. “If the average house is having a $300 increase [for trash] but their taxes are going down by $1,000, how is that a backdoor tax?” he asked rhetorically in an interview. The mayor explained that tax-abated properties were not previously being charged for increases in the cost of garbage pick-up.  “Something like garbage collection that goes up exponentially every single contract …those tax abated buildings don’t participate in that.”  By moving trash pickup to the MUA and Suez, the mayor argued, tax-abated properties would now have to pay for the service.

Councilman-at-large Rolando Lavarro wasn’t having any of it yesterday. “I’m here to set the record straight. Mayor Fulop has claimed that his water tax is about tax fairness. This has nothing to do with tax fairness … this has been pure deception plain and simple.”

Lavarro said that 83 properties across the city had been able to opt out of the fee, “with at least two being tax-abated downtown high rises.” 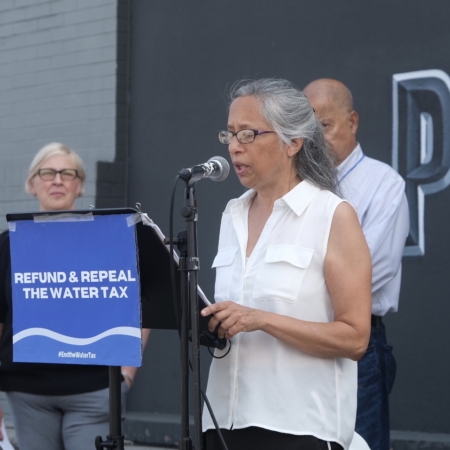 According to Lavarro, the idea to shift the cost of garbage collection to the MUA and Suez grew out of a rate study conducted by the MUA in the summer of 2020. “They had been planning this since then because they knew that they had a monster trash collection contract with Regional Industries that would increase the cost of garbage collection by 66% in 2021. They knew this would inevitably result in an increase in property taxes going into an election year unless there was a financial bailout for Jersey City. And invariably, there was a bailout. It was 144 million [dollars] via the American Rescue Plan.”

Had it truly been a savings for homeowners, Lavarro argued, the mayor would have publicized it. “We heard nothing from [the mayor] the whole time as the MUA commission last fall quietly and discretely approved the solid waste collection fee.”

“It wasn’t until residents rose up with virtual pitchforks and torches” that the mayor tried to cast it as a tax savings and ultimately suspended it, said Lavarro.

One such resident was Meera Jaffrey, who spoke at yesterday’s press conference. Jaffrey noticed a 25% increase in her bill from Suez. “In the 35 years I have lived in Jersey City I have never experienced such a sleight-of-hand maneuver such as this garbage tax that was slipped into our water bill without our direct knowledge,” she said. Jaffrey started a petition that has garnered close to 1000 signatures.

Theresa Cupo, owner of Tessie’s Soapbox, charged the administration with exploiting small business owners. “I do not see the correlation between water consumption and garbage collection.”  Cupo’s water bill increased by $956, or 25%. The increase forced her to raise prices to customers. 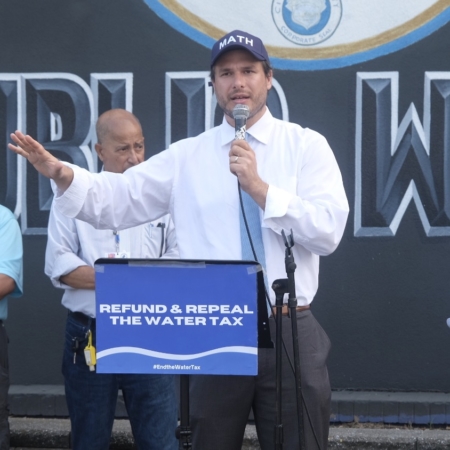 Willy Wu, the owner of a laundromat in Journal Square, received a solid waste charge of $3,000. He described being bounced back and forth between Suez and City Hall. “I tried to speak with someone [at Suez]. They said someone will contact you. They sent me an email telling me that if you want to solve this problem, you need to hire a private company.” Even after sending proof that he was using a private company, he said Suez sent him a $1,400 solid waste charge.

Luis Jimenez, president of the Hispanic American Commerce Association of Jersey City, told the crowd, “We are struggling to keep our businesses open … the last thing we need is more taxes.”

Wearing an Andrew Yang “MATH” hat, Ward E Councilman James Solomon, who had organized the press conference, said, “We did the math, and we knew that this tax was going to fall disproportionately on working families in Jersey City, homeowners whose homes are worth a quarter-million dollars, not the people who own $2 million brownstones. … Refund and repeal, that’s what we’re asking for.”