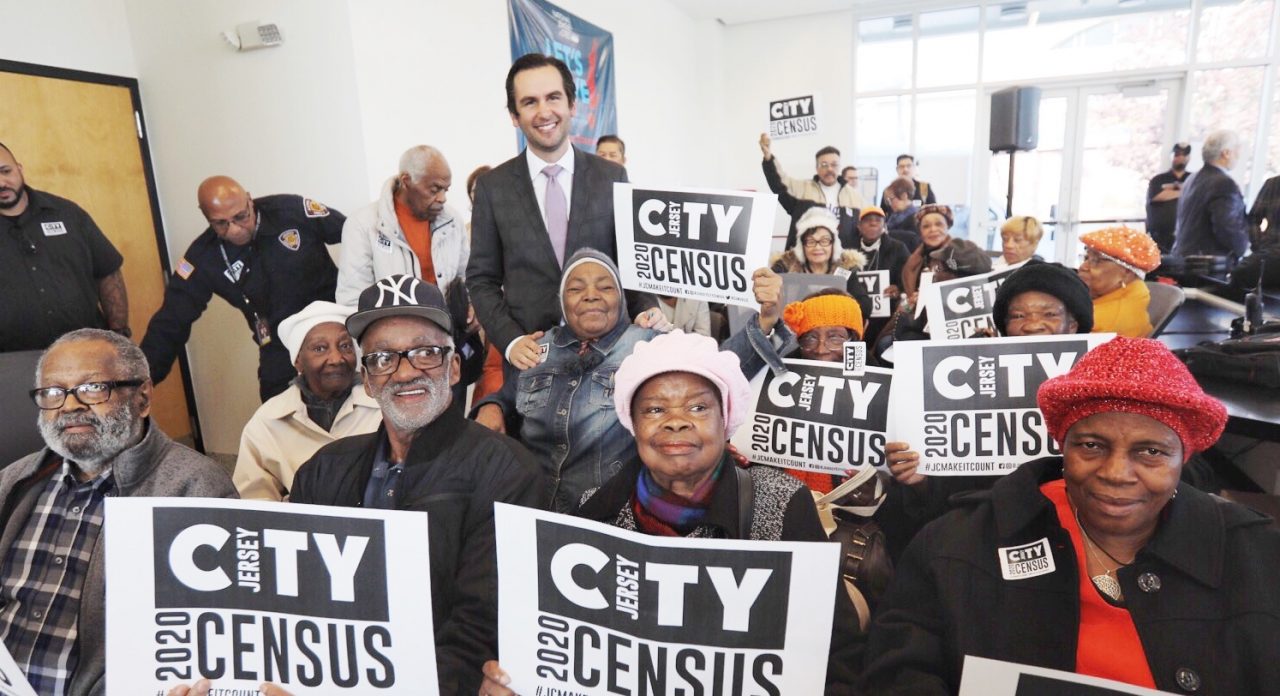 From the perspective of Mayor Steve Fulop, Jersey City is on a roll.

With the local boom in housing, the city’s population is growing steadily and, to hear Fulop and past city chief executives tell it, it’s on pace to surpass that of its western neighbor, Newark, when the U.S. census clicks in next year.

Fulop said Jersey City “has been running neck and neck with Newark,” listed by the U.S. Census as tops in the state with a population of 277,107 as of April 2010, with Jersey City in second place, logging 247,639 residents.

Former Jersey City Mayor Gerald McCann (1981-1985 and 1989-1992),  one of six ex-chief executives invited by Fulop to help promote the importance of getting an accurate count, told a city hall crowd in November that in the 1980 census, the city recorded its “largest decline” ever — a drop of about 45,000 — and that it wasn’t until a decade later with the onset of waterfront development that the population “slowly started to incline.”

“It is estimated that for every resident not counted, Jersey City will lose $15,000 in federal funding over 10 years,” a city census pamphlet says.

Additionally, the count impacts the ability of nonprofits to apply for federal funds to expand neighborhood services through community development block grants and entitlement grants.

According to the city, because only three out of every five residents filled out a census form in 2010, officials are pushing for everyone to be counted this time around. A 2018 survey by the Jersey City Planning Department found about 14,000 new home addresses.

“With this expansion,” a city statement said, “we estimate that there are about 36,486 new people to be counted in Jersey City in the 2020 Census.”

How seriously is the city committed to pursuing an accurate count? City spokesperson Kimberly Wallace-Scalcione told Jersey City Times that the city has budgeted $100,000 “for census 2020 efforts.”

Exactly how the money will be spent Wallace-Scalcione didn’t explain, except to say that Deja Anderson, a senior community relations specialist assigned to the mayor’s office, is leading the city’s efforts, highlighted by creating a “complete count committee” of community leaders to get the word out to residents. A census team comprised of “a broad spectrum of stakeholders from city government to community leaders and the many other trusted voices” is being formed “to efficiently mobilize resources,” Wallace-Scalcione added.

Fulop, who has declared Jersey City to be a “sanctuary city” for immigrants, said the census team will be pressing to count those residents as well. Also he estimated that the city was home to as many as 50,000 “naturalized citizens” and there are likely close to 100 different immigrant groups represented in the city’s schools, according to Wallace-Scalcione.

But, given the unwelcoming attitude of the Trump administration toward old and new arrivals, former interim Mayor L. Harvey Smith (May 2004-Nov. 2004) is worried that “a lot of people new to the country have a fear of filling out census papers.” Asked about that, Wallace-Scalcione said, “There is zero possibility for anyone to be penalized for filling out the census as all personal information is protected by federal law.” She cited the city’s “various media and social media outreach campaigns” to promote the census and last year’s creation of the city Division of Immigrant Affairs to reach out to those new residents on various issues.

Editorial: We Must Save Caven Point
Scroll to top