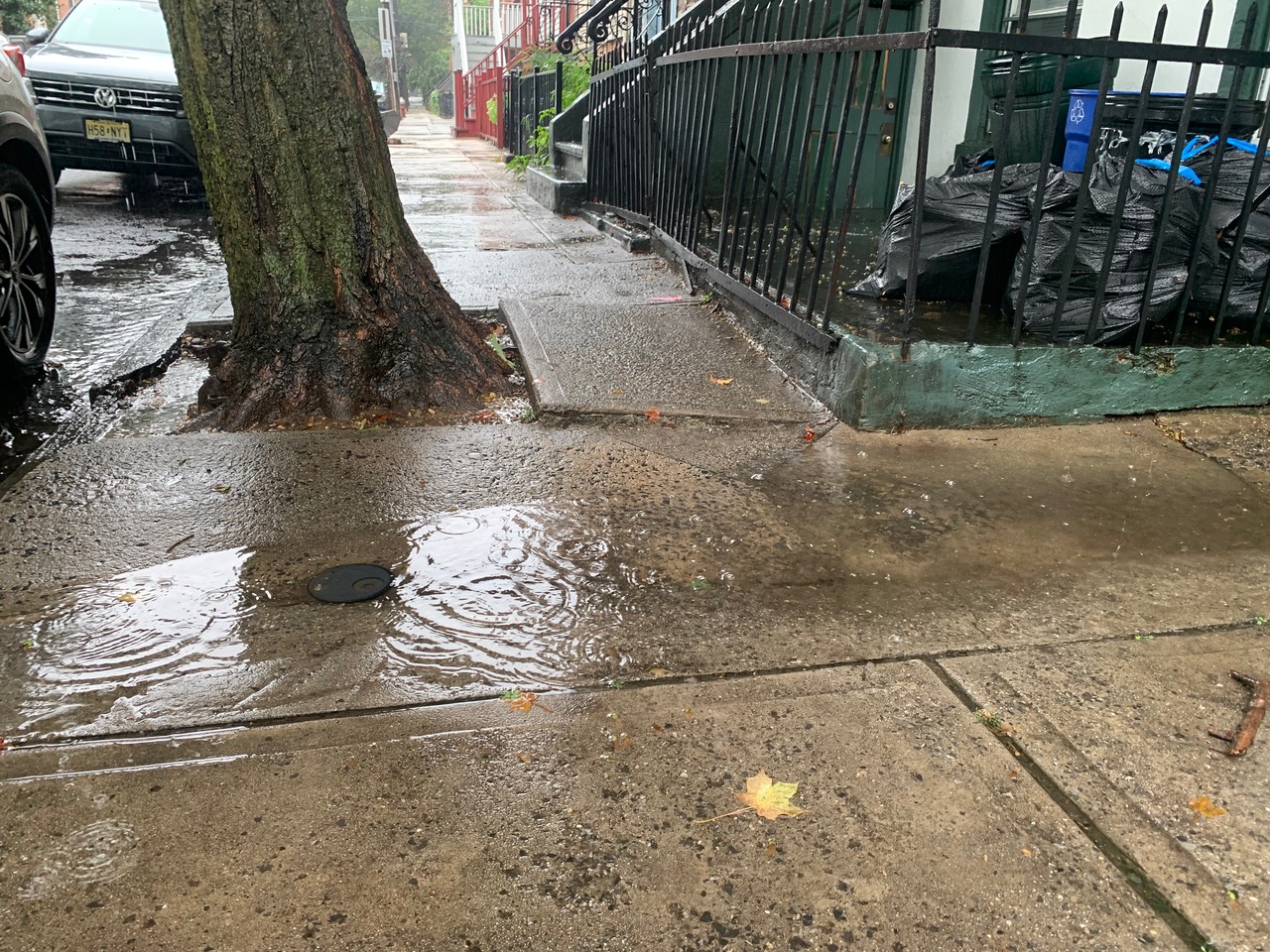 It was the winter of 2017 and I had had enough, enough of the puddle of water straddling a piece of sidewalk just down the street from my home, enough of homeowners who didn’t give a sh** about their neighbors. Weren’t property owners supposed to keep their sidewalks in good repair? I already knew the answer: Yes. I snapped a picture and fired up the SeeClickFix app on my phone.

The SeeClickFix app had been rolled out in 2016 to some fanfare.

“Government — especially local government — needs to be as responsive to its citizens as possible. … This new platform will transform how we communicate with our constituents and will allow us to deliver services where and when they want it” said Mayor Steven Fulop at the time.

According to the city’s website, the app would let me “easily report broken sidewalks, strewn litter or essentially any issue that may affect the quality of life.” The task of responding to these reports would fall to the city’s Resident Response Center.

This was just the kind of efficient high-tech solution I loved. I was totally down for it. 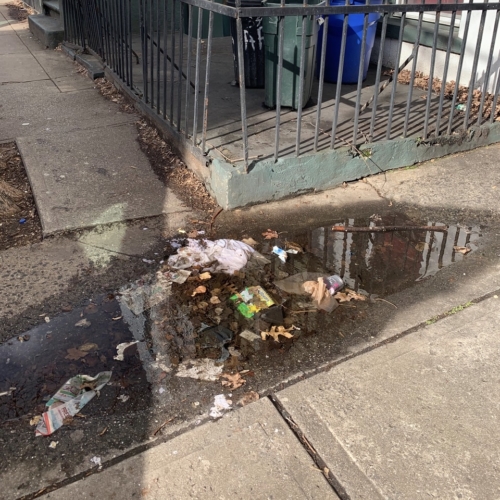 I attached the photo of the puddle and typed in the words “There is a deep depression here that collects water and garbage regularly.” I pressed send. Two days later, a woman named Valerie responded. “I will send an inspector out from Housing Code.” Great, I’m in business, I thought.

Well, if you’ve already figured out where this story is going, go to the head of the class. Yes, 34 emails, four inspections, three violations, one summons, the intervention of a city councilman and a municipal court case couldn’t get this little patch of urban cement fixed.

Four years later, the sidewalk remains as it was on that day back in 2017. It fills with water (see photo above). It fills with garbage. It freezes. If you’re paying attention, you’ll probably have no problem jumping over it. If you’re elderly and maybe using a walker, well there’s always the street.  Just watch out for the potholes, Mom!

Sure, the problem of broken sidewalks doesn’t rival crime, affordable housing, or school funding in the hierarchy of pressing city needs. But maybe a city’s ability to fix little problems matters. Maybe we should be concerned when it can’t get the easy things done. What does that say about the city’s ability to fix hard problems?

Below is the official SeeClickFix log concerning the sidewalk that SeeClickFix couldn’t fix. Think of it as an allegory of municipal dysfunction. Those bubbles? Those were my thoughts — as I remember them — as this sad episode played out. 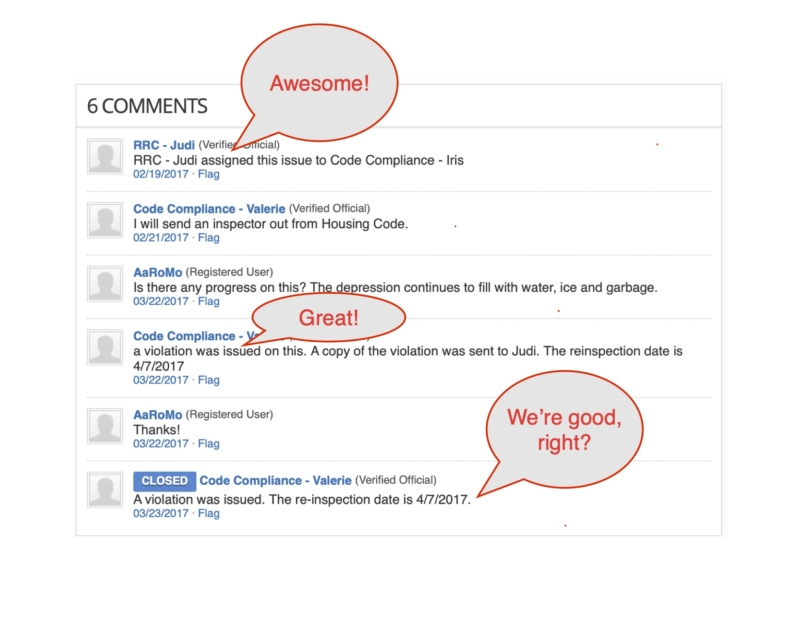 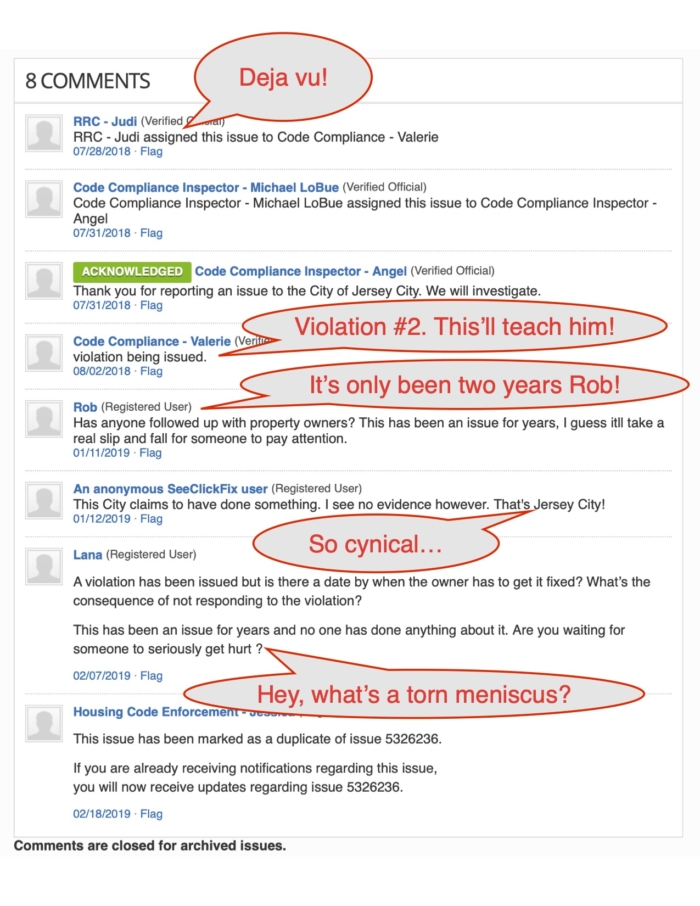 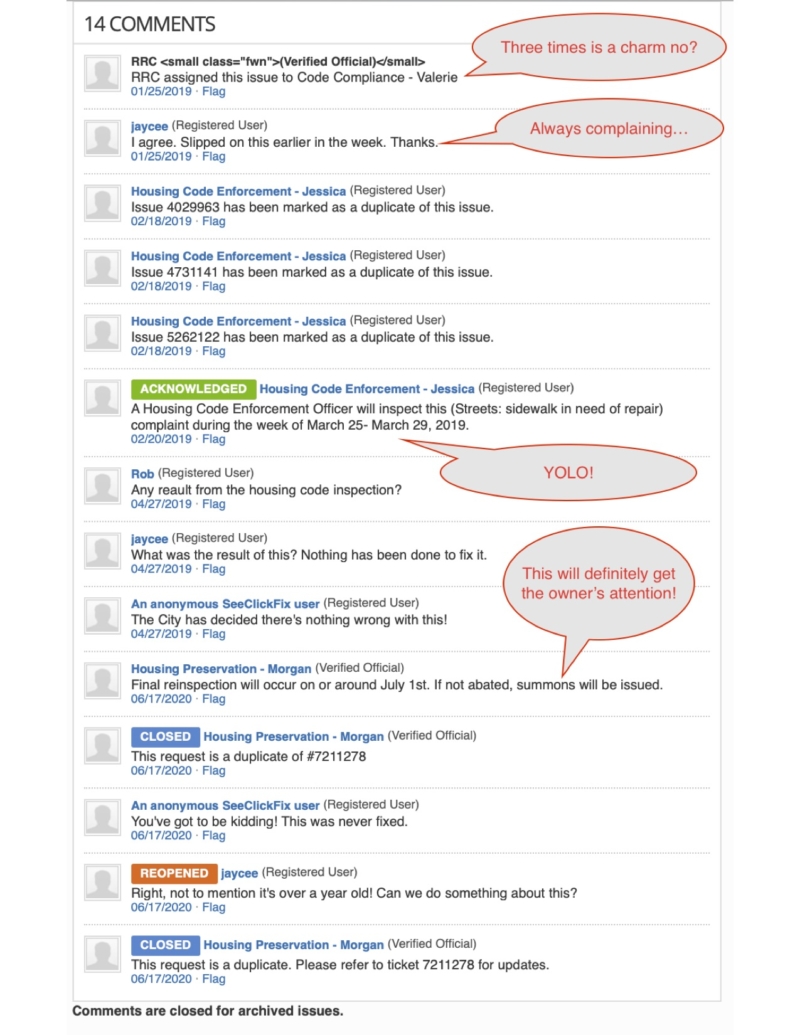 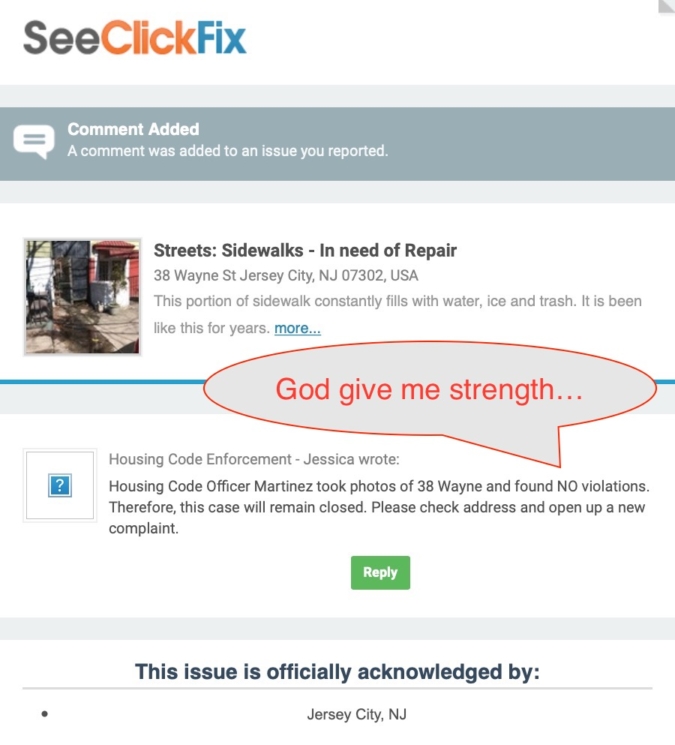 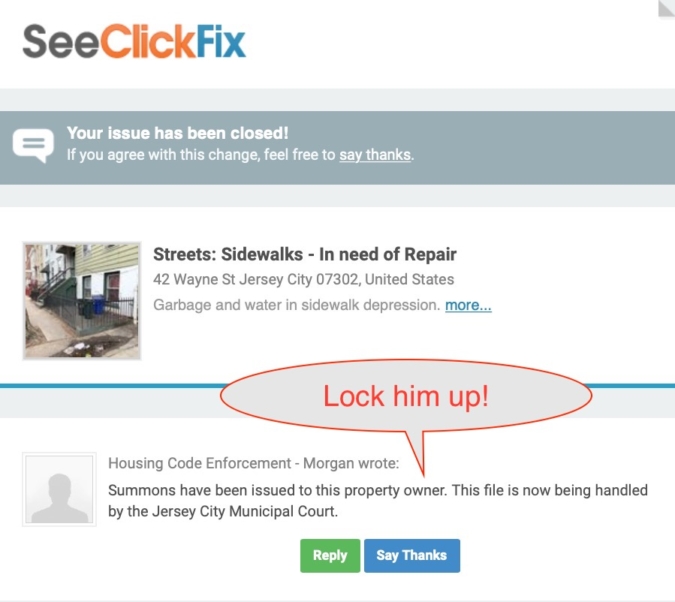 On September 15, 2021, I called the Resident Response Center to find out what had become of the case at the municipal court. The polite young woman on the other end of the line said, “They don’t provide us with any of that info. Was the case not resolved?” No, I responded.  “Let me create a new case,” she said. She promised to send me emails as it progresses.

Man Accused of Attempted Robbery Plucked from Water Near Bridge to Liberty State...