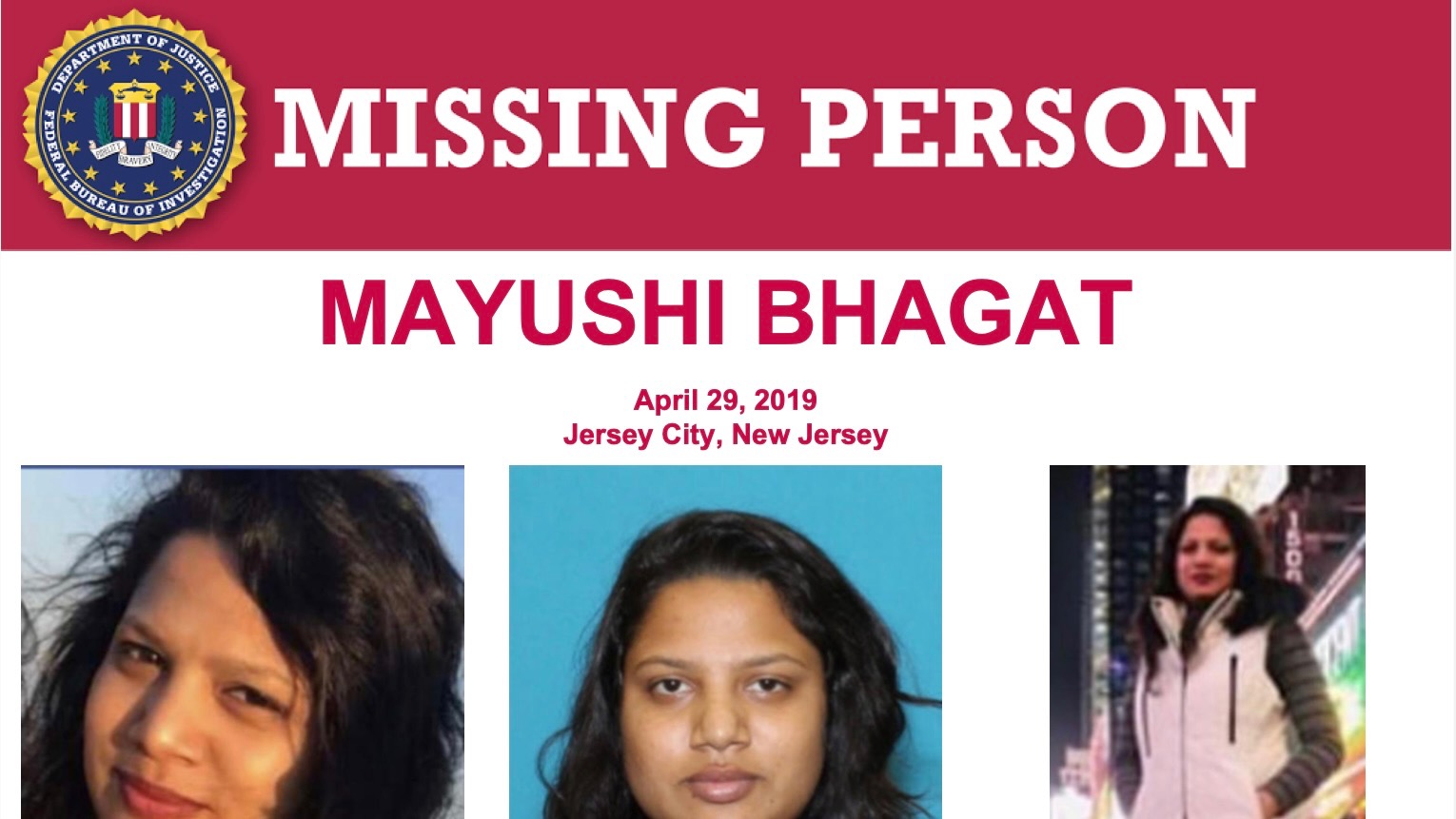 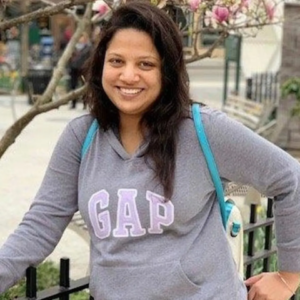 Like so many other Indian immigrants, Mayushi Bhagat apparently came to the U.S. with the intention of advancing her education and pursing a career in tech. Bhagat’s now eerily dormant LinkedIn profile lists a trainee position with the Swedish telecom firm Ericsson and studies at Vadodara Institute in the Indian state of Gujarat.

In 2016, she arrived stateside and enrolled at the University of New Hampshire, later transferring to NY Institute of Technology. An undated photo, shows what appears to be a happy woman sporting a Gap sweatshirt.

Last Friday, the FBI placed Bhagat on its “Most Wanted Kidnappings and Missing Persons” list. According to the FBI, “Bhagat was last seen in the evening hours of April 29, 2019, leaving her apartment in Jersey City, New Jersey.  She was last seen wearing colorful pajama pants and a black t-shirt.”

Bhagat’s father told The Times of India that he communicated with his daughter via WhatsApp at 12:30 a.m. on the morning of May 1.  She told her father that she was “o.k. but will not return home until May 3rd.” she added that “she did not want to be bothered.”

The Jersey City Police were alerted. A group of amateur detectives on the website Websleuths took up the search. It was thought she might be in New York or South Plainfield with friends. Apparently, no one could find her.

The FBI is asking people with information to contact their local FBI office or the nearest American Embassy or Consulate. 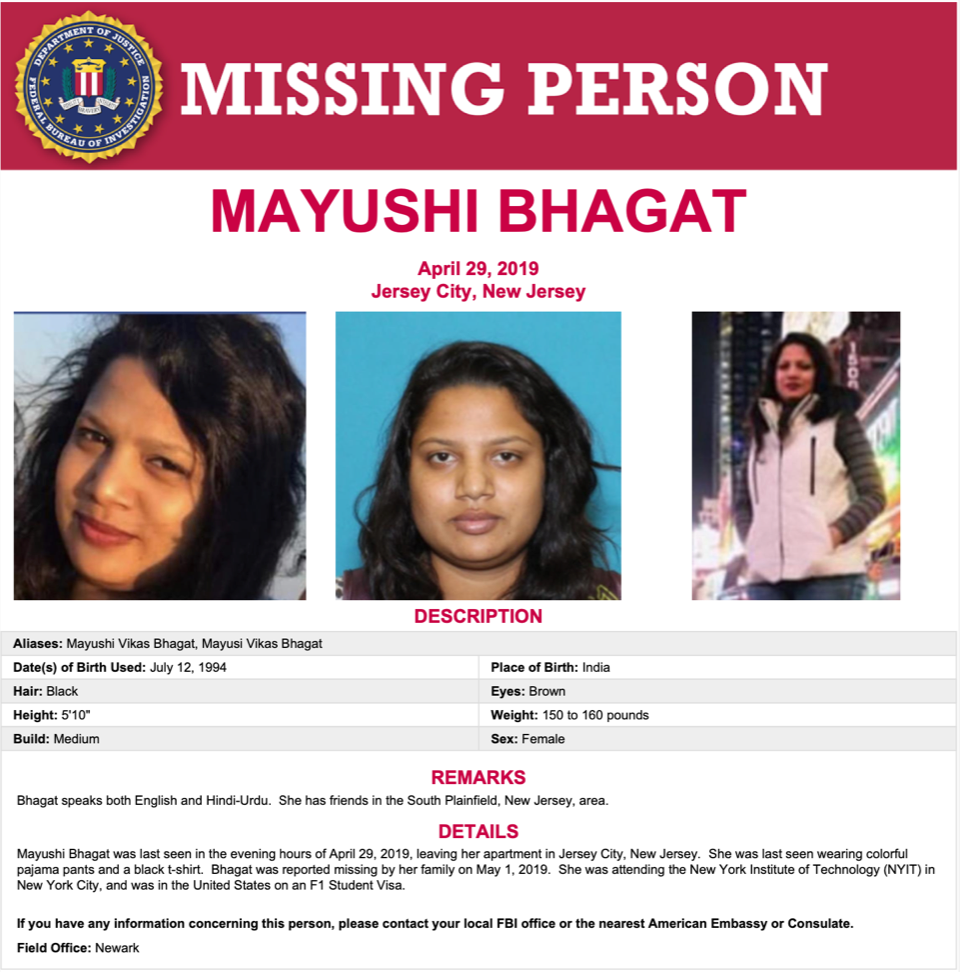 Three Shootings Over Three Days Leave at Least One Man in Critical Conditio...