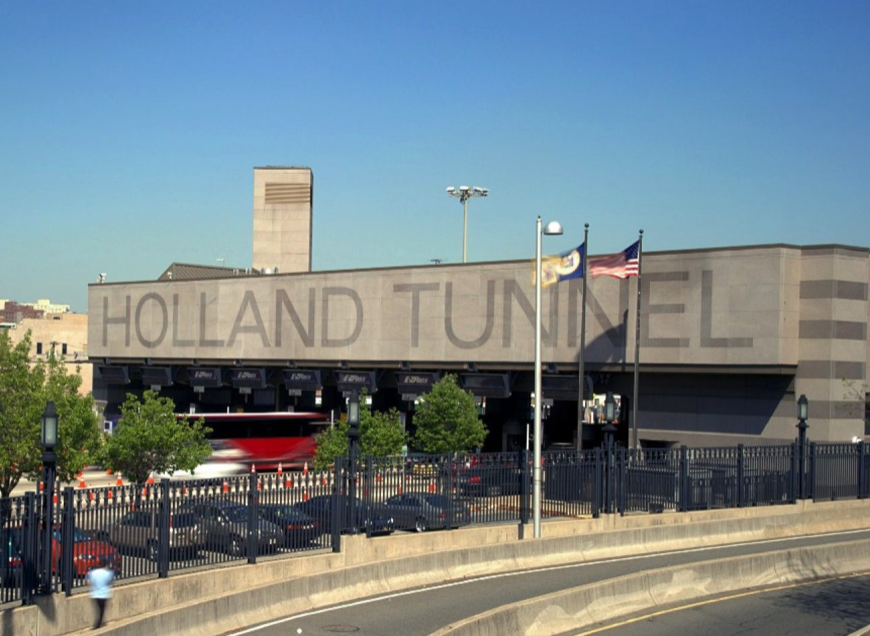 Starting today, cash won’t get you through the Holland Tunnel. But your license plate will.

The Port Authority of New York and New Jersey has announced that a new state-of-the-art electronic tolling system will be activated today. The Holland Tunnel is the first of the agency’s three Hudson River crossings to completely modernize its tolling infrastructure to 21st-century standards following Port Authority Board authorization of the project in July 2019.

The agency completed the transition to all-electronic tolling at the three Staten Island bridges last year. Toll systems at the George Washington Bridge and the Lincoln Tunnel are scheduled to be upgraded to the new modern system within the next 18 months.

“Our customers deserve the world-class service and best-in-class technology which this new upgraded tolling system offers,” said Port Authority Chairman Kevin O’Toole. “With the full implementation of this 21st century technology at our Staten Island crossings and now at the Holland Tunnel, the Port Authority continues to move the region faster, safer, and more efficiently.”

“Contactless, cashless toll collection is the future at all of our crossings,” said Port Authority Executive Director Rick Cotton. “This new toll collection system upgrades the Holland Tunnel with the most up-to-date cashless technology which will be more resilient and provide the agency faster processing times.”

Cash toll collection at the Holland Tunnel was suspended in March due to the coronavirus pandemic. The transition on December 23 to the state-of-the-art all-electronic tolling technology will not impact drivers at the tunnel.

Motorists are encouraged to sign up for E-ZPass as the Hudson River crossings continue upgrades to this new tolling system. E-ZPass accounts are easy to open online at E-ZPassNY.comor by calling the E-ZPass New York Customer Service Center at 1-800-333-TOLL (8655). E-ZPass remains the most convenient way for customers to pay tolls and provides a discount over the Toll-by-Mail toll rate. Due to the impracticality of continuing the carpool discount plan with cashless tolling, the plan, which had been suspended in March along with cash toll collection, will end at the Holland Tunnel.

Drivers without an E-ZPass account will have images of their license plate captured by overhead cameras, and a bill for the toll amount will then be sent by mail. Additionally, according to the Port Authority, a newly launched Tolls NY smartphone app (for iOS and Android users) provides easy,  24/7 access to customer service for all cashless toll transactions and will eliminate the need to wait for bills in order to pay or access toll and payment history.

The Port Authority’s Board of Commissioners approved the new cashless tolling system for the George Washington Bridge and Lincoln and Holland tunnels in 2019. The Port Authority first implemented the new system at the Bayonne Bridge in February 2017, the Outerbridge Crossing in April 2019, and the Goethals Bridge in September 2019.

What we know about NJ’s COVID-19 vaccination program