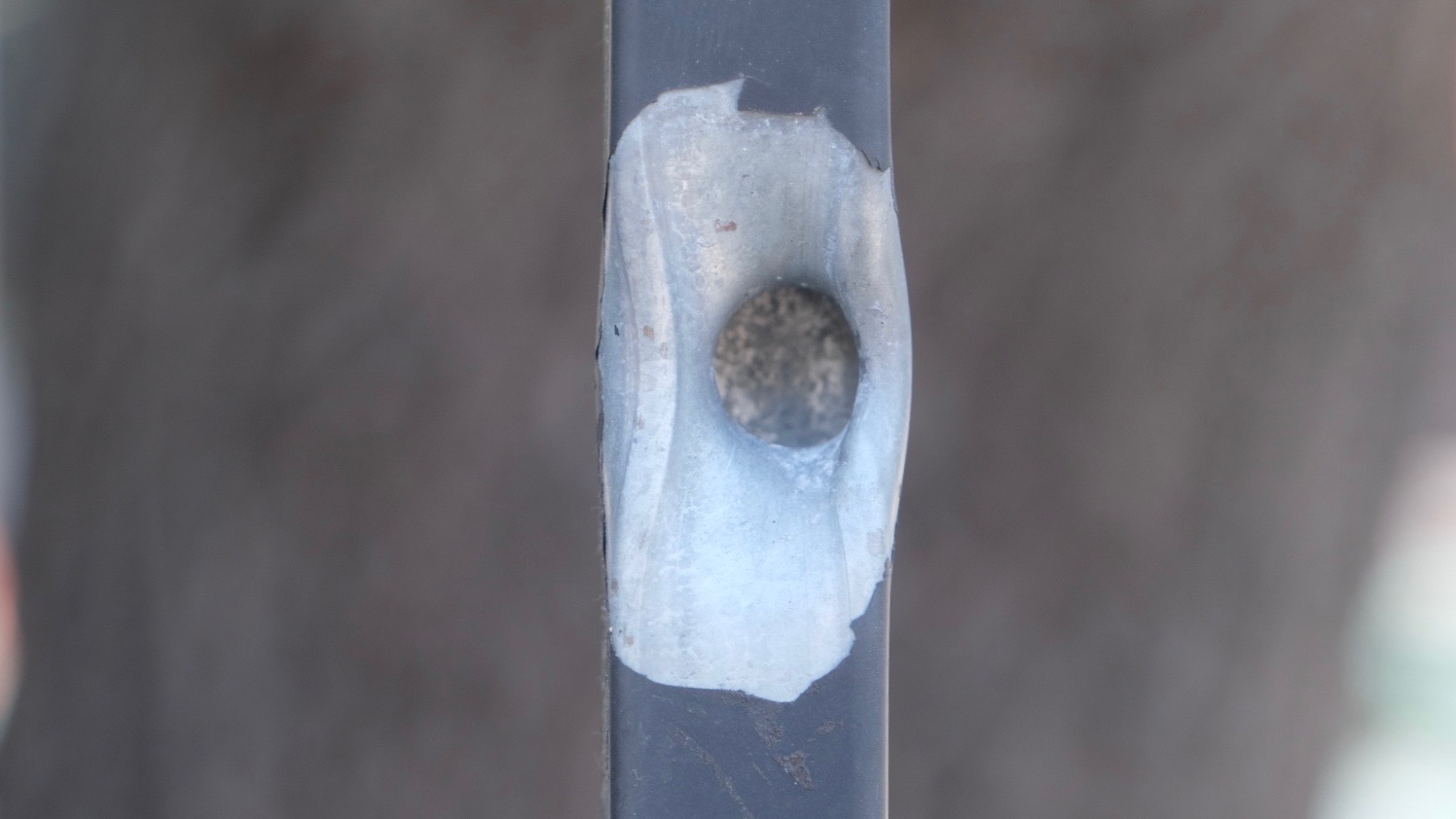 On Sunday night, a group of Wilkinson Avenue residents gathered at a storefront church on Martin Luther King Boulevard to plead for help. Over the course of two hours, they told a police captain and a panel of neighborhood activists how a band of gun-toting youths had slowly turned a street of working families into one of the most dangerous places in Jersey City.

According to multiple residents, over the last year a band of 30 to 40 young men—many from other streets nearby—terrorized their once quiet block, blasting music, riding noisy, unlicensed dirt bikes, sitting on residents’ porches, breaking into basements and hallways and, on occasion, engaging in gunfights.

“Homeowners are scared to walk to the store because bullets are flying,” said a man in his seventies who attended the meeting.

“The kid had been shot”

A woman agreed. She recounted what happened to her one night when returning from the grocery store at around 10 pm and parking her car: 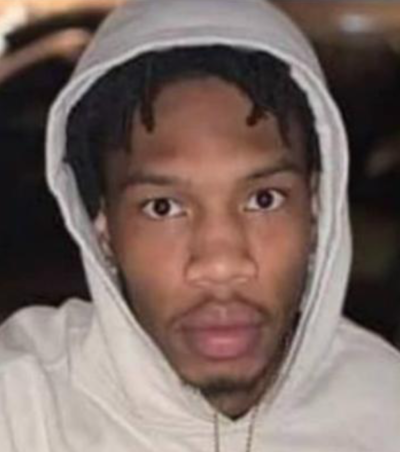 “I was talking on the phone to my sister-in-law and all of a sudden, I did not hear a shot, but the young man fell upon the back door, and I said ‘Oh, you know how these kids are’…there was a girl with a phone, so I though thought they were just doing something. I proceeded to toot the horn and he proceeded to fall down, and I’m screaming. The kid had been shot.”

That wasn’t the only shooting on Wilkinson Avenue. On April 13, 21-year-old Rodney Wallace was shot and killed there. Two young men —one 16 years old — have been charged with the homicide.

The attendees expressed near universal frustration with the police department’s response to the mayhem, many residents citing the unwillingness of officers to walk down the block from fixed locations on MLK or to come when called.

“There are 20 or 30 kids there…all on up on this porch…on people’s cars. I call the police. There’s police right on the corner sitting in their car. They can’t walk two doors over and break up the mess?” asked on resident.

Said another, “One day, it was just outrageous. I went to the precinct. They looked at me and said, ‘I hear what you’re saying, but there’s nothing we can do.’ I’m asking you for help, and you’re telling me there’s nothing you can do. So, then I spoke to the two policewomen at the corner and asked can you do anything, and they said ‘We’re not supposed to leave our post.’”

Local commanders appear to be hamstrung. According to Captain Marc Gigante, officers are unable to move from the fixed posts. “Currently that’s the strategy upper management’s employed…overall, they really don’t want them leaving those specific spots.”  He suggested that they take the matter up with Police Director Tawana Moody or Director of Public Safety James Shea. 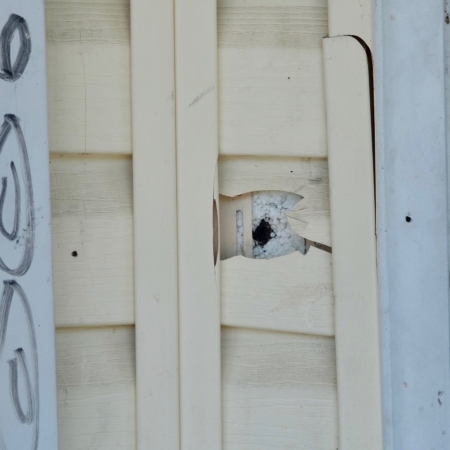 One resident who regularly found the youths in her hallway smoking marijuana, called 911 and the non-emergency police number so many times that the department blocked both her land line an cell phone number. “They know the numbers…I had to make up a fake number on TextNow to get through.”

Captain Gigante described call volume in the South District as “very heavy.” He went on, “I don’t think most people realize how many officers are actually out here. It’s literally only six patrol cars.”

“I just want peace where I live”

Some locals resorted to self help. A woman admitted to confronting the youths. “My family worries about me. I know I shouldn’t, but it takes a lot for me to sit in my house that I pay taxes for and watch them doing the things they’re doing. I just want peace where I live.”

There has been physical damage as well. During bad weather, the gang broke into occupied buildings. “Recently they crowbarred the basement door because we had it sealed shut,” said one resident.  Bullet holes grace the exterior walls of several homes, and, to the consternation of many of the residents, the gang’s activities prompted the city to close a popular pocket park “for temporary repairs.”

Opinions differ on what to do about the problem. Lincoln High School Principal and council-at-large candidate Chris Gadsden called for dialogue between the gang members and local residents. “All the police are going to do is lock them up for the smallest thing, but we don’t want that…our fight is not with the police department but with city agencies that neglected or forgot about a whole neighborhood of people.”

Steve Campos, community resource director of the Hudson Partnership Care Maintenance Organization, who works with at-risk youth, called for collective work between the police and the community to “get to the core of what’s happening with these kids.”

“When we start diving deep into those family dynamics, they run deep and generational. Sometimes I have an 11-year-old brother who I’m trying to keep from going up the path of the 16-year-old brother,” he said. 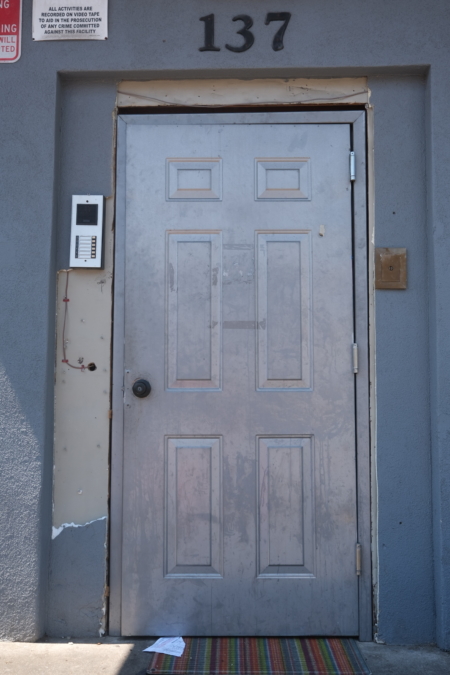 In fact the inter-generational cycle of gun violence isn’t new to Wilkinson Avenue.  In 2019, Markell Albright, 21, was gunned down on on the street.  Markell’s father, William “Ghost” Albright Jr., had been gunned down in 2013 while sitting in his his wheelchair only three blocks away.

“These are my little brothers”

A 23-year-old man named Derek stood and spoke on behalf of the kids.

“This ain’t start with us. We ain’t just wake up one day and pick up guns. When I was young, we had a gym, we had recreation. These kids. They’re angry. Maybe they seen their father gunned down. They’re 16 now, they’re angry. These are my little brothers, and it’s hard for them to listen to me. You gotta keep trying. A lot of these kids aren’t who ya’all they think they are. Nobody ever come talk to them. Nobody ever took them out to eat. Nobody ever took them bowling. They never went skiing. They say ‘respect who? Nobody ever respected me.’ Everybody wasn’t blessed with the best situation to have parents, a father, a household, marriage, grow up and leave the house…everyone didn’t have that.”

At the end of the two hours, the comments had shifted markedly from anger and frustration to a search for home-grown solutions. Activist Dwayne Baskerville, who has been working with at-risk youth at the Booker T. Washington houses, said the community needed to reach out to the kids.

“Let’s break bread together…a lot of them haven’t had a grandma’s meal in a long time.” Approach them in the right way, he said, and “they’re kids again.”

Campos announced the creation of the Greenville Collaborative Fund to fund activities for youth and the community during the summer months. In spite of the need to hold city hall accountable, said Johnson, “We want to make sure we continue this love and effort within the community.”

Gilmore had the last word.

“We’re gonna put the neighborhood on the hook to not call the police, because they don’t have the resources and manpower to deal with it anyway…and the community has to be held accountable.”

At that Lovely gave out the form for Wilkinson Avenue residents to organize a block association.