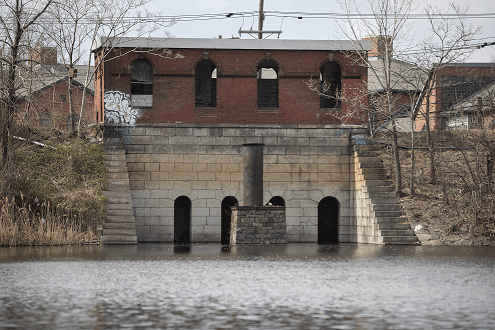 Jersey City Reservoir No. 3, as the onetime water reserve in the Heights is known, is due for a lot of sprucing up thanks to the recently announced award of more than $2.5 million in city, county, and state grants for improvements.

“We’re ready to move forward with plans to make the area more secure for everyone to enjoy, while also preserving the historical aspects that have great significance to the city,” said Mayor Steve Fulop. “With this funding now in place, we’ll soon have complete access to encourage even more use of the historic landmark.”

Built in the late nineteenth century, the once-active reservoir was decommissioned in the 1980s, when it was replaced with a larger facility in Boonton, New Jersey. Ironically, its evolution into an “urban wildlife preserve” (if Wikipedia be believed) could not have taken place without the site’s very demise. With more and more open space in Jersey City disappearing as the result of development, and in a nod to the work of local preservationists, elected officials now see the value in keeping at least this one parcel of nature pristine. 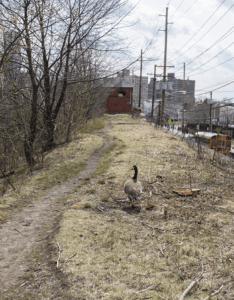 From the beginning, Reservoir 3 had good bones (if an unpoetic name). It’s enclosed by 20-foot-tall Egyptian Revival stone walls and features Romanesque Revival style pump stations. The historic setting has attracted birds ranging from swans to great blue herons to peregrine falcons who now call the six-acre manmade lake inside the property home. It was the space’s very beauty and potential that, in 2005, led a group of local residents to form the Jersey City Reservoir Preservation Alliance to protect it.

The mission of the Alliance is to “preserve the historic structures and natural resources of Jersey City Reservoir 3, establish the site as a public park and wildlife sanctuary, and promote educational and recreational opportunities at the Reservoir” (according to its website). The group maintains the site as a public park on Saturdays during the summer and fall seasons, hosting a variety of arts and play activities. They also conduct tours, run school programs, hold boating and nature events, take care of the park’s wildlife, and clean the site as needed.

The reservoir is listed on state and federal registers of historic places. For their work preserving the property, the Alliance was recognized with the Ted Conrad Preservationist of the Year Award in 2005.

Plans to further improve Reservoir 3 include building perimeter fencing (with a $500,000 contribution from the Hudson County Open Space, Recreation, and Historic Preservation, Trust); restoring the crumbling screen house, known as the sluice tower (courtesy of a $750,000 gift from the NJ Historic Trust); installing lighting and developing walking trails (with over $884,000 in funding from the state’s Green Acres Program and making $400,000 in general upgrades with a donation by the Jersey City Open Space Advisory Trust.

All this comes as welcome news to Alliance president Cynthia Hadjiyannis.

“We’ve been extremely fortunate-this past year the Reservoir received three separate grants and funds were allocated from the City’s Open Space Trust for historic preservation and site improvement projects. It’s such a unique place that these projects will present unique architectural and engineering challenges. Now that we have money, the Reservoir Alliance will want to make sure the City has a great team working on this in a focused way. I’d personally like to see the City hire an outside historic preservation professional and landscape architect to get the most sensitive, creative design and highest quality workmanship ” she said.

Work will start once the state Historic Preservation Office has signed off on all details and all approvals are in place, projected to be by Spring 2020, according to Jersey City spokeswoman Kimberly Wallace-Scalcione. No estimate was given for how long the job would take to complete.