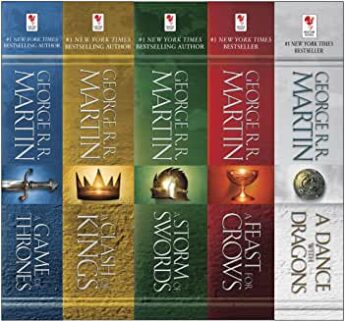 The prolific Jersey author might be onto something here. As Jersey City joins the viral effort of other municipalities across the country to defeat-by-retreat the coronavirus, more and more people will find themselves alone (or, in the current vernacular, “socially distanced”). But that doesn’t have to mean cutting oneself off from humanity. Books, as Oates eloquently notes, offer an opportunity for connection, for slipping into another skin or even another world — or for helping make better sense of one’s own.

The following titles, fiction and non-fiction, for adults and young readers might just help you thrive in the brave new world that’s currently causing all of us so much anxiety. 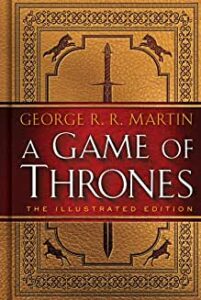 “A Game of Thrones” by George R.R. Martin. Want to escape into a rich, all-encompassing fantasy world? There’s no better place to lose oneself in than the dark magical world of George R.R. Martin (who hails from Bayonne, NJ). Although most people know of this work through the highly acclaimed HBO series, the book offers satisfactions (and complications) that the filmed shows for all their intrigue and brutality simply can’t match. There’s a reason this book won a bunch of literary awards and converted millions of readers (many of whom didn’t consider themselves fans of fantasy until they entered Martin’s world). And the good news is if the current restrictions on widespread social movement continue indefinitely, there are lots of follow-up volumes to this original work. 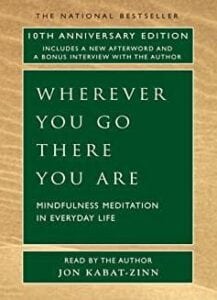 “Wherever You Go, There You Are” by Jon Kabat-Zinn. This is one of those rare self-help books that actually can really help you. Having sold almost a million copies since it was first published in 1994, this is the perfect book for these troubling times. Kabat-Zinn, a professor emeritus of medicine at the University of Massachusetts, offers his plan for improving “mindfulness” through meditation. But as he’s quick to point out, meditation is not some weird cryptic activity (his words) but a scientifically established practice that can help reduce stress, improve cognitive function, and lead to greater awareness. The exercises he offers in the book can be done by anyone, anywhere, at any time. You could do worse than to turn from the news of the world to the world inside of you and discover something new and something calming. 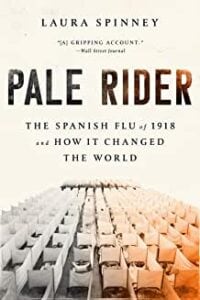 “Pale Rider” by Laura Spinney. It might seem counter-intuitive to try to take your mind off the current global virus by reading about a previous global virus, but science journalist Spinney details like a novelist the grim and gripping story of the 1918 flu pandemic (known colloquially as the Spanish Flu) that killed 50 million people worldwide. Her account of the lives touched and taken by the H1N1 virus (the same strain of flu that circulated a decade ago in a world much better prepared to deal with it) is sobering but riveting. For those feeling helpless in the current situation, reading Spinney will remind you of just how much more adept global society has become in diagnosing and dealing with pandemics no matter how dire things seem when you turn on CNN. 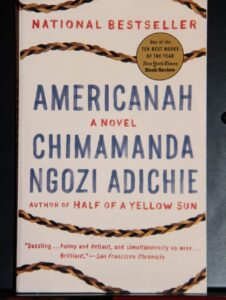 “Americanah” by Chimamanda Ngozi Adichie. If the coronavirus has reminded us of anything, it’s that we’re all connected globally. Americanah, winner of the National Book Critics Circle Award for fiction, tells the story of two Nigerians, young and in love, whose hopes and desires lead them to take divergent paths to the United States and the U.K. They reunite years later in newly democratic Nigeria where they reckon with their respective pasts and reignite their earlier passion. There are epic, timeless elements to the tale as well as contemporary scourges like post-9/11 xenophobia and the indignity of being an “undocumented” person. It’s a book about what we give up to gain what we thought we always wanted; in our current cloistered climate of confinement, it asks us to re-examine what it means to be free. 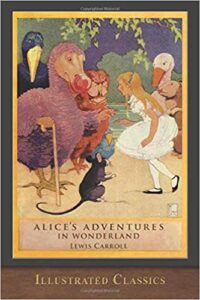 “Alice in Wonderland” by Lewis Carroll. Think you know the story? Read it again. Alice’s trip down the rabbit hole is the perfect tale for these uncertain times. Is it a metaphor for what happens when we lose control of our landscape? Is it a cautionary tale about how treacherous life is when previously established social controls are loosened? Is it a call to put anxieties aside and embrace the strangeness of the human experience? Is it a celebration of the diversity of our planet, a diversity we take for granted until we’re forced to see it through the eyes of our fellow inhabitants? It is in equal measure silly and surreal, terrifying and teasing, humorous and harrowing. And its mesmerizing cast of characters is as memorable as any to be found in Western fiction. Plus, your kids will love it.