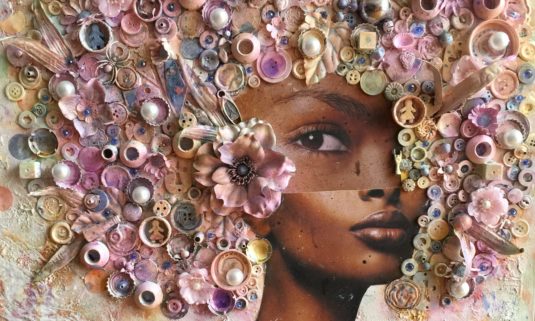 The pandemic closed the doors to White Eagle Hall, home of the Jersey City Arts Council’s 2019 annual awards ceremony (and so much more). So, on Monday night, the JCAC was forced to take its festivities to the Internet. The occasion: the 2020 Jersey City Arts Awards ceremony, an annual bestowal of prizes that began in 2018.

But while the scale of the event was smaller, the stakes felt higher. Jersey City has just voted to create a million-dollar fund to serve the arts. The Jersey City Arts Council, as we were reminded several times during the stream, was the foremost organization pushing for the passage of the referendum. I supported the initiative and wrote and spoke out in favor of it.  After watching this presentation, I’m left with a creeping feeling that we made a mistake.

The problem wasn’t the recipients, many of whom are worthy of recognition and a wider audience for their art. The trouble with the awards was the Council itself. Although representatives of JCAC took up a startling percentage of the screen time allotted, not one of them articulated any rationale for the judgments they made. Much can be said about the work of Visual Arts prize winner Theda Sandiford: the fine line between comfort and destabilization that her sculptures walk, her repurposing of materials, her use of pastiche, her affection for yarn, her place within Hudson County’s long post-industrial tradition. Instead, we were assured by the JCAC presenter that she was “really awesome” (ugh) and “ever-changing and really dynamic.”

Representatives of the organization testified, in vague management-speak, to the social utility of art — fostering wellness and equality, inclusion, sustainability, and many other laudable things. What they did not talk about: good paintings, good music, good writing, and what exactly made the work honored artistically superior to the work that was not.

The presenters would not tell. Even more worryingly, they would not show. The move to videoconferencing should have given the JCAC an opportunity to present the artworks they’d deemed exemplary. Yet very little of the stream was devoted to exhibition. Young Artist award winner Tyler Ballon has developed an impressive style: He specializes in painted portraits of great intensity and in images of children who look like they’ve seen way too much. The camera captured a partial view of his canvasses, rendering them impossible for the viewer to fully appreciate.

Hip-hop fans are surely familiar with the legendary photography of Legacy Art award winner Ernie Paniccioli, the confrontational and accusatory tenor of his shots, and the role they played in the formation of the public image of rap music. It would have been a simple thing to show a few of those pictures. JCAC barely spoke to the artist’s significance, which is considerable, and had nothing to say about his characteristic style, which is not difficult to describe.

Why did these presenters seem so intimidated by the art they chose to praise? Why did they refrain from any sort of critical engagement with their own honorees? I am left with the feeling that the Jersey City Arts Council is simply not a confident organization. Not only are they uncertain about their aesthetic valuations, they prefer not to use the language of aesthetics at all. Normally, this would not be too troubling: Many people find it hard to talk about art, even those who are moved to support it. Yet there is good reason to believe that the JCAC board members are the very people in town who will have the most influence over the disbursement of the trust fund. Both the mayor and the director of cultural affairs appeared on camera during the ceremony and took pains to link JCAC’s efforts to the passage of the initiative. The JCAC has the attention of City Hall. Their judgment felt inscrutable.

At times, it was unaccountable. Consider, for instance, the selection of the city’s latest poet laureate, Susan Justiniano, who writes as “RescuePoetix.” Her poem was the low point of a show that was often a mess. The piece that Justiniano chose to read contained no audacious use of language, no unusual rhythms or images, nothing surprising, compelling, or unexpected. Instead, it was laden with inspirational platitudes and empty, new-agey phrases like “the serenity of mind and spirit” and “the gears of hatred and war.” It is no exaggeration to say that there are scores of Jersey City punk bands and rappers who are writing at a much higher level than this — writers using the English language in marvelous ways, steering clear of shopworn phrases, penning words that sing. (The complete absence of punk, folk-rock, electronic music, and hip-hop at a show dedicated to Jersey City arts suggests strongly that the JCAC awards givers are sharply out of phase with art in Jersey City as it is currently made and appreciated.)

No explanation was given for the selection of RescuePoetix; instead, we were simply assured that she’d been in the arts community for a long time, which, while commendable is not slightly salient to the question of her merit as a poet.  As elsewhere, the presenters seemed determined to confuse good citizenship with good art. Seats on boards of arts organizations were treated as unmitigated positives, rather than the political and institutional compromises they sometimes are.

Many of the best artists in Jersey City are reclusive people. They don’t engage in public controversies because they’re busy refining their crafts. Yet their work is present all over town: in galleries, on albums, in basement studios and sometimes on city walls. The JCAC might have singled out the outstanding art exhibitions that have been mounted in Jersey City over the past twelve months or commended some of the excellent curation that has been done on behalf of that artwork. They might have honored an exemplary rap verse or an unforgettable rock chorus and explained exactly what distinguished that writing from other writing like it.

That would have required an application of a coherent artistic standard. If the Arts Trust Fund initiative is going to work as it was intended, we’re going to need to develop one in a hurry. The “new funding stream ahead,” as it was called during the presentation, is no small trickle; we’re about to dedicate quite a bit of public money to the arts. Our gatekeepers and leaders have a responsibility to show us that they’re arbiters with good taste and clear aesthetic criteria. Jersey City passed that ordinance and submitted to a new tax because we’d like an artistic voice of our own. We know there’s quality work here, and we’d like the world to hear our story. But that’s never going to happen until we stop being afraid of words, until we find our voices and speak clearly about what we value, and why.

For more on coverage of the Jersey City Arts Trust Fund, click here.