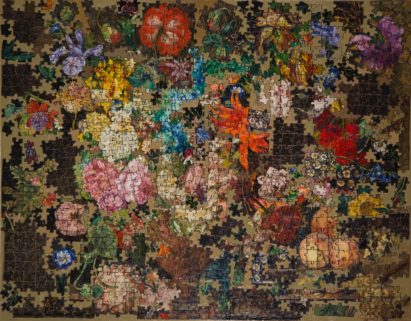 Artists, arts advocates and local culture vultures cheered when on November 3rd Jersey City voted to create an Arts and Culture Trust Fund, the first of its kind in New Jersey. Now, with the vote a done deal, the arts community is debating how the fund should operate. There is no shortage of ideas.

The brainchild of the Jersey City Arts Council and Mayor Fulop and then promoted by a wide range of artists and organizations including The Jersey City Arts Fund Committee, the fund will draw on a property tax levy of between .5 and 2 cents per $100 dollars of assessed value for every home in Jersey City. It is intended to support both  local arts organizations and individual artists.

Choreographer Kyle Marshall who runs an eponymous dance company believes the fund should address the needs of a wide spectrum of artists, including those who are independent and unaffiliated with an established not-for-profit organization. “If it’s only for large organizations, it’s not going to help individual artists.” He points out that “artists come from a certain demographic.  They are often lower income.”

Marshall imagines funding for arts educators, materials for classrooms, the awarding of scholarships and even tickets for shows that will expose artists to the work of other artists. He hopes that the fund might consider “micro-grants” that help artists with single projects or even with a month of studio rent. Beyond the money, there is validation that comes with receiving a grant. “Getting that first grant is really important” he says.

When asked how the fund would insure that grant money is spent effectively, especially in the case of individual artist without the financial controls of an established 501(c)(3) organization, Marshall suggests first that there be a “rigorous” vetting process that is “based on the work.”  Then there should be follow up.  He suggests dribbling out the grant in separate payments. Ultimately though “people need to trust artists.”

How do distribute the money equitably in a diverse city with wide ranging tastes and needs is occupying the thoughts of several local arts administrators. For Sam Pott, founder and artistic director of Nimbus Dance, “the arts, especially when supported by a public funding source such as this, should not exist in an elite ‘ivory tower,’ inaccessible to regular citizens… disconnected from normal folks.”

For Olga Levina, artistic director of Jersey City Theatre Center, the question is “how do we bring people together in a diverse city like Jersey City? It’s not just an elite art scene coming together but actually giving true value to people.”

Meredith Burns, executive director of Art House Productions, is concerned about losing public support if the process goes awry. “We need to be as equitable and transparent as possible.  We understand that this is taxpayer dollars.”

To avoid favoritism, Burns and Pott are proposing that the city create two committees; one possibly modeled on the Open Space Trust Fund, with representatives from each ward who would decide on priorities and another committee from outside such as the Mid-Atlantic Arts Foundation, that would vet the grant applications for artistic merit. Both Burns and Pott are concerned about the potential for favoritism in a “small town” like Jersey City where everybody knows one another.

Before a single dollar can be granted however, a process will have to be set up and turned into law. Converting the vision to paper will fall to Ward B Councilwoman Mira Prinz-Arey, the fund’s point person at City Hall.  She is open-minded as to the ultimate grant making process.  From her perspective “everything is on the table.”

Prinz-Arey hopes to put an initial ordinance before the city council in December establishing the fund. A second ordinance, probably in January or February, will be needed to set the levy amount. Finally a few months later, the council will vote on an ordinance that sets up the committee structure and the process to parcel out grants.  Much remains unknown, including when monies will begin rolling in from the levy.

Prinz-Arey is excited that Jersey City will now begin to close the gap with Newark, which receives funding from the massive $4 million allotted by the state  to Essex County. In comparison, Hudson County gets only $250 thousand. According to Prinz-Arey the fund will enable Jersey City groups to “build out their capacity” and better compete for larger grants.

Like Burns and Levina, Prinz-Arey is cognizant of the fact that an arts fund will have to prove itself. “When the money is granted out they are going to have to show impact.” But the economic case for arts funding is solid she says. “When you have a strong arts community there are ancillary benefits for business community.”

Nonetheless, the arts community is aware that people are watching. Levina recalls one anti-referendum activist telling her “Olga, when and if it passes, I hope you think about the mother in Greenville who gives her hard earned money. I’ll be very upset if the money goes Downtown.”