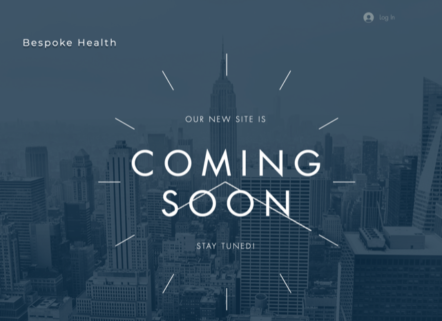 According to Lavarro and Menendez, the company at issue, Bespoke Health LLC, which was formed in October of last year, appears to have little to no experience administering vaccines. Bespoke’s website, on the other hand, states that “Bespoke Health is the New York Metropolitan area’s premiere concierge COVID-19 testing service.”  Bespoke’s website is under construction with the message that it is “coming soon.”

The proposed contract with Bespoke comes after the Administration’s unexplained withdrawal of a contract with Fixtech Medical USA, Inc., for the purchase and delivery of six mobile booths to provide COVID-19 vaccination sites for the Department of Health and Human Services. The withdrawal followed tweets from Megan Carolan and Menendez pointing out that Steve Kaitz, a salesman associated with Fixtech, had been sentenced in federal court in connection with a multimillion dollar accounting fraud scheme.

Said Lavarro, “After reviewing the resolution more closely and on the heels of the unexplained withdrawal of the Fixtech Medical contract in December, I have serious concerns as to how our vaccine program is being managed. Literally lives are at stake. I don’t think it’s prudent to hand over $1M to an upstart company that will be responsible for administering Jersey City’s vaccine program, arguably the most important program and contract in our City’s history.”

According to a tweet from Menendez, “the company that the City wants to run its citywide vaccination program only has two employees, operates out of a private residence on the UWS of Manhattan and does not appear to have a medical professional on staff. Jersey City residents deserve the best services from the most qualified vendors especially when it comes to something as critical as COVID vaccinations.”

“The vaccine program you reference with Bespoke is consistent with what we have done over the last year, despite uncharted territory for any city to navigate, and is a contract that the city is 100% comfortable with in regards to delivering for our residents. While no other city in NJ is setting up municipal PODs to outreach into “hard to reach” communities, we in Jersey City are doing that consistent with what we have done on testing.

Regarding Bespoke, they are the same experts that the city has already worked with for 8 months with our municipal testing program, which by all accounts has been a success. The Health Department has been working with this team on testing since last year through the RRT testing program, and so they have a proven track record that they are more than capable of efficiently working and delivering for our residents.

With regards to Fixtech and Bespoke – There is no connection between the two.”

Bespoke has not responded to Jersey City Times’s request for comment.