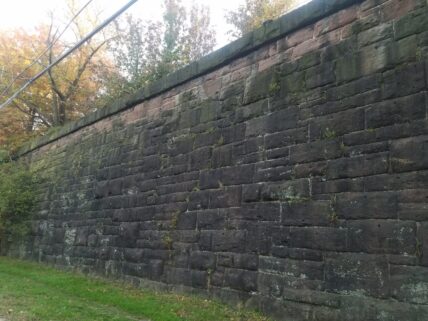 When advocates for Jersey City’s Harsimus Cove/Sixth Street Embankment look up at the old rail structure, they see the prospect for a West of the Hudson High Line – albeit with nuanced ecological features – but after more than a decade of court battles and an estimated $1 million in legal fees expended by the city, is that vision doomed to be pie in the sky?

The City of Jersey City and the nonprofit allies marshaled alongside it hope that’s not the case and remain guardedly optimistic that the goal of preserving much of the overhead infrastructure as public open space can be achieved.

Here’s an update on that situation as best we can piece it together.

After the annual meeting of the locally based Embankment Preservation Coalition  held last month, Jersey City Mayor Steven Fulop offered a glowing forecast about the project.

Fulop tweeted, “Imagine an eight-acre elevated park in #Jersey City like the #HighLine in NYC. Well, after 15 years of litigation, at tonight’s annual Embankment Coalition meeting I had the privilege of sharing with a packed house that we’re at a settlement. A big win for Jersey City.”

For a fuller explanation, we requested an interview with the mayor, but in an Oct. 28 email, mayoral spokesperson Kimberly Wallace Scalcione said, “We’re holding off on press for the time being. We expect to schedule a news conference in the near future when everything is completely finalized.” 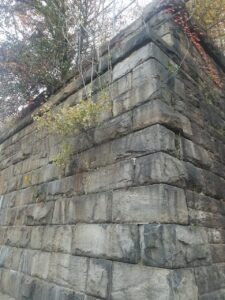 So, we asked coalition president Stephen Gucciardo to outline the status of the longstanding litigation that pits the city and its allies – the Coalition and nationwide nonprofit Rails-to-Trails – on one side against Conrail, the Hyman estate that purchased the property from Conrail and from various LLCs associated with the estate, and the Albanese Organization, a developer based in Garden City, N.Y., on the other.

Gucciardo, a local realtor and longtime Downtown neighborhood advocate, said Jersey City, the Embankment Preservation Coalition, and Rails-to-Trails have agreed on a term sheet setting forth the “objectives and responsibilities for each of the parties” associated with the embankment project. The terms and conditions outlined in that document, he said, should serve as a model for an eventual legal settlement.

“We are actively reviewing drafts of a settlement,” Gucciardo said, “but we have some ways to go before a signed settlement is reached. I imagine it will take another couple of months to complete.”

Gucciardo said the Hyman estate and Albanese are “actively participating” in settlement discussions. “Everyone is pursuing a solution. We’re optimistic but cautious going forward.”

Meanwhile, Washington State-based attorney Charles Montange, who is representing the city, the coalition, and Rails-to-Trails in the litigation, cautioned that any settlement announcement at this point would be at best premature particularly since the term sheet agreement was non-binding on the litigants.

“The parties are still in negotiation,” Montange said. When might talks be concluded? “It’s an ongoing thing, a moving target. No one’s decided on a schedule.” Montange said the document amounted to “a couple dozen sheets” but suspected that a final settlement agreement would be “a couple hundred” pages.

Neither Gucciardo nor Montange would discuss the contents of the term sheet; however, The Jersey Journal has published a report about that based on information attributed to Fulop. 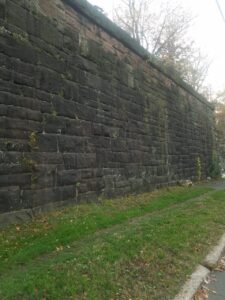 A source familiar with the term sheet proposal told Jersey City Times that under that proposal, Jersey City at no cost would get ownership of five of the six blocks traversed by the embankment, from Marin Boulevard west to Brunswick Street, all to be converted to a public park – plus two at-grade parcels terminating at the N.J. Turnpike plus potentially the rest of Harsimus rail branch extending to the rear of the Harsimus cemetery and north to the Bergen Arches.

At the same time, Albanese – after paying the Hyman estate a financial consideration for the property – would be permitted to build two large-scale residential developments on parcels between Marin Boulevard and Manila Avenue: two high-rise towers, 45 and 35 floors, with a combined total of up to 875 units.

However, because the city’s current redevelopment plan for the area provides for only 400 housing units and 200 hotel rooms, the city council would have to approve an amendment to that plan to clear the way for the increased volume of units. A city ordinance passed in 2012 in anticipation of a settlement cleared the way for residential structures up to 45 stories but left open the issue of density.

As a concession to the city, Albanese would provide public access to the eastern embankment block by installing a staircase and an ADA-compliant elevator at Marin Boulevard along with public bathrooms, a land bridge linking the first two blocks of the eastern embankment between Manila Avenue and Erie Street, and a section of parkland.

In 2012 Jersey City approved a $7 million bond ordinance in support of efforts to develop a park and pedestrian/bike path with a 30-foot-wide right-of-way atop the embankment that could hook up with the Hudson River waterfront and offer a mass transit corridor link for a possible expansion of the NJ Transit Light Rail. It’s expected that the city would use part of the bond money for an environmental cleanup of the top of the embankment and for land bridges and public access facilities such as stairways and/or lifts.

The mile-long Harsimus rail branch – extending from the waterfront to Waldo Avenue, accommodating seven rail lines – was developed by the Pennsylvania Railroad in the 1870s. In the early 1900s, the railroad built the sandstone embankment as a more stable replacement for the original structure, which was iron and timber. Freight service ended in the 1990s.

As part of the litigation, Jersey City has alleged that Conrail failed to file an application for an “abandonment” of rail property – the Harsimus branch including the embankment – before selling it to a group of LLCs affiliated with Steve and Victoria Hyman in 2005 — and that this failure was a breach of federal railroad law. The Hymans initially wanted to build townhouses then later high-rise towers on each of the six blocks traversed by the embankment. A few years ago, they brought Albanese into the development picture. Steve Hyman died earlier this year.

Asked for comment about the lawsuit’s status, Conrail Vice President of Corporate Development Jonathan Broder said, “This is an exciting time, and we are pleased that all parties including the Embankment Preservation Coalition, Rails-to-Trails, Jersey City, and Conrail are all very close to an agreement in principle.

“Now we just have the hard work of finalizing the details, so the Harsimus branch embankment can once again serve as a major connector bringing communities together in a green space in the heart of Jersey City.”

Jersey City Councilman James Solomon, whose ward encompasses the embankment, said he remains “hopeful that this effort has progressed to this point, and my goal is to ensure the city has a credible plan to turn the embankment into an accessible, vibrant public space. That has to be in the forefront of any settlement agreement.”

The coalition has been pitching an ecological concept for the embankment since its formation some two decades ago. For more details about that concept, visit its website at https://www.embankment.org. 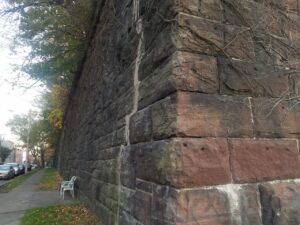