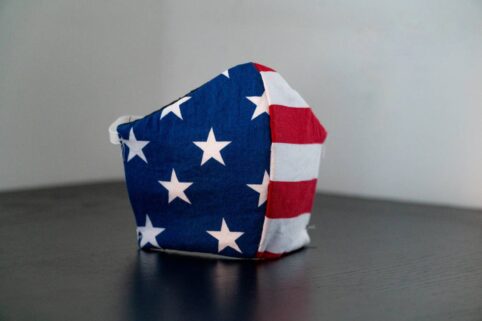 Outdoor gatherings have been increased to permit up to 25 people as follows:

Reopening of Businesses and the Economy

Jersey City is providing free Covid-19 testing to any resident who requests it regardless of symptoms.  Testing is by appointment only.  Proof of residency is required.  Test site will be assigned when appointment is scheduled.  To schedule,  call (201) 547-5535, Mondays through Fridays, 9 a.m. to 5 p.m.

Restaurants seeking additional outdoor seating on sidewalks and parking lanes can sign up using this form.

There is free, off-street parking is available at Old Colony Parking Lot, Brunswick School, and 235 Pavonia. Click the links to sign-up. 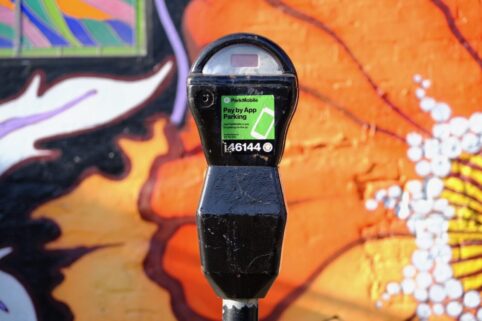 Parking in Jersey City may never be the same.  That is if a team of consultants hired by the city has anything to say about it. In an hour-long presentation before a virtual caucus meeting of the municipal council, the consultants laid out a detailed proposal for bringing Jersey City’s parking rules into the 21stcentury. Street parking, said the consultants, is a “public resource” that the city needs to manage more efficiently while simultaneously leveraging new sustainable modes of transportation.

“Parking is both about numbers, but it’s also a highly political process,” according to Margaret Newman, former chief of staff of the New York City Department of Transportation during the Bloomberg administration and one of the consultants who worked on the draft.  Among residents, “Everyone has an interest in it, and everyone has a different story and experience,” she added.

In order to develop the plan, the team spent the last year holding meetings in each ward, running a public workshop and digesting the responses to 2,500 electronic surveys filled out by Jersey City residents. More than half the responses came from Wards D and E, prompting the consultants to call for further outreach to Wards A and F, from which the responses had been significantly lower in number.

The plan included ten recommendations ranging from modifying the parking zones to re-examining the city’s requirements for parking features in new construction.

When it comes to new construction, “Cities are moving away from parking minimums and moving to maximums and moving to use-based requirements,” one of the consultants explained. The “current requirements [for developers] were developed based on what’s been done before, copied from other cities or prescribed by council members, without a parking analysis.”

One recommendation — to adopt “tiered meter pricing” — would encourage people to park for short durations in high-demand areas by imposing hourly rates that increase the longer one parked in the spot. Those wanting to park for longer periods would be encouraged, through pricing, to use off-street parking. One of the consultants pointed out that Jersey City is currently doing the opposite, with on-street parking priced at 75 cents an hour and off-street parking at $8.00–10.00 per hour. “This encourages people to park on the street and park there for a very long time.” He added, “If we’re successful, on-street parking will have an occupancy of 85%, so there would always be a space available for those who need it. To the extent possible, we want to prevent people from circling the block or double parking just to avoid paying those higher rates.”

According to the consultants, Jersey City residents like the idea of  “shared parking.” Imagine, they said, a bar and a bank that, due to their different business hours, could use the same parking lot. In a real-world example, they said Sacramento, California, had built a 35 thousand-seat stadium without any new parking simply by accessing existing parking resources nearby.

In areas close to mass transit, the consultants proposed the creation of well-marked lots for commuters in a strategy called “intercept parking.” “Jersey City has an additional burden that not all cities have in that it has commuters who park to take transit,” noted one of the consultants. Intercept parking would help eliminate “the competition between residents and visitors.” 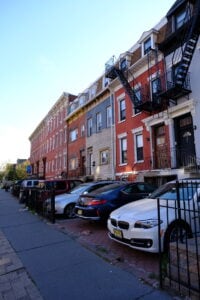 According to the consultants, residents expressed “real concern” about curb cuts made to create private parking and their effect on on-street parking. The consultants singled out one block on Armstrong Avenue in Greenville that has lost 59 regular parking spaces as a result of such curb cuts.

“The majority of people who participated in meetings wanted to see a reduction in curb cuts,” said one of the consultants.

While acknowledging that curb cuts are “a really difficult problem to address,” the consultants nevertheless proposed a freeze on future curb cut applications.

Notably, the consultants did not recommend the construction of new parking garages, a fact that councilman Richard Boggiano found troubling.

“Charlotte [North Carolina] has numerous parking garages,” Boggiano said, and “the people are quite happy. This is something that is really wrong.”

Boggiano noted wistfully that building more garages was something he and the late Councilman Michael Yun had agreed upon — and indeed respondents to the consultants’ questionnaires ranked the construction of centralized parking garages as their top parking solution. The consultants noted, however, that their survey “has an overrepresentation of car owners.”

A consultant pushed back on the garage-building solution. She pointed out that the cost of building garages is high and that the city should first look for efficiencies.

“Before building new garages, it is critical to look at what the other issues are.”

She noted that building new garages subsidizes the cost of driving and conflicts with sustainability goals.

“Many people are attracted to Jersey City because of the other transportation amenities it offers. We need to look at what the opportunities are to capitalize on the advantages that Jersey City presents prior to increasing the supply,” she said.

The consultants’ report remains little more than a blueprint at this point. Senior Transportation Planner Barkha Patel explained that the proposal has no legal force since it is just that: a proposal. She noted that the consultants still lack some data to complete their recommendations.

“While this is mostly a report to deliver recommendations to the city, I did want it to focus a little bit on what actions we can put into effect immediately … and capitalize on some of the low-hanging fruit. It should function as a comprehensive document that touches on a lot … of questions that the city still needs to answer.” 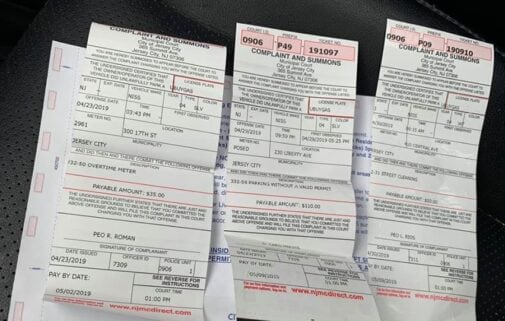 Street sweeping will resume on main streets according to a provisional street sweeping schedule beginning Monday, April 27, 2020, altering rules that were put in place two weeks ago.

Alternate side of the street parking will be enforced on weekday mornings only on the main roadways as indicated in the list provided here.

Parking rules for meters, zone permits, and driveway painting will remain suspended until further notice – with enforcement for safety violations, such as blocked fire hydrants, remaining in place.

For further information on when and how street sweeping will resume in Jersey City, go here.

Parking regulations are suspended until further notice. That means street cleaning, residential zone parking, and meter rules will not be enforced during the current COVID-19 health emergency.

The grounds and dog run are open in Lincoln Park.  All other facilities are closed.

The city has set up an emergency coronavirus page with the latest updates here – https://www.jerseycitynj.gov/CityHall/health/coronavirus.