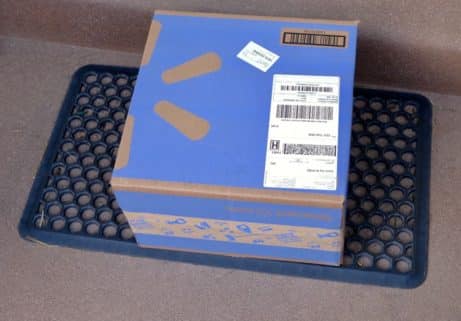 According to a market research firm, Jersey City is the third worst city in the U.S. for the prevalence of porch pirates.  That is if you buy into their methodology.

In case you’re not familiar with the term, a porch pirate is someone who walks away with that Amazon delivery you’ve been eagerly awaiting as it sits in front of your door.

At the request of a client, Digital Third Coast analyzed search volume trends for “stolen Amazon package,” “stolen package,” “package theft,” “report stolen package” and more than 300 related terms and keywords from March 2020 to November 2020 in cities with a population of 250,000 or more, according to the U.S. Census Bureau. What they found was that Jersey City ranked third, after St. Louis and Minneapolis, with 565 searches per 100,000 residents.

Apparently, porch pirates exist across the country. Cities in the Midwest, Northeast, West and Southeast were all found in the top 10. 15 cities from California appear in the top 50 followed by 11 cities in Texas, five in Florida and Arizona, and four in Ohio and North Carolina. Some of the nation’s largest cities ranked lower on the top 50 list. New York ranked No. 46 and Chicago ranked No. 42. Other large cities like Los Angeles ranked No. 61 and Houston ranked No. 73.

Digital Third Coast opines that a high ranking correlates with wealth. Of the top five cities on their list, four have a median income above the national average, which is $61,937, according to the U.S. Census Bureau. Jersey City has a median income of $65,923. Other factors not discussed in the study, such as crime rates, the number of door-man buildings and per-capita usage of e-commerce may be at work as well.

Matt Zajechowski of Digital Third Coast termed porch piracy as “an unfortunate part of e-commerce” and laid some of the blame for it on lax practices by the shippers like United Parcel Service and FedEx.

The study was commissioned by bid-on-equipment.com.