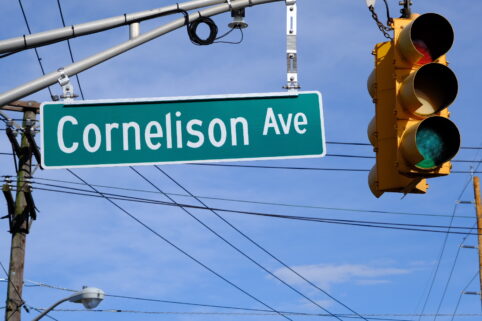 “Give me your tired, your poor, your huddled masses yearning to breathe free.” — Emma Lazarus

Juneteenth is a two-sided coin that has always left me with a feeling of ambivalence. Ostensibly a celebration of freedom from slavery that dates back to 1865, Juneteenth is sometimes wryly known as “the Fourth of July for black people.”

Observed on June 19, Juneteenth — the word itself a blending of “June” and “19th” — is an odd day to commemorate. Abraham Lincoln signed the Emancipation Proclamation in January 1863. While many slaves had already escaped to non-Confederate states by then, slavery actually still existed in some places until passage of the 13th Amendment in December 1865. Yet no one throws an Emancipation Proclamation party or a 13th Amendment barbecue (maybe because they’re in winter?). No. Instead, the festivities happen on the day when Gordon Granger, a major general with the Union Army, traveled to Galveston, Texas, and informed the black population there that “all slaves are free.” The former slaves learned of their freedom more than two years after the Emancipation Proclamation, during which time they continued to serve as slaves, unaware they were no longer bound to stay on plantations, working for free.

Given the history, Juneteenth is a story about freedom delayed and a cruel ruse that was perpetuated on the freedmen. Thus, how can we celebrate this holiday without also acknowledging the trickery attached to it? As companies like Nike move to recognize Juneteenth as an official holiday, I wonder, which side of the holiday is being celebrated? Are we celebrating the freedom — or are we celebrating the ruse? How do we embrace the promise of the Reconstruction era that followed the end of the Civil War without also acknowledging that some of those promises have yet to be fulfilled?

These are questions worth asking in this moment of protest when people, white people in particular, seem more willing than ever to address systemic racism head-on. Meaningful discussions around inequality and the unfinished business of civil rights in our nation are at the center of a national dialogue we haven’t had in generations.

Jersey City was once part of the Dutch colony known as New Netherlands and was home to a slave port in the 1640s. Because we’re a northern city in a northern state, it’s easy to forget that New Jersey (what the English renamed New Netherlands) was a slave state. But documents at New Jersey City University note that many prominent families here in the 17th Century were large property owners who held slaves. Nicholas Tuers and his wife Jane Van Reypen Tuers, the Van Vorst (Voorst) family, the Van Reypens, and Gerrit Newark and his brother Mattheus Cornelissen Newkirk are among the slave-owning families whose names would be familiar to current residents. 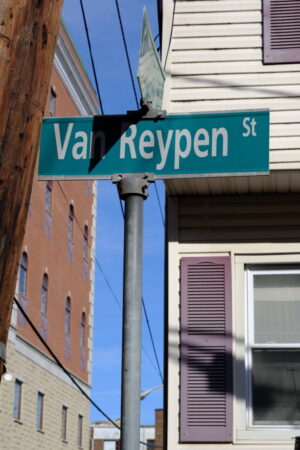 Slavery in New Jersey was slowly phased out over time beginning in 1804 and wasn’t eliminated entirely until 1846. New Jersey was regarded as a hostile state for freedmen and slaves alike even after 1846 because it enforced the Fugitive Slave Law that allowed escaped slaves to be captured and returned to their owners. But Jersey City’s proximity to New York and Connecticut made it a popular site for the Underground Railroad.  Four major Underground Railroad routes where escaped slaves would cross the Hudson River from New Jersey to New York came through Jersey City in the Harsimus Cove/Newport area; the home at 79 Clifton Place that was once owned by banker and abolitionist David Lee Holden and his cousin Edward Singleton Holden is also an Underground Railroad site in Jersey City — and believed to be the last remaining one here.

Which parts of our history will current Jersey City residents lean into at this moment of change? Will we be agents of change like the Vreelands and Holdens, or will we cling to the status quo, making only small changes at the margins?

The essential question of this moment is who belongs? Who is this society going to work for? Who belongs downtown? Who belongs in Jersey City? Who belongs in Central Park? Who gets to sit on the public bench? Who among us gets to enjoy the full benefits of citizenship and civil rights and human rights — and who among us are second class citizens? Who does the law represent? Who is above the law — and who has the law on their necks?

These questions are directly tied to the issue of policing because police are the armed guards used by those in power to regulate people’s lives. They exist to confine physical movement in the way banks confine economic mobility, in the way voter suppression tactics limit political advancement. They’re all part of the same stew, and they all impart the same message: Stay in your place. That is, stay in the places we assign to you. Nothing connotes second-class status more than knowing you can be harmed, injured, maimed, or killed by a state entity without either accountability or punishment.

This is why there is discussion about “defunding” and “dismantling” police departments. No one is in favor of anarchy. Not really. What people are demanding is a reimagining of how we do law enforcement so that a possible drunk sleeping in a car doesn’t end up dead while a white double-homicide and home-invasion suspect from the University of Connecticut is captured without incident.

The international protests over the killing of George Floyd would not have forced the conversations we’re now having had it not happened in the context of a global pandemic and in the midst of a presidential primary and back-to-back-to-back incidents of racially motivated violence. The Covid-era ad slogan that “we’re all in this together” begins to ring hollow even for the least politically engaged among us. Consider these recent news stories:

The confluence of these events seemed to demonstrate that, to the larger society, black (and brown) lives actually don’t matter whether we’re taking about our health, economic survival, or our ability to govern our communities. Even when we’re recreating or sleeping, we can still be subject to racially motivated violence.

This ether was already hanging around us, and then Derek Chauvin, hand in pocket, put his knee on George Floyd’s neck. The match was lit, both literally and figuratively.

So, on the eve of Juneteenth, how hopeful should we be about the apparent reckoning around race we are seeing right now? When corporate entities like the National Football League declare that Black Lives Matter, after years of quashing peaceful protests against police brutality and ostracizing Colin Kaepernick from the league, there’s reason to be cynical. Still, there are signs of progress. The multiracial demonstrators who are in the streets now are pressing for a slate of sweeping changes that were not being broadly discussed in the aftermath of the 1991 Rodney King beating or the acquittals of the officers involved a year later.

There is reason to hope, but I dare not hold my breath. We’ve been here before, the promise of freedom just within reach only for it to be snatched away. The ruse of Juneteenth. The promise of the post-Civil War Reconstruction-era, when the freedmen were supposed to be integrated fully into the American society and economy. What must it have felt like on June 19, 1865, to hear Maj. Gen. Gordon Granger declare “all slaves are free,” then wind up being a sharecropper indebted to a former plantation owner? The Jim Crow era came on the heels of Reconstruction. The Civil Rights Movement ended with Reaganism and the long, slow chipping away at some of the movement’s biggest achievements from affirmative action to voting rights.”

Given the leadership vacuum in the White House, the most promising reforms will likely come at the state and local levels. Jersey City Mayor Steven Fulop has taken the Obama Foundation pledge to reform some policing practices, including the use of chokeholds. But he has faced criticism for not engaging local black activists about what reforms they’d like to see, a criticism he has faced in the past. And his reforms nip at the edges; they don’t get to the heart of systemic inequities.

In the end, perhaps it won’t matter. If the tide has truly turned and we’re ready to complete the difficult work of Reconstruction, our leaders and neighbors will join us or get left behind. If that were to happen, in my lifetime, I’d give up Juneteenth — because then I could fully celebrate the Fourth of July.