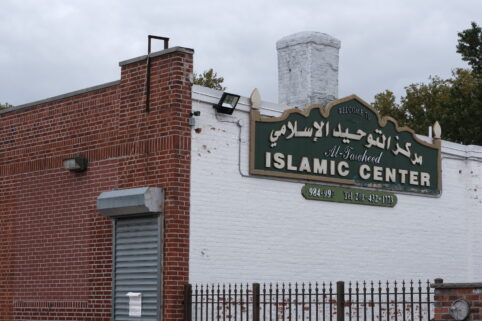 New questions are being raised about possible connections between a Saudi diplomat alleged to have supported 9/11 jihadists and the Al-Tawheed Islamic Center on West Side Avenue. According to a report in NorthJersey.com, the diplomat, Mussaed Ahmed al-Jarrah, made a $1 million gift to the Jersey City mosque in the months before the attack on the World Trade Center. Only the Qatar-based Islamic news service, Al Jazeera had reported on the gift previously.

It was only in May, in a Yahoo News report, that al-Jarrah’s name became known when it was inadvertently disclosed by the U.S. Government in a lawsuit brought by families of 9/11 victims that accuses the Saudi government of complicity in the terrorist attack. According to Yahoo News, the mistaken disclosure “shines a light on the extraordinary efforts by top Trump administration officials in recent months to prevent internal documents about the issue from ever becoming public.” 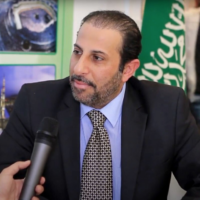 A screenshot from a video of Musaed Ahmed al-Jarrah speaking at a book fair in Casablanca, Morocco, in his role as cultural attache for Saudi Arabia on Feb. 13, 2019. (SIEL Casablanca via YouTube) Courtesy of Pro Publica

The disclosure indicated that it was al-Jarrah who funneled support to a Los Angeles based Saudi imam and a San Diego based Saudi intelligence agent, who in turn assisted two of the terrorists who participated in the hijacking of the American Airlines plane that flew into the Pentagon, killing 125. Al-Jarrah then made the $1 million give to Al-Tawheed. At the time, al-Jarrah was a mid-level diplomat based in Washington, D.C.

According to the NorthJersey.com report, al-Jarrah’s trip to Jersey City to make the donation overlapped with the arrival in New Jersey of two key members of the 9/11 plot: Khalid al-Mihdhar and Nawaf al-Hazmi. Also arriving in New Jersey around that time was 9/11 ringleader Mohamad Atta. According to the FBI, al-Mihdhar and al-Hazmi stayed briefly at the Congress Inn, a motel in South Hackensack. Atta took a room at the Kings Inn, a motel in Wayne. It is still unknown whether al-Jarrah met any of the three men.

“Is it a coincidence that Atta, Mihdhar, and Hazmi are in the neighborhood?” said Andrew Maloney, a former federal prosecutor who is now part of the legal team representing the 9/11 victims’ families in their lawsuit.

Maloney said that he thinks that it is “highly likely” that Atta, Mihdhar, and Hazmi visited the Al-Tawheed mosque in Jersey City, though he has no firm evidence.

“These guys have their support networks,” Maloney said according the NorthJersey.com report.

Officially, the purpose of al-Jarrah’s visit to the mosque was to deliver a $1 million gift from a Saudi prince.

Kamel Hadd, the Al-Tawheed manager, said in an interview with NorthJersey.com that the mosque was not linked to the 9/11 plot and that the $1 million donation was strictly used to expand the mosque’s floor space and build a school. “This million dollars was in the news a long time ago,” Hadd said.

This is not the first 9-11 related case involving the West Side mosque. In 2003, its Imam, Alaa Al-Sadawi, who was believed to have raised money for a group with ties to Osama bin Laden, was sentenced to five years and three months prison on federal currency manipulation charges.