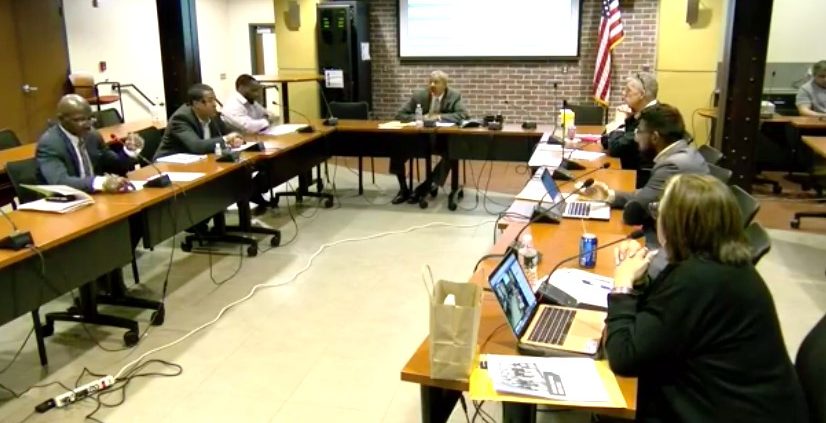 At Friday’s special meeting of the Jersey City School Board parents praised Superintendent Franklin Walker’s proposed $736 million school budget for FY 2020-2021 and urged board members to approve it. If approved, it would increase the school tax levy (the part of assessed property taxes allocated to the public schools) $64 million, bringing the levy to $201 million.

Facing a midnight deadline to send an approval of the $736 million budget to Interim Executive County Superintendent Melissa Pearce, the board gathered at its Claremont Avenue headquarters to discuss the proposed budget. Eight of the nine board members supported the budget, but several members voiced concern that because of the Covid-19 pandemic, and with schools closed until further notice, an increased tax levy would burden homeowners at a time when many people are losing or getting laid off from their jobs. Superintendent Walker acknowledged these are tough times, but said children must come first. 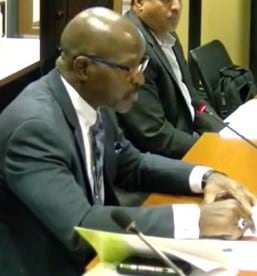 “I’m asking the board to invest in our children from the highest achiever to the most vulnerable,” Superintendent Walker said. “We are navigating difficult times, but our children are worth the sacrifice. If you think the cost to educate children of today is expensive, the cost not to educate them is much higher and has much greater consequence.”

Trustee Alexander Hamilton said he would like to postpone the vote during these uncertain times.

“I understand we want to pass this budget,” Trustee Hamilton said, “but I need to know what’s going on in the world, what’s going on in the city. I’m asking for this to be pushed back 30–60 days. I don’t care about the county. I care that the process is done right, and we make the proper assessment to get this done.”

Hamilton made a motion to postpone the vote, but no one seconded it.

Superintendent Walker’s budget includes the continuation of all existing programs and services, funding for ESL, a STEAM Academy, additional social workers and high school counselors, a mental health specialist and psychologist. The budget also calls for no teacher or staff layoffs or dismissals. Many of these concerns were brought up by parents in previous board meetings, and it seems Superintendent Walker listened.

Brigid D’Souza, a leader with Jersey City Together and a mother of two students at P.S. 3, said in response to the proposed school budget: “The initial budget from Superintendent Walker is both courageous and reasonable. It takes seriously the needs of Jersey City’s students and particularly its students who have the most needs. We hope the board does the right thing tonight and passes it, so they can begin more detailed discussions over the next two months.”

But the 2020-2021school budget still has a shortfall, Trustee Mussab Ali said. 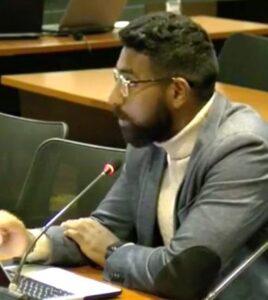 Trustee Mussab Ali also wanted to clarify that the meeting that night was for the adoption of the budget, not a vote on the final budget.

Parents called in during the public comments section of the meeting to voice their opinions. Scott Welfel, the father of a first-grade student said: “When we saw Superintendent Walker’s proposal,  we were thrilled. This is the type of leadership we need. We saw the mayor’s response. We think (it) was alarmist in an unsubstantiated way.”

Werfel was talking about Mayor Steven Fulop’s dismissal of the $736 million budget as “really irresponsible” as reported on NJ.com. The Mayor’s school budget plan had proposed $45 million in cuts and a $25 million yearly increase to the school tax levy over the next three years. The school board did not adopt any of those measures in its proposed budget.

Superintendent Franklin Walker doesn’t think the mayor sees the big picture. He said the budget that’s being presented is part of the district’s strategic plan that prepares students for college and for jobs that have not even been created yet. Walker said that it’s the board’s responsibility to ensure students are academically competitive now and in the future. It’s called “future proofing,” he said.

“The strategic plan drives our budget,” Superintendent Walker said. “We’ve seen a significant decrease in the funding of millions of dollars over the last few years. This year, we have an increased allocation for our charter schools of $13 million. The cost of operating continues to increase. Last year, we had to lay off 400 teachers to submit a balanced budget. Our students deserve the best qualified teachers. In order to make Jersey City more desirable and continue to expand, we need all of our students and all of our schools to be successful.”

Making the midnight deadline, the board approved the school budget 8-1 with Trustee Alexander Hamilton the sole dissenter. School Business Administrator Regina Robinson said it would proceed to the county for approval if it covers all the guidelines. Assuming Hudson County approves it, the board would then have between April 24 and May 7 to adopt the budget before it went to the state for approval. During that window of time, there would be a public hearing for Jersey City residents and additional discussions by the board.

The School Board Caucus Meeting is scheduled for Mon, March 23 at 6 pm. It will not be open to the public, but may be viewed live on Facebook.com.