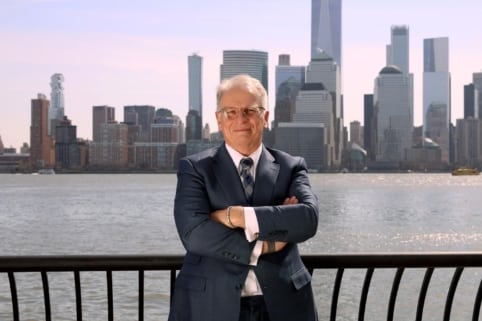 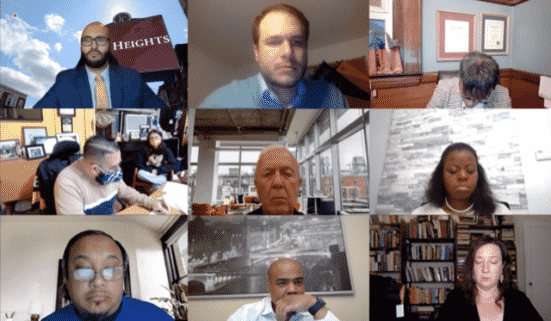 A controversial resolution to advance the administration’s plan for a STEM high school next to Liberty Science Center was approved last night over the vociferous objections of the overwhelming majority of public speakers.

Liberty Science Center High School is to be one component of SciTech Scity, a science and tech “innovation hub” planned for a thirty-acre parcel adjacent to Liberty State Park. Jersey City donated 12.5 of those acres to the the project. It will be open to all Hudson County students and run by Hudson County Schools of Technology.

In the days leading up to the vote, considerable opposition to the plan emerged on social media with many detractors objecting to Jersey City’s agreement to pay $2 million per year for 30 years towards the school’s operation while other Hudson County municipalities had made no similar commitment.

Making a rare appearance before the council, Mayor Steven Fulop argued the school’s case. “There are thousands Jersey City residents every year who apply to the county schools, and there are just not enough seats.” Jersey City is “paying a little bit more” than the other cities in Hudson County, he admitted, but added that the students in county schools are “disproportionately Jersey City.”

To his critics who asserted that the city had not worked with the Jersey City Public Schools, the mayor responded, “Over the last year, we’ve met repeatedly, almost monthly, to talk about solutions to funding the schools.” Citing the late councilman Michael Yun’s emphasis on accountability, the mayor defended his reluctance to write a “blank check” to the JCPS.

Several parents called in to support the school. Vidya Gangadin said “this is a great addition and opportunity for Jersey City residents…when you are that parent seeking the best high school based on your child’s educational interest, only then do you realize that the demand is far more than what is available.”

But the lion’s share of callers strongly disapproved including many students from the city’s nationally recognized McNair Academic High School.

Referring to the $2 million yearly payment, McNair student Jai Jhaveri mused, “I can’t even imagine what my school could do with that kind of funding.”

Junior Arianna Fialon, added, “When we bring up the fact that we only have one school nurse for 700 students or that our bathroom and ceiling are broken or that we’ve never done a chemistry lab or that there are bugs crawling all over the cafeteria floor, we are always met with the same response, ‘we don’t have the money to fix that.'”

Said Jersey City teacher Daniela Moore, “I’m a school teacher, yet I’m spending money out of my own pocket for supplies, uniforms. We’re washing children’s clothing. It’s so evident that these children more than ever need support.”

Ward E Councilman James Solomon asked that the resolution be deferred in order to obtain a written guaranty from the county that Jersey City would get 60 percent of the seats at the school. The motion was defeated with all seven members of the mayor’s slate voting against it.

In voting to approve the resolution, Ward A Councilwoman Denise Ridley suggested that all sides come together to obtain more funding from the state. “I feel like the city is being dumped on…I would really like it if we could join forces and fight at the state level to get more of that funding back.”

Joining Ridley was Ward F Councilman Jermaine Robinson who said that he “found it very troubling when grownups and political hacks try to turn things into a political football to be tossed around for soundbites for political ambitions.”

Councilman-at-Large Rolando Lavarro said that he “was still a supporter of SciTech Scity” but called the school “a project built on lies.” He added, “The question here is about equity. And this is not providing an equitable opportunity for our Jersey City kids.”

The council voted to adopt the resolution 6–2 with Councilman-at-Large Daniel Rivera abstaining.

In other business, the council approved an ordinance establishing the rate of the annual levy to be collected for The Arts and Culture Trust Fund and an ordinance to enhance affordable housing compliance. The former will be $.25 per $1,000 in assessed property value.