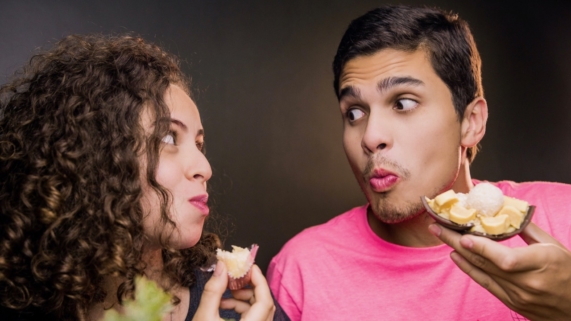 Jersey City has made a relatively strong showing in a rating of “Best Foodie Cities,” placing 53 out of 182 cities surveyed.

Compiled by financial website WalletHub, known for such groundbreaking studies as “Best Cities for Bocce Ball,” the analysis ranked cities by blending scores for “affordability” and “diversity, accessibility and quality.” The two categories were given a weighting of 30 percent and 70 percent, respectively.

Chilltown placed just behind Providence, Rhode Island and in front of Cleveland, Ohio. Weighed down, no doubt, by its high “PPP” ratio (pizzerias per person), Jersey City garnered only a 53 for diversity, accessibility, and quality.

New York City, on the other hand did better, coming in at 25 overall with a 6th-place finish for diversity, accessibility, and quality.

One should take this study with a large grain of salt. But in an effort to raise our ranking, let’s make that sea salt.

You can delve into the actual WalletHub study here.

Photo by Junior REIS on Unsplash 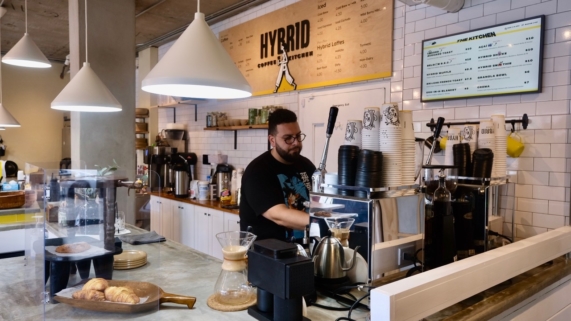 Hybrid Coffee and Kitchen has moved to its new home in downtown Jersey City. The new location is on 398 Manila Ave. between Second and Third Streets.

The café reopened on Monday, August 16. Hybrid owner Evan Santiago says it’s been “a beautiful mix” of new locals and loyal customers who have known Santiago since he opened his first coffee “shop” out of a 1970s horse trailer he operated at Exchange Place.

“Hybrid is just a compilation of just different places that I visited and different people that I’ve met as a designer,” Santiago said. “A lot of people influenced me to be who I am today as a creative, and that kind of flows through the spirit of what I do here at Hybrid.”

That’s evident as soon as you walk into the café. The inside pays tribute to the nostalgic, modern, and international and showcases Santiago’s interior design touch. There are repurposed sewing machines (by Santiago himself), which serve as intimate two-top tables; an espresso machine inspired by a trip Santiago made to southern Italy; and accents of yellow throughout: in flowers, seat cushions, even a vintage Pacman game. Above a golden velour couch is a neon sign in script that reads: “Love coffee, love people” –– a bit of a mantra for Santiago.

Some of its more unusual beverages offerings include matcha, turmeric, and beetroot teas; a french toast latte (made with both maple syrup and homemade cinnamon syrup); and a year-round pumpkin latte with homemade pumpkin puree. Of the numerous breakfast dishes Santiago has curated, he recommends the avocado toast: a one-inch-thick piece of brioche toast topped with an entire avocado, layers of feta, almonds, and drizzled with sriracha and honey. 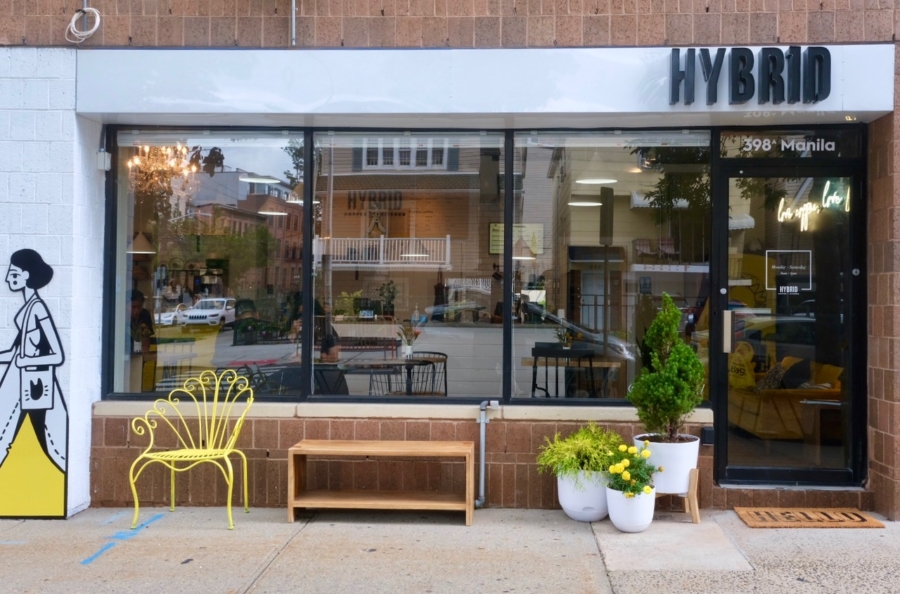 Santiago is a hybrid himself. Before entering the coffee scene, he worked in apparel, advertising technology software, branding, construction, and interior design.

“I left my entire career in design to go into a nine-and-a-half-foot white horse trailer. But damn, it looked beautiful. And I really loved it.”

Santiago may have a high standard for coffee and design, but don’t be intimidated; He wants people to come in and feel at home.

“Sometimes people who love coffee can come off a little pompous, they can come off a little, you know … pinky outs. And I just don’t want that to ever be the case here. When … you walk in, I want you to be greeted; when you leave, I want you to know that I appreciate your business, and the fact that you took time out of your day to walk through these doors is really important to me.”

Hybrid Coffee and Kitchen is open Monday to Saturday 8 a.m. to 4 p.m. for indoor and outdoor dining.

Hudson County Prosecutor Esther Suarez has appointed James A. Parker as a new Chief of Detectives. Parker comes to the Hudson County Prosecutor’s Office with three decades of law enforcement experience having served in both Philadelphia and with the New Jersey State Police where he rose to the rank of Major. He was sworn in by the Honorable Jeffrey R. Jablonski, A.J.S.C. during a small ceremony.