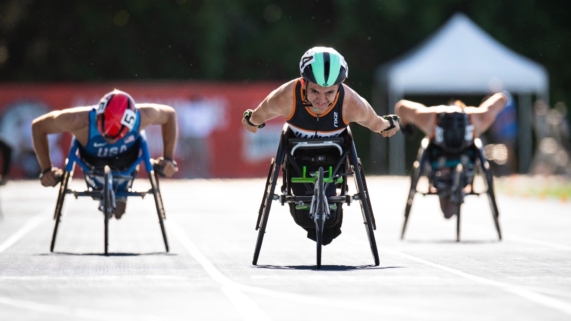 Jersey City’s very own Raymond Martin will be competing on the USA Track and Field team in this year’s Summer Paralympics to be held in Tokyo next month. But this isn’t Martin’s first rodeo, so to speak.

The 27-year-old athlete is a two-time Paralympian, earning a total of seven medals — six gold and one silver — in London (2012) and Rio de Janeiro (2016), as well as over a dozen more awards at competitions outside of the Paralympics.

The events Martin will be participating in are categorized by gender, distance, and mobility. Since mobility can vary greatly among the athletes participating, the athletes are grouped into races by similar functional ability. Wheelchair racers are divided into four classes: T51 (least mobile), T52, T53, and T54 (most mobile). Martin is in class T52 and will be competing in the 100-, 400-, and 1500-meter races in Tokyo. 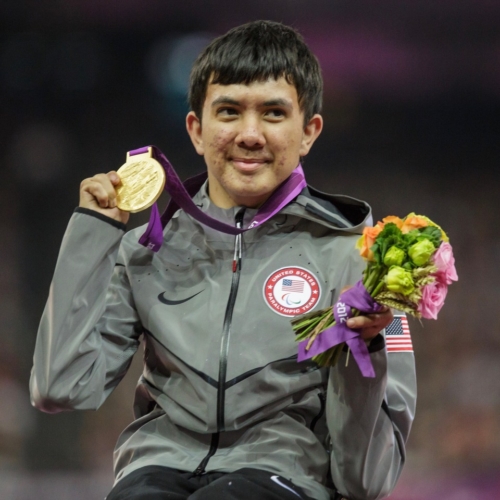 When not competing, Martin is a busy full-time student at Baylor College of Medicine in Houston, Texas, studying to become a physician’s assistant. Of course, he still finds time to  train: five days a week for upward of 90 minutes each training session.

Martin was born with a congenital condition called Freeman-Sheldon Syndrome, a subcategory of a broader condition called Arthrogryposis,which causes contractures, or stiffening, of joints. His condition has given Martin limited movement in his limbs, neck, and face.

Martin has been racing since he was five years old, when he got his first racing chair. “I was in a school for children with disabilities, and they actually had a racing program through the school and the … gym teacher was also the coach, and asked me if I wanted to come on. And 22 years later, (I’m) still doing it,” he said.

Martin likens wheelchair racing to running and says it has given him more independence: “I would say as a wheelchair user, you sometimes can feel confined just because of various reasons like structure … So, you feel like you can’t really move around too much … [R]acing kind of gave me this sense of activity … I can do more and …can move definitely more freely.”

The 2020 Paralympic Games (originally scheduled for last year and delayed by the pandemic) will be held two weeks after the Olympics, from August 24 through September 5, though they may look a little different this year. At press time, the decision to have spectators was still pending due to Tokyo’s recently declared state of emergency.

Even though safety guidelines are constantly changing, Martin isn’t too worried. He says the International Paralympic Committee is doing its best to keep everyone safe and will provide extensive Covid-19 testing for athletes.

Martin is slated to compete on three of the competition days, with his final race on September 3. Since this is his third Paralympics, he admits that some of the novelty has worn off, but he still gets the jitters. Martin says that in the moments leading up to his races, he uses his tried-and-true strategy to prepare:

“I try to spend that time removing myself from where I am, at least partially… [B]y the time the gun goes off … I’m able to, like, come back … but not have spent the last hour worrying and stressing about it. … And then when I’m actually in the event … it’s just you and the finish line and the clock, essentially.”

To watch the 2020 Tokyo Paralympics, stream it live at the Team USA website.

Municipal Prosecutor and Jersey City Ward E Council candidate Jake Hudnut is opposing the Jersey City Board of Education’s plan to change the district’s admissions policy for McNair Academic High School and Infinity Institute. The plan would shift admissions away from a race-based formula and instead apportion seats by dividing Jersey City’s neighborhoods based on socioeconomic tiers. Hudnut says that this change will take crucial educational opportunities away from Downtown families, especially those of color, who live nearby more affluent residents.

Councilperson James Solomon announced that he posted another strong grassroots fundraising quarter. In the second quarter, Solomon raised over $81,000 from 621 grassroots donors, 380 of whom are from Jersey City.

The campaign’s median donation for the quarter was $50. He enters the third fundraising quarter with over $125,000 cash on hand.