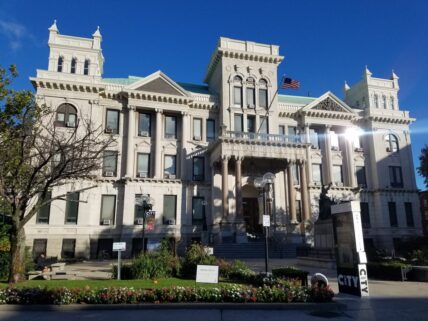 The prosecution of former Fulop aid Thomas Bertoli, moved forward yesterday with Bertoli’s indictment by a grand jury on three counts of tax evasion, one count of corrupt interference with the administration of the Internal Revenue Laws and four counts of failure to file a tax return, according to a press release from U.S. Attorney Craig Carpenito.  Bertoli was first charged on June 3rd.

According to the indictment, Bertoli, 62, who is a resident of Matawan, operated The Doormen Inc., City Street Associates (CSA) LLC and Urban Logistics LLC. Individually and through his companies, Bertoli obtained payments from clients for services provided, including payments from developers and construction firms for expediting services on real estate development and construction projects, primarily in Jersey City.  It is alleged that Bertoli’s businesses generated “hundreds of thousands in gross receipts” from 2009 to 2016 but filed no tax returns and made only one payment in the amount of $5,000.

Bertoli also collected payments from political campaigns for political consulting services across the state, most famously acting as an advisor for Fulop’s campaign for Jersey City Council in 2003, and again for his mayor’s election campaign in 2013.

Bertoli, who is known locally in the Hudson County area as ‘the janitor’ due to his ability to clean up political messes, declined having anything to do with the Fulop administration in a Crain’s New York Business article from 2019, saying “If it doesn’t have to do with a hammer and a nail, I don’t work on it.” Bertoli’s father was implicated in a bribery scheme with a state senator in the 80’s, and became a local legend for refusing to snitch.

According to an article published by Bloomberg in June of 2019, a grand jury investigation revealed that “Bertoli’s woes could be politically embarrassing to the mayor.” In that same Bloomberg article, Fulop’s spokeswoman stated that the mayor has had little to no interaction with Bertoli since being elected.

The indictment alleges that as of April 18, 2017, Bertoli had not filed federal tax returns or paid any of the taxes due, other than an $5,000 nominal payment in September of 2014, according to the press release. He also used the Urban Logistics bank account for “personal expenditures.”

The mayor’s office had not publicly commented at the time of this article’s publication.

Bertoli will be arraigned on the indictment at a later date, Carpenito said.