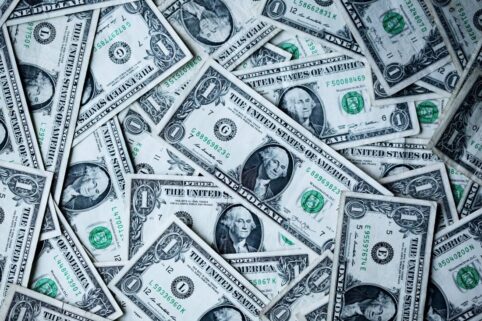 Shaquaza Williams made ends meet with a lot of help from $600 a week in federal jobless benefits after losing her job as a trainee manager in a sports bar when the coronavirus pandemic hit in March. But now the payments have ended, her expenses exceed her income, and she doesn’t know what she will do.

With the expiration of the federal money on Friday, Williams, a single mother of two from Paterson, is left with just $190 a week in state unemployment benefits, and that doesn’t match the approximately $200 a week that it costs for food, clothes, transportation and other items for herself and her children, 12 and 4.

After being laid off, Williams was evicted from her apartment for nonpayment of rent. She first went to live with an elderly relative but that person became ill, so the family moved to a hotel, whose charges she was able to pay because by that time she was getting the $600 a week from the federal government.

But with Congress’s failure so far to agree on how or whether to extend the benefit, Williams was forced to move again on July 27, this time to a single room in a Paterson hotel where she sleeps in the same bed as her children, and has nowhere to cook food that might enable her to save money on takeout.

“The $600 a week helped me out a lot with the kids and housing,” she said in an interview with NJ Spotlight. “It allowed us to stay in a hotel where there was a microwave, laundry and clean towels. Now we’re at the point where we have to go to a low-budget place where there is nothing. It’s really bad.”

Her low income also means she has little prospect of finding even a modest apartment for her family. “A lot of apartments, seeing that I’m only receiving the $190 and the $600 has come to an end, are saying, ‘You don’t have enough income to be placed in an apartment and hold it by yourself without getting any assistance.’ I am currently stuck,” she said.

Williams, 28, hasn’t worked since being laid off on March 24, and has no hope of getting her job back because the bar, a new location in the Buffalo Wild Wings chain, closed when the state ordered the shutdown of all nonessential businesses, and it won’t be reopening, she said. She worked for the company for about a year, and was making about $1,000 every two weeks before taxes, she said.

Living in a hotel room

For now, the family is housed in the Paterson hotel whose cost is paid by a third party — Williams said she didn’t know who — but even without rent, she’s still underwater financially.

Williams is one of millions of New Jerseyans who have received the federal payments since the government started paying them in April, and are now faced with renewed financial peril and a sharply diminished chance of finding employment with the state jobless rate at 16.6% — about five times what it was a year ago.

According to the New Jersey Department of Labor and Workforce Development, payments of the federal benefit totaled $526.2 million in the week of July 19-25, the last week it was paid, indicating that some 877,000 people received the benefit that week. That compared with $197.7 million in state unemployment insurance payments for the same period, bringing the number of New Jerseyans who have claimed state unemployment benefit since March 15 to more than 1.4 million.

Advocates for a restoration of the federal benefit predict that, without it, there will be a surge in demand for help with essentials like food, transportation and health insurance. For now, the unemployed are shielded from eviction or foreclosure by Gov. Phil Murphy’s Executive Order 106, issued in March, which prevents evictions for nonpayment until two months after the end of the public health emergency. But whenever the order ends, housing activists fear a spike in evictions and other dire consequences like being unable to afford food.

“When that eviction moratorium is lifted, a lot of people who have built up so much debt on their rent will not be able to stay where they are,” said Greg DeLozier, senior director for advocacy and government relations for the Food Bank of South Jersey, one of the state’s three major food banks. “That will put them in our lines almost immediately.”

A newly amended bill in the Legislature would extend protections for renters and homeowners who have been hurt by the pandemic, and has been passed by both houses, but the measure is awaiting a further vote in the Senate, and is not expected to go to Murphy for his signature until late August or early September.

Christine Lee, a spokeswoman for Murphy, said the federal supplement has paid $7.5 billion to New Jerseyans since it began in April, and helped to bolster the state’s struggling economy. She urged congressional negotiators to restore the funding as soon as possible.

Up to Republicans, Democrats in Congress

For now, the supplement is the only part to be ended among a wide-ranging package of pandemic-relief measures that are being debated in Congress, Lee said. Republican and Democratic lawmakers were reported over the weekend as being far apart on other items including aid to state and local governments; business tax breaks, and help with health care.

The $600 payments were filling the gap between the $190 a week in state benefits and pre-pandemic wages for “many, many families,” said DeLozier of the South Jersey Food Bank. He predicted that without the $600, many more people will be unable to feed themselves, and so will sign up for the federal Supplemental Nutrition Assistance Program (SNAP), but that typically only feeds a family for three weeks of the month, and so people will be forced to turn to food banks to fill the gap.

The food bank served 92,000 people in June, more than twice its pre-pandemic level, and although it expects a gradual decline by the end of 2020, that number is still projected at about 60,000 higher than normal, DeLozier said. There were 102,000 people officially receiving jobless benefits in the four counties served by the food bank as of July 30 but the actual number is likely about 24% higher because that proportion of claimants is typically rejected for different reasons, so the true number of unemployed is assumed to be 127,000, he said.

Other food banks including the Community Food Bank of New Jersey have reported sharply higher demand for food assistance since the pandemic started.

Even if demand for food assistance gradually declines as expected, the economic effects of the pandemic will last for “years,” DeLozier said, citing a Congressional Budget Office forecast that by 2030 the national jobless rate will still be almost a percentage point higher, at 4.5%, than it was before the pandemic.

“You take a look at these numbers and you start to cry,” he said.