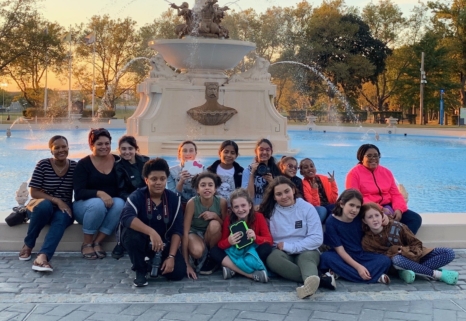 Forget about getting any Girl Scout Thin Mints or Do-si-Dos this year. Upon learning that Girl Scout Cookies are made with unsustainable palm oil, local troop 12026 is joining a nationwide boycott and refusing to vend the round morsels of deliciousness.

The boycott began when Olivia Chaffin, an eagle-eyed Girl Scout from Tennessee, discovered that the cookies weren’t all they were cracked up to be. A little sleuthing led her to the conclusion that despite a green palm tree on the label indicating sustainability, some of the palm oil was just the opposite. That “mixed” oil is associated with numerous human and environmental rights violations, including forced child labor and human sex trafficking.

The troop is asking people to sign a petition against the use of the bad oil.

Shocked at the notion of children forced to work on plantations, Cadet Samiya Oculi said, “This is insane. Why would you do this? Not only are you hurting the community, you are hurting a young girl that just wants an education.”

The other girl scouts of troop 12026 concurred.

“Children shouldn’t have to work in these horrible conditions just for some Girl Scout Cookies!” protested Cadet Saniyah.

Cadet Nariya agreed. “Palm oil is bad for your health, so stomp out palm oil.”

“For a company that shows itself as trying to bring girls up, you sure aren’t bringing up the girls in the countries that you are using child labor from” added Senior Eleniz.

Perhaps Senior Lauren summed it up best. “There is no excuse for using child labor when you can pay legal adults to do the same work. Children should be in classrooms and not working on plantations. Because of this, myself and my troop have decided not to sell girl scout cookies this season, and every season until this wrong is made right!”