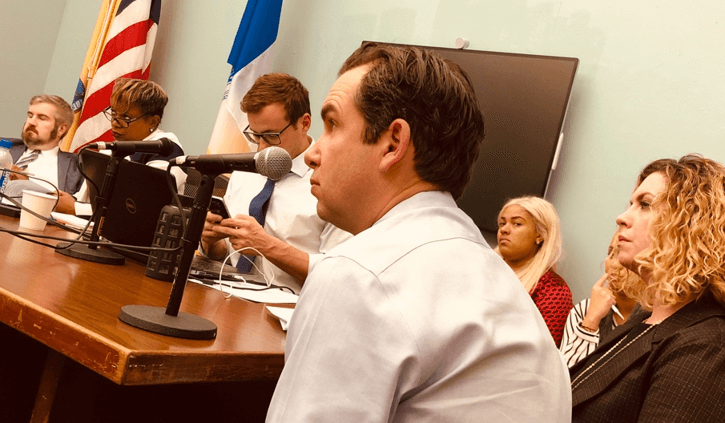 The Jersey City Council’s Caucus meeting held Monday night included resolutions to convert a 5-story residential building into a boutique hotel, and a redevelopment plan for 37 homes in downtown Jersey City. An hour into the meeting, held in the Efrain Rosario Memorial Caucus Room in City Hall, Mayor Steven M. Fulop stopped by to discuss the Arts Trust initiative that could bring in an estimated $800,000 a year for non-profit arts groups.

Accompanied by Director of Jersey City’s Division of Cultural Affairs Christine Goodman, Mayor Fulop spoke to the Council about the Arts Trust, an arts and culture trust fund similar to the 2016 Open Space Trust Fund. The Arts Trust Fund would support local artists and arts education and would be funded by taxpayers at a maximum rate of $.02 per $100 of assessed property value. Mayor Fulop and Goodman want Jersey City voters to decide ‘yes’ or ‘no’ by placing a Referendum on November’s voting ballot.

“This is something we’ve worked on with the arts council for the better part of two years now,” Mayor Fulop said, “trying to find a solution to support arts and non-profits in Jersey City with long-term sustainable funding. We met with a group of about 80 organizations last Monday.”

Ward D Councilman Michael Yun questioned why the 80 organizations couldn’t fundraise for themselves. Mayor Fulop said that a lot of the organizations don’t have the infrastructure to write the grants

“They spoke about the challenges around that,” Mayor Fulop said, “and they spoke about how difficult it is to find funding. This is a challenge arts groups face around the state and the country. We think it’s important to try and help them out because (the arts) are really crucial to a city that people want to live in.”

Goodman spoke of a “severe and pervasive funding gap that Jersey City non-profits face and have faced for a very long time on the state level”.

“(Jersey City is) on the very bottom of the funding list for counties across the state,” Goodman said. “We have Essex, a comparable county pulling in $5 million in funding. The entire County of Hudson gets $200,000 to share, so there’s a huge funding gap.”

Councilman Yun asked what the arts groups would give to Jersey City in return for the funding.

“The story is what they already do for us, “ Goodman answered. “We have theaters, dance companies, but we’d like to talk about the story of arts education. This funding stream could really help programming that reaches children and young people and exposes them to art at a greater rate than they are being exposed to now.”

Mayor Fulop said the Council would set the exact tax rate with a goal of bringing in $800,000 per year which is comparable to the tax brought in to support the Open Space Trust Fund. Councilman Yun went on to say that although it was a good initiative, his main concern was the many special taxes Jersey City residents already pay.

“We have so many special taxes now, ” Councilman Yun said. “I think it’s not the right thing to do. 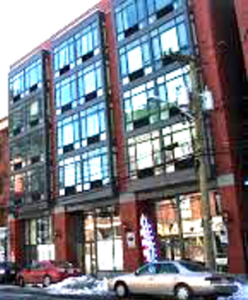 A proposal to change the residential use of a 24-unit building to hotel use for a proposed boutique hotel was brought before the council by Charles Harrington, lawyer for the developer. Harrington said the change from residential use to hotel use would begin the process for a redevelopment plan for 109 Christopher Columbus Drive in Ward E. If the building were to be converted to hotel use, the people living in the five-story building would face eviction once their leases expired.

“If this is passed, what will happen to them?” Council President Joyce E. Watterman asked.

Harrington said that his client would work with the residents to help them relocate.

“My client is looking at that,” Harrington said. “They have rights.”

Councilman Yun said it would be important to speak with local residents and groups like the Van Vorst Park Association to get their input on the conversion.

“I’ve met with the Van Vorst group in the past,” Harrington told the Council.  “We had a similar proposal, and at that time, 4 or 5 years ago, it was really well -received. It’s a boutique hotel concept similar to here.”

Councilman James Solomon of Ward E proposed to spend the next three days meeting with members of the community for their perspective and report back his findings at Thursday night’s Council meeting.

“Before we move forward, I would like to see a financial analysis,” Councilman Lazarro added. 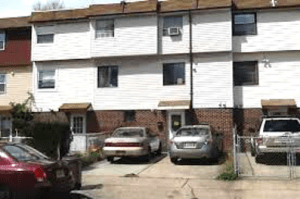 The Council moved on to a resolution concerning 37 homes in Laurel Court and Saddlewood Court in downtown Jersey City’s Ward E, and the approval for redevelopment and “condemnation of the property” because the homes, built in the 1970s, are dilapidated and outdated. If approved, the homeowners could sell their homes to the developer for profit.

“(The homeowners) met with me in 2018,” Councilman Solomon said, “and 37 out of the 38 homeowners on that lot said this is what they want. That is my understanding of where we’re at.”

Councilman Lavarro said the 37 homeowners are likely motivated by an inability to afford living in Jersey City, but he disapproved of the resolution because it doesn’t justify the need for condemnation of the property. The homes under consideration would be “prized homes in other parts of the city,” he said.

Without justification, it seems unlikely the Council will approve redevelopment.