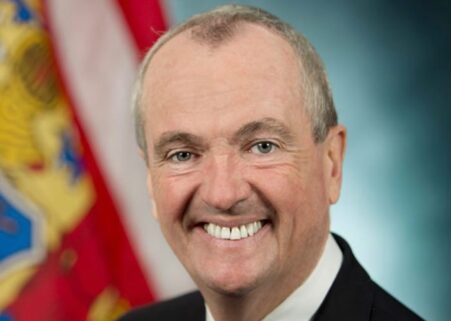 “Besides setting off an unprecedented public health crisis, the COVID-19 pandemic also unleashed an economic crisis that can only be rivaled by two other times in our state’s entire 244-year history: the Great Depression and the Civil War,” said Governor Murphy. “Over the past few months, we have learned hard lessons but also important lessons: that the old answers won’t fix the new problems, and that the old status quo didn’t work for too many New Jerseyans. We must now have the unavoidable conversation about what it means to not only see our state through this emergency but what we will look like when we emerge from it.”

“This budget proposal is not simply about getting New Jersey back to where it used to be but moving forward to where we need to be by building a new economy that grows our middle class and works for every single family while asking the wealthiest among us to pay their fair share in taxes,” said Governor Murphy.

The revised budget was proposed six months to the day after the Governor originally laid out his FY 2021 budget proposal.  Since then, COVID-19 has ravaged New Jersey from both a public health and an economic standpoint, prompting the state to move important April tax filing deadlines to July and extend the fiscal year from the traditional June 30 ending to September 30. As a result, the revised budget unveiled today addresses spending for only the nine-month period from October 1, 2020 through June 30, 2021.

For the traditional 12-month fiscal year, decreased revenue collections left the state facing a $5.7 billion shortfall over what was projected during the Governor’s Budget Message (GBM) in February. The Governor’s proposed budget relies on a series of solutions to help close this gap and protect many shared priorities. As a result, the Governor’s revised budget overwhelmingly preserves many core state programs:

The Covid-19 pandemic has disproportionately impacted low income communities and communities of color. The Governor’s budget recognizes those impacts and protects core programs to aid those communities in their recovery. The revised budget proposal also includes targeted growth to address long-standing disparities and ensure that the recovery includes all New Jerseyans.

Notably, the budget includes a new proposal advanced at the federal level by Senator Cory Booker and prominent economists to launch a statewide “baby bonds” initiative. This program would provide a $1,000 savings bond for the approximately 72,000 infants born in 2021 into families whose income is less than 500 percent of the federal poverty level, or $131,000 for a family of four. When these residents turn 18, they can withdraw these funds to help them pursue higher education, buy a home, start a business, or pursue other wealth-generating activities. This will assist three of four children born in New Jersey.

In addition, the budget calls for an investment of $60 million into the Clean Water and Drinking Water programs to ensure safe and modern water infrastructure statewide and it increases the Earned Income Tax Credit (EITC) to 40 percent while proposing to expand EITC eligibility to assist tens of thousands more young adults.

The budget also includes a nearly $4.9 billion contribution to bolster the state pension system, which equals 80 percent of the Actuarially Determined Contribution (ADC) and represents the largest percentage of the ADC contributed in 25 years.  Additionally, it includes a robust $2.2 billion surplus, which represents 5.59 percent of appropriations over the 12-month period.  The Governor is committed to maintaining this surplus to address the very real possibility of another shutdown due to a resurgence of the novel coronavirus.

The Administration was able to protect these priorities, in part, by tightening state spending while making sure budget cuts were targeted and not draconian in nature in order to avoid the same pitfalls that stymied recovery during the Great Recession. Governor Murphy’s revised budget proposal includes $1.25 billion in spending reductions across all executive state departments including: Medicaid solutions proposed by DHS totaling $336 million; DOC’s inmate population management initiative and other reductions totaling $59 million; and $66 million in solutions proposed by DCF, which will help fund the increased investment in the Children’s System of Care.

In order to curtail painful budget cuts and limit the size of emergency borrowing, the Governor is also proposing a variety of progressive tax policy changes that are estimated to yield just over a billion dollars for the nine-month FY 2021 period including:

The Governor remains committed to tax fairness and ensuring that most fortunate among us—millionaires and large corporations—pay their fair share.

The proposed budget also includes $4 billion in borrowing to help address the massive economic fallout created by COVID-19 and better position the state to weather future public health and economic uncertainties. The proposed loan amount must first be approved by the legislative Select Commission on Emergency COVID-19 Borrowing.

For other coverage of the state’s economic recovery from Covid-19, click here.