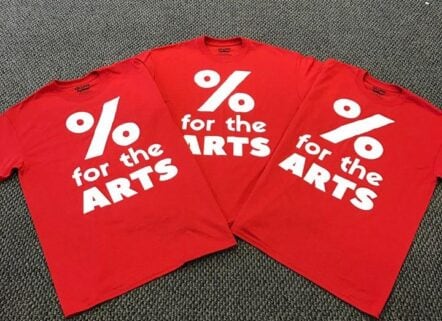 Mayor Steven Fulop is seeking withdrawal of a planned November referendum to create an “Arts and Culture Trust Fund” for Jersey City arts organizations and educators, according to a press release issued by his office yesterday.  The announcement was met with immediate pushback from arts organizations and some members of the municipal council.

If on the ballot and approved, the referendum would raise approximately $800,000 for the fund through a special levy.  But the mayor now says the coronavirus pandemic is making such a new tax too burdensome.

“We were the first to put out an actionable plan supporting sustainable funding to benefit our burgeoning arts industry and our residents, but the world is changed today, and we want to minimize the impact on our taxpayers as much as possible,” the mayor explained in announcing his request.

“As a homeowner here, I understand the burden of taxes, especially now, however I know the entire city will receive so much in return with a designated arts fund. I think there are options to explore before we cancel an important piece of legislation that the mayor’s office, cultural affairs and the arts community has worked so hard for.”

Samuel Pott, artistic director of Nimbus Dance Works, noted that many arts groups are on thin financial ice due to the Covid-19 crisis.  “Many groups will not survive without intervention. If the arts referendum is pulled, what is the city doing to ensure the survival of the nonprofit arts sector?”

Heather Warfel Sandler, chair of the Jersey City Arts Council, added, “The JCAC fully intends to see this Arts Trust effort through.” That said, she did note, “We have one chance to ask the voters, so carefully weighing the best time to generate support for this is crucial.”

Councilman Rolando Lavarro said he understands the mayor’s motivation.  “Still, it should be noted that the decision to pull the referendum doesn’t have to happen today or in May.  Legally, it could be made as late as mid-August. Between now and August, I think the City should work with artists, social service providers, economic experts and other stakeholders to better understand the needs, hardship and loss that is out there.”  Councilman James Solomon echoed the sentiment.   “The conversation is premature. The Council has until August to determine if the referendum should move forward. We must carefully weigh the economic pain of taxpayers with the financial struggles of artists and arts organizations, who may need emergency funding to remain in existence.”

The mayor’s decision does have supporters. Councilwoman Mira Prinz-Arey joined in the mayor’s request, but promised to “continue to fight for them and support” the arts organizations.  To other supporters, such as councilwoman Denise Ridley, the issue is simply one of timing.

“I believe the best way to prepare as a municipal government is to find ways to cut back on spending, give residents breaks where we can and do our part to support residents’ needs. Art is an important part of Jersey City culture and definitely something that should be revisited once we are on more stable ground,” she said.

Hey there, Jersey City resident. Do you support your local arts institutions? You do, huh? Would you be willing to pay to keep them solvent?

The municipal government is wagering that you would. Last Wednesday, the Fulop Administration declared its intention to create an Arts Trust Fund designed to channel public money to Jersey City arts organizations. Unless the government reverses direction, there’ll be a question on the ballot this November, and you’ll get to decide whether a Fund like that is something the town needs.

Make no mistake about it — this is a tax. To be specific, it’s an incremental bump in property taxes, and property taxes are already a site of considerable local controversy. The exact rate of the tax hasn’t been fixed, but according to the City, it won’t exceed two cents per hundred dollars of assessed property value. Should voters approve this measure, the municipal government expects to take in $800,000 to $1,000,000 annually, all of which will be dedicated to arts organizations.

That is, to put it mildly, a lot of paintings. For an arts organization working with narrow margins, an infusion of money from a Fund as substantial as that could mean the difference between survival and extinction. Yet there are thousands of artists in Jersey City. Who will decide which ones merit public financial support, and which ones are unworthy?

So far, the City has been inexact about this. According to a statement from the press office, the municipal government intends to form a committee that includes “local leadership, community members, artists, and other stakeholders,” which could mean anybody. It’s likely that the municipal government hasn’t figured it out yet. Nevertheless, seats on a board like that are going to be coveted. The chair of a committee with a million dollars to distribute will instantly become a power broker. Jersey City has long maintained an office of Cultural Affairs, but it isn’t a centralized authority with genuine grantmaking capacity. This would be.

The proposal is modeled on the city’s Open Space Trust Fund, which has raised, through taxation, millions of dollars for local park improvements. Last year, the City began spending that money, allocating $3,000,000 to greenspace projects around town, including La Pointe Park, Van Vorst Park, and Reservoir 3 in the Heights. There’s no sign that these projects aren’t popular, or that most Jersey City residents regret giving the City the authority to use tax money like this.

But the park system is a public utility. In order to make the case for an Arts Trust Fund, advocates are going to have to argue that cultural organizations are something similar. This is a treacherous path for artists to walk. By no means is it a universally accepted position, even by artists, that the arts can or should have social value. Many of our municipal cornerstones — including the schools — are currently in the midst of a funding crisis. Those in favor of the Trust Fund may need to convince voters that local arts, too, are in peril, and that public intervention is warranted.

Perhaps it is. Many of Jersey City’s best-known arts organizations are growing; some of them are moving into newer and bigger digs in parts of town where the property values aren’t cheap. The municipal government has an incentive to create a nexus of arts institutions that would reinforce the city’s claim to be a worthwhile destination. Yet a cultural center like that comes at a high price. Heather Warfel Sandler of the Jersey City Arts Council points out that there are only a limited number of corporate donors in town. Supplementary municipal support, she believes, would allow arts organizations to thrive, and create free programming that would be directly beneficial to the community. Arts, says Warfel Sandler, contribute to the economic stability of the city.

Longtime residents will recognize that argument.  It’s the same one that was used by arts advocates during the debate over the institution of the Powerhouse Arts District. The PAD was meant to anchor arts activity in the Warehouse District, and create a Downtown haven for creative people and a magnet for visitors. The ordinance passed, and the PAD was instituted, but the neighborhood never developed in the manner in which its advocates hoped it would.  Notably, the social utility of the arts was also an argument used by those who sought to preserve the community at 111 First Street.  Jersey City residents weren’t moved to make an intervention. The building was leveled, and its tenants were scattered.

That was fifteen years ago. Jersey City has changed and grown.  It may be easier to convince residents that a small sacrifice made on behalf of arts groups is worthwhile. Artists, too, might have put aside some of their skepticism about the intentions of the municipal government, and they may be less afraid of concentrating power in the hands of a committee selected by City Hall. But before we journey further down the twisting road from proposal to reality, we’re going to need more communication, and more clarification.