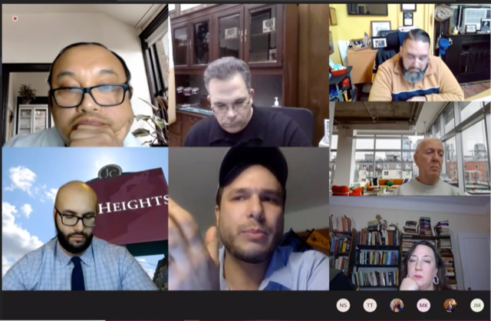 Last night, with only two votes in favor and four abstentions, the city council approved a resolution supporting a change in the way candidates for office are listed on the ballot. Sponsored by Ward E Councilman James Solomon, the resolution calls for “the elimination of rows, line and columns” that research shows tend to advantage party favorites at the expense of independent candidates.

In a 2020 paper, Rutgers University Associate Professor Julia Sass Rubin found that under the current system, candidates placed in the coveted “county line” or “party line” have an automatic advantage over those who don’t “regardless of the office being sought.” In order to receive such ballot placement, the candidate must be approved by the mayor and party chairperson, in the case of Jersey City, Mayor Steven Fulop and Hudson County Democratic Party Chairperson Amy DeGise.

In January, a coalition of progressive organizations and candidates filed a lawsuit which claims that the current ballot design process violates several constitutional rights, including freedom of association and equal protection.

Saleh asked “what is the line going to be replaced with?” Both Saleh and Rivera objected to the resolution’s mentioning of  Bayonne Mayor Jimmy Davis’s recent announcement that Assemblyman Nick Chiaravalloti would be removed from the party line in the June 8th primary in favor of a William Sampson IV.

Said Solomon, “At the end of the day, voters should pick their representatives, not the other way around. And the line provides such a strong advantage to the party machine across the whole state that it really undermines the core idea of democracy.”

The resolution had overwhelming support from public speakers. Mark Devins noted the many great musicians produced by New Jersey but complained that “our ballot design is not something worth celebrating.”

There was more debate from the public on an emergency resolution imposing a rent increase freeze on regulated apartments, excluding owner-occupied homes with 2 to 4 units, and prohibiting the collection of penalties for late rent payments.

Yvonne Balcer called the measure “nothing but socialism.”  “Where is my tax freeze?” she asked.

Ron Simoncini of the Jersey City Property Owner’s Association complained that the council had not studied who needed relief from rent increases and late penalties. “We see that many people people who are on unemployment received greater benefits than they got as wages when they worked.” He claimed that many people who had kept their jobs had stopped paying rent because “there is no threat of eviction.”

The majority of speakers, however, sided with the ordinance. Eleana Little offered that “to abandon our most vulnerable residents at this time and exacerbate the problem would be a moral failure.”

The council approved the ordinance 6-0. 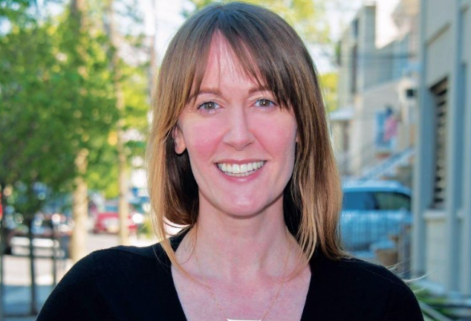 Mayor Fulop announced today that Hudson County Democratic Organization Chair Amy DeGise will join his slate and run for one of the three city council at-large seats in this year’s citywide election.

Lavarro has become an increasingly vocal critic of the mayor and his allies on the council. Asked for reaction to today’s announcement, Lavarro told the Jersey City Times, “The only constant in Fulop’s nearly 16 years in office is that Fulop takes care of Fulop. Once upon a time, it served Steve Fulop’s political ambitions to fight the political machine. Today, it serves his political ambitions to cut backroom deals with them.”

In 2018, Fulop and DeGise fought a battle for control of the HCDO that DeGise ultimately won. At issue was an attempt by Fulop and State Senator Brian Stack to remove Amy’s father, County Executive Tom DeGise.

In today’s press release Fulop spoke in glowing terms of his erstwhile foe. “Amy DeGise has established herself both here in Jersey City and throughout the state as a dynamic leader who cares deeply about issues that impact middle-class families day in and day out.”

Apart from heading up the HCDO, DeGise, 34, has worked as a social studies teacher and served briefly on the Jersey City Board of Education, resigning before the end of her term. She was supported by the New Jersey Education Association.

Said DeGise, “I’m incredibly excited for this opportunity to continue serving the city I love, and I will work hard to earn every vote in this election.”