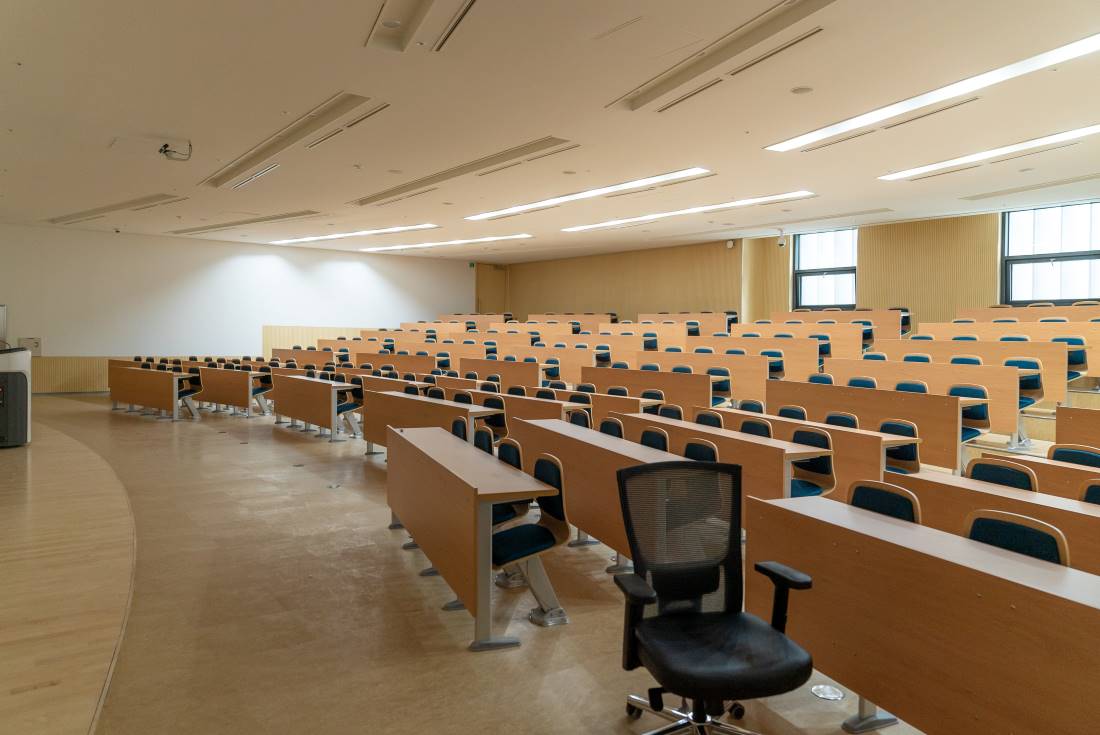 As freshmen prepare to adapt, educators and administrators are still in the early stages of ‘shaping the new normal’ of a college education: part two

Kaitlyn Huamani, a Bernards High School senior, is headed for the University of Southern California’s Annenberg School for Communication and Journalism. 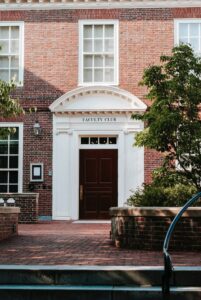 Huamani knows it’s possible, depending on the pandemic’s course, that her first USC semester could be spent at her Gladstone home. “I’d be disappointed, but it wouldn’t be the worst thing in the world,” she said. “Leaving college mid-semester, with new friendships being formed and college activities under way, would be more difficult, but it’s best to be safe and follow guidance that’s in my best interests. I’ll just take it day by day.”

Such are the new considerations for today’s students, as the COVID-19 pandemic remakes a college education or even what it means to be “on campus.”

Until there’s an approved vaccine or treatment for COVID-19, administrators face the challenge of creating a similar college experience to what students and parents heard about on campus tours.

“The end of college as we know it no longer seems like a pipe dream or a nightmare — but a looming possibility,” wrote Steven Mintz, a senior adviser at Hunter College in New York City and frequent contributor to Inside Higher Education. “The vibrancy, energy, campus spirit, the dynamism of the face-to-face classroom and, yes, much of the collegiality of college life are threatened and aren’t readily replaced electronically.”

The remaking of college life also comes — at least in the short term — with tensions and hardships. Some displeased current students have been vocal about their virtual education this spring, with online petitions and lawsuits, seeking tuition refunds similar to those residential students received for room, board and parking.

New Jersey colleges have pushed back. In an online message to her community, The College of New Jersey’s president Kathryn A. Foster responded with an emphatic “no,” noting among other points that students were able to make progress toward earning their degrees.

The spring’s virtual instruction disappointed some students, but college administrators say transitioning class and campus services formats in a matter of weeks was an accomplishment in itself. “Not all virtual instruction is created equal, and for that matter, not all classroom experiences are, either,” said Anne Prisco, president of Felician University, a private Catholic, primarily commuter college, which has campuses in Lodi and Rutherford.

Noting that virtual classes are designed much differently from classroom courses, Prisco said, “We moved nimbly, within a week, to provide students with online classes and support services, including mental health and career development.” With virtual instruction a future possibility, she said, Felician students have been surveyed to see where improvements can be made.

Asynchronous learning, in which a professor can post assignments, learning modules and assessments for students to complete within a designated timeframe, serves a purpose, but lacks the teacher-student dynamics of a traditional classroom. 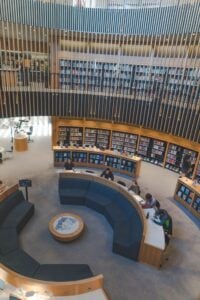 Photo by Harry Cunningham on Unsplash

NJIT says its model of synchronous learning provides an “anywhere” classroom; through technology, professors and students can meet in real time for face-to-face discussions. “With a minimum of equipment (laptop, microphone, camera, tablet, and document reader), instructors were teaching and interacting with their students ten days after the official close of campus,” according to an NJIT brochure.

Still, said Mintz, to even more closely mimic the classroom experience with virtual instruction, professors will need to think creatively. “For some, online education has them saying, ‘This isn’t my wheelhouse. It’s not what I signed up for — it’s no longer a satisfying experience,’” he said. “Others are figuring out what they need to do to fulfill their obligation to students by providing learning experiences rather than solely classroom instruction.”

One example of what Mintz means comes from Stockton University. Its Lake Fred is not only an iconic presence on the Galloway campus — it is also a learning opportunity. Students in Professor Aaron Stoler’s ecology class made experimental islands in Lake Fred before classes went virtual to test the theory of island biogeography. With them no longer on campus, Stoler attached a motor to his canoe, set up a camera (“The trick is, with technology, not to fall in,” he noted) and donned a lifejacket for a virtual science lesson and then toured the lake as viewers requested updates on its turtles, frogs, otters and plants.

Students: Will they or won’t they come?

But the biggest unknown facing college administrators is whether students will even enroll and under what conditions.

Will they enroll at previous levels or decide to work? Will they want instead to take a gap year or, for incoming four-year college students, fulfill general education requirements at community colleges?

Still, undergraduate enrollment has been declining for the past several years, and even though historically there’s been an uptick during poor economies, it’s unclear if that trend will continue.

According to one national  survey, about one-fifth of high school seniors might change plans to attend college in the fall. Richard J. Helldobler, president of William Paterson University in Wayne, is especially concerned that first-generation college students, who account for a significant percentage of William Paterson’s student body, will become discouraged and choose not to attend. And yet, it’s exactly the time they should, he said, with higher education being the pathway to social mobility and increased earnings.

“These are students who all their lives have been told, ‘You can’t,’” he said. “We need to help them understand and do all we can to say, ‘Yes, you can.’”

Even with changes to family income, the prospect of continued virtual instruction or other factors, college students still have choices — although limited ones — about their fall plans, said Erin Avery, a certified independent educational consultant from Fair Haven, and author of “The College Labyrinth: A Mindful Admissions Approach.”

Expecting more movement than in the past

“There’s always been ‘summer melt’ — a time when some students change their college plans — but this year, we expect to see more movement than in the past. It could be a real feeding frenzy,” she says.

One reason for that beyond the pandemic: Facing U.S. Department of Justice antitrust accusations, the National Association for College Admission Counseling will for the first time allow its higher education members to recruit students committed to another college. Avery cautions, however, that students shouldn’t make deposits at two or three colleges as a way of hedging their bets. “You can only attend one of the schools, and it really leaves colleges holding the bag,” she said.

The best gap years are planned well in advance, she added, although there still might be a few opportunities. If it’s the prospect of virtual learning that’s driving that choice, perhaps reconsider. “Students with learning differences often have a great deal of difficulty with virtual learning, so that’s a valid reason for deferring enrollment,” she said. “However, for others, virtual learning can grow those students who rise to the challenge. The sooner young people learn to adjust to life’s disappointments and develop resiliency, the more successful they will be.”

Maybe it’s resiliency from having a senior year without its best perks — prom, commencement and yearbook signing — in the traditional fashion, but some of the college-bound are taking an “anything goes” approach to the fall.

Greaney plans to study marketing at Rowan University, which was the only one of the 10 colleges he was accepted to that he was able to visit in person for a second time. “I liked Rowan a lot the first time I visited — it’s not too close to home, and I know people there — but the second visit made me feel connected in a way the virtual visits didn’t,” he said. The prospect of virtual instruction wouldn’t faze him, though. “It’s still a learning experience.”

For Radeke, the deciding factors for choosing Ramapo College were the course offerings in her intended major, psychology; cost; and proximity to home. In addition, she said, “A traditional college experience is important to me because I want to get myself out there and experience things that I have not tried yet and meet new people.” However, like other students, she would take online courses rather than defer her enrollment if that’s what is offered.

Even with the landslide of pandemic-related challenges facing New Jersey schools, college presidents say, there have been bright spots and a realization that the decisions they’re making are shaping the future higher education landscape.

“We’re not about to return to normal — we’re shaping the new normal, one that at TCNJ will be true to our mission and values,” said Foster. “We’re in the midst of a worrisome time, but it’s interesting to see where higher education is headed and have a role in its transformation.”

Part One: How the Pandemic Has Transformed the College Experience and Could Transform It Even More

Editorial: Post-Bostwick Avenue: Is it Time for Civilian Oversight of the P...

Which COVID-19 test will give the answers you need?
Scroll to top