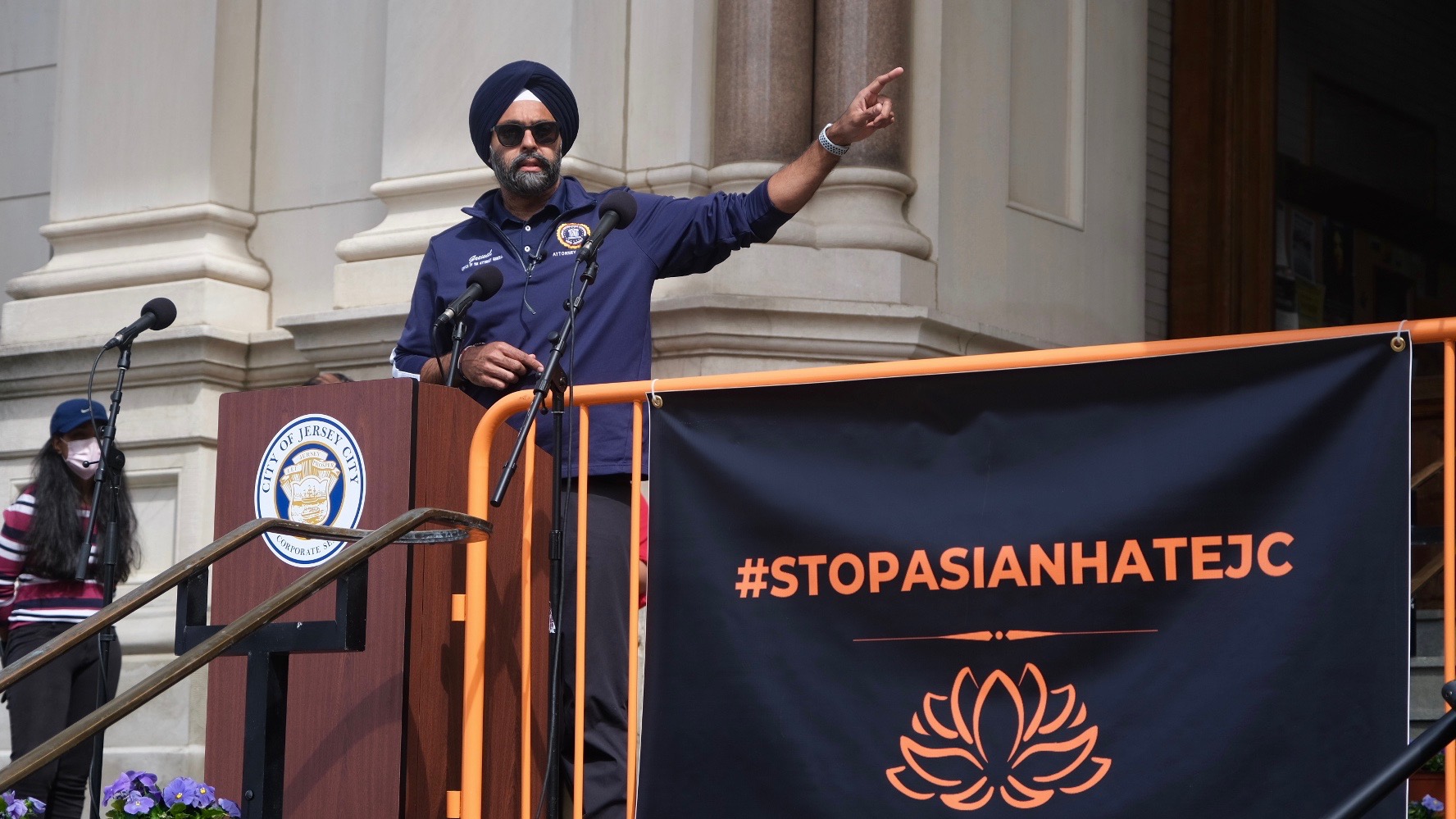 Hundreds of people assembled in front of City Hall this afternoon to protest an upsurge in violence against Asian Americans across the country. Organized by a coalition of immigrant rights and community activists, along with business and civic leaders, the rally took place amidst rising anxiety in the Asian American community following a series of highly publicized attacks. 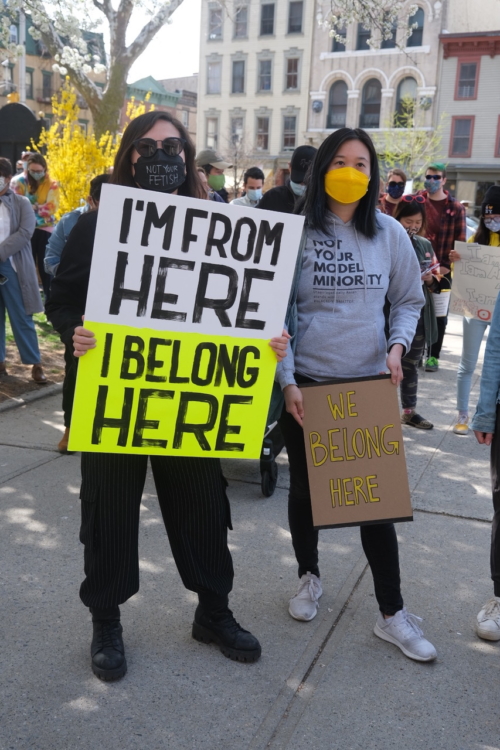 A young Asian American man in his twenties named Randy shared one experience.  “About a year ago, we were walking in the Newport area and there was a gentleman who yelled at us to go back to China and that we didn’t belong here. It happened in Boston as well.”

Vernon Richardson speaking on mayor Fulop’s behalf, recalled the how the late Michael Yun told him that “you can anticipate a rise in anti-Asian violence” as a result of Covid-19.

Richardson was interrupted by a woman in the audience who asked where the mayor was. “Where is he [Fulop]? He’s the mayor of this city and I’m a native of this city. I’m an Asian American woman. Where is my mayor that I actually voted for?” Cheers and clapping arose from the crowd.

Assemblyman Raj Mukherji spoke of America’s long excluding Asians. “For the last four years we had a commander in chief who fanned the flames of hate. Hate becomes normalized. It comes out of the shadows.”

If there was a headliner, it was New Jersey Attorney General Gurbir Singh Grewal, himself a Sikh-American, who recalled the fear experienced by Asian-Americans in the wake of the “Dotbusters” attacks on Indian Hindus in Jersey City in the fall of 1987. “We will use all the tools we have as a law enforcement agency…to root out this problem.”