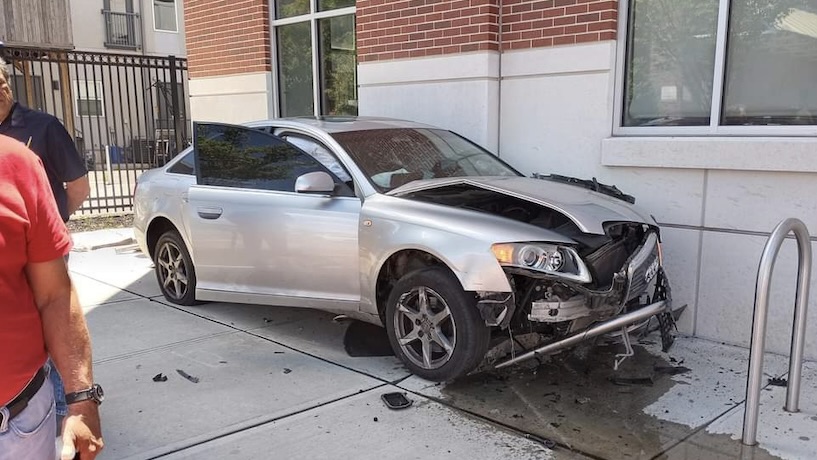 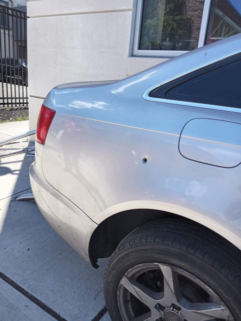 For the second time in less than a year, city employees located at the Jackson Square Municipal Complex on Martin Luther King Drive have been reminded of the crime problem in Bergen-Lafayette.

At 1:15 pm today, a city employee shared photos of a stolen silver Audi that had crashed into the side of Four Jackson Square. A bullet hole can be seen in the right rear quarter panel.

The employee appeared to be take the crash in stride commenting “never a dull moment around here.”

This isn’t the building’s first experience with bullets.  In October several windows were shot out at the same building, leaving workers on edge.

In 2019, workers expressed concern about security after a mass shooting at a nearby kosher market which left several people dead.  At that time employees asked for the installation of bullet proof glass, a better locking mechanism on the main entrance, and active shooter training, which the city has reportedly conducted.

Report: Pompidou was the Brainchild of Developer Charles Kushner