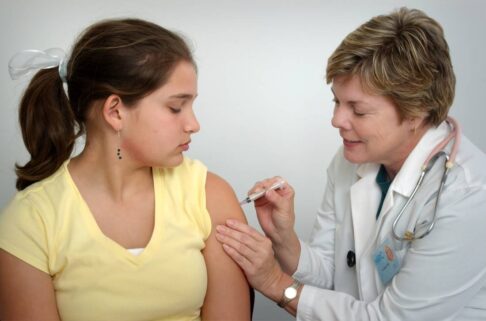 Once the U.S. Food and Drug Administration gives its approval, which is expected Thursday, hospitals could begin vaccinating staff within 24 to 72 hours, Health Department officials said

New Jersey health officials said they are confident that the COVID-19 vaccine is safe and effective, based on the information they have reviewed, and hope hospitals could start immunizing the most at-risk individuals within a few days of it receiving federal approval.

Gov. Phil Murphy had said the vaccine program would not begin without a state-level review of clinical trial data in addition to the national Food and Drug Administration approval. The FDA is scheduled to meet Thursday to determine if Pfizer’s vaccine should receive an emergency use authorization, which would enable coronavirus immunizations to begin nationwide.

On Monday, Murphy and Dr. Edward Lifshitz, director of the state Health Department’s communicable disease system, suggested this state review — which the governor has frequently likened to “kicking the tires” on the vaccine — is essentially complete. That means that once FDA approval is secured, hospitals could begin vaccinating staff within 24 to 72 hours, department officials said.

“Basically, (with) everything that we’ve seen so far, I have no reason to doubt that these vaccines would be safe and effective,” Lifshitz said.

The only problem, Lifshitz continued, is that not all of Pfizer’s trial data has been released. “Yes, I’d like to see that data when it is available, but I very much trust those career scientists (tasked with the federal review) that they’re looking at the same things I’d be looking at and if they say it’s safe to go ahead — and we should be hearing that this week — I fully expect that I would agree,” he added.

State officials aim to inoculate 70% of eligible New Jerseyans, roughly 4.7 million people, by this time next year, if the vaccine is approved and shipped as expected.  But some people — including a percentage of health care workers — are concerned its rapid development has compromised safety, something most public health experts deny.

Major hospitals around New Jersey are prepared to receive the first batch of 76,000 Pfizer vaccines within a week, Murphy said Monday. The vaccines will be used to provide the first of two shots to a mix of health care workers at risk for the virus and long-term care residents. Another 76,000 doses needed to complete the two-course vaccine are expected to be shipped within three weeks, health officials said.

While state officials said the timeline for these shipments continues to evolve, Murphy said he anticipates New Jersey will have received between 300,000 and 500,000 doses by the end of December. That includes immunization kits from both Pfizer and Moderna, whose vaccine product is slated for FDA review next week.

Murphy has repeatedly framed the arrival of the vaccine as a “light at the end of the tunnel” for COVID-19, but stressed the need to continue to wear masks, social distance and take other precautions until it is widely available, likely sometime this spring. Since March, coronavirus has infected nearly 371,600 New Jerseyans — including a record 6,000 new cases reported Sunday alone — and been tied to at least 17,300 deaths.

‘A lot of political noise’

With the federal vaccine approval, Murphy also noted that there was “a lot of political noise” surrounding the process in August and September but that has now ended. “That’s literally gone to ground zero for the past couple months and the professionals have been in charge of this, which is really gratifying,” he said Monday, adding he had “no qualms” about taking the shot himself, but didn’t want to jump ahead of those considered a priority.

Murphy didn’t name names, but President Trump himself has repeatedly tried to cast doubts on his government’s vaccine review process. Earlier in his remarks Monday, Murphy noted New Jersey had enjoyed “extraordinary cooperation and partnership” with the Trump administration and welcomed a smooth transition to working with the team being established by President-elect Joe Biden, with which state officials are also communicating.

“I know we will continue to have a good working relationship with (the Trump administration) over the next six weeks — and I would be remiss if I didn’t thank them for all they have done to help our state,” Murphy said, before reiterating his plea for additional federal funding to support local communities, small businesses and individuals who have lost jobs.

Gauging the toll remote instruction has taken on NJ students